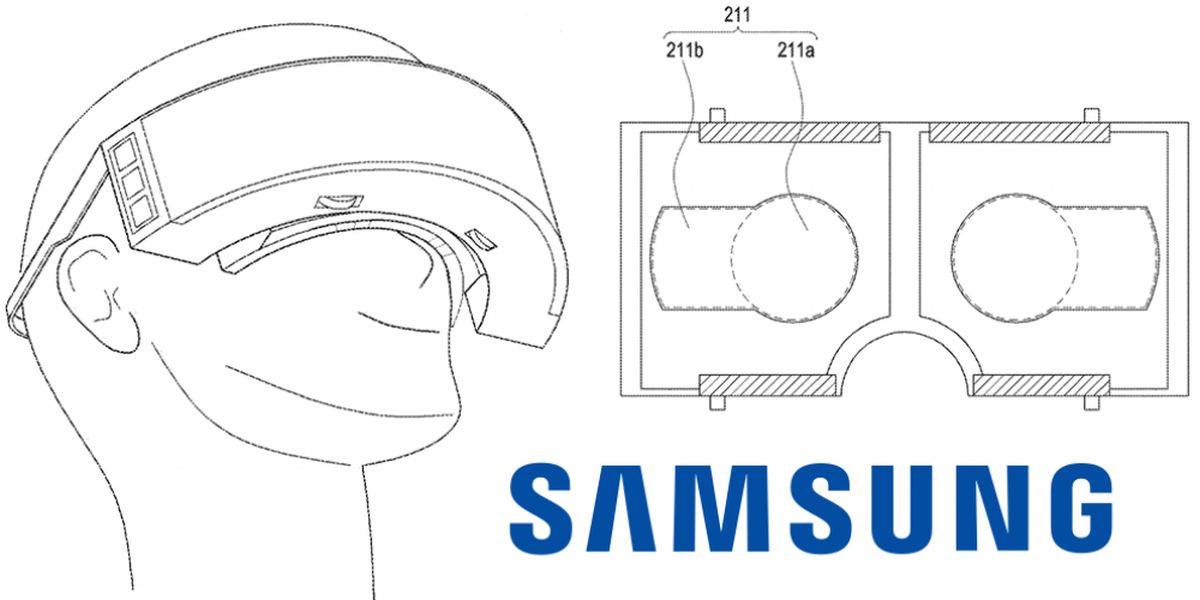 Samsung may have something sweet in the works for virtual reality enthusiasts. The company has filed a patent for a VR HMD with a curved OLED display and a field-of-view of at least 180-degrees.

UploadVR reported the find via a published patent. Here's the "abstract" description of the virtual reality device, taken from that document:

A head-mounted electronic device according to various embodiments of the present invention may comprise: a curved display; a frame having a mounting surface having a curvature such that the curved display is mounted thereon; and a pair of optical assemblies provided on the left and right sides of the interior of the frame, respectively, sop as to provide displayed images to the left and right eyes of the user, the optical assemblies comprising a first lens that forms a view angle of a binocular field of view and a second lens arranged to slope with regard to the first lens, therby forming an additional view angle of the left or right field of view. In addition, the above head-mounted electronic device may be implemented variously according to embodiments.

The combination of one set of fresnel lenses with a field-of-view of 120-degrees and a set of wide-angle strip lenses positioned at an angle would provide a "full vertical field of view for regular vision and partial in the peripheral," the publication states.  There are tons of patents that go unused, so there's no telling if Samsung will actually follow through with the VR HMD laid out in this particular breakdown. The company could engineer one exactly like it, it could utilize a specific element from it for a different design, or it could do nothing.

Nevertheless, the HMD shown in the concept images looks surprisingly small. Getting such a wide field-of-view in a smaller, more comfortable VR HMD would be a significant accomplishment for the company and for the virtual reality industry as a whole. Stay tuned to Shacknews for additional updates.