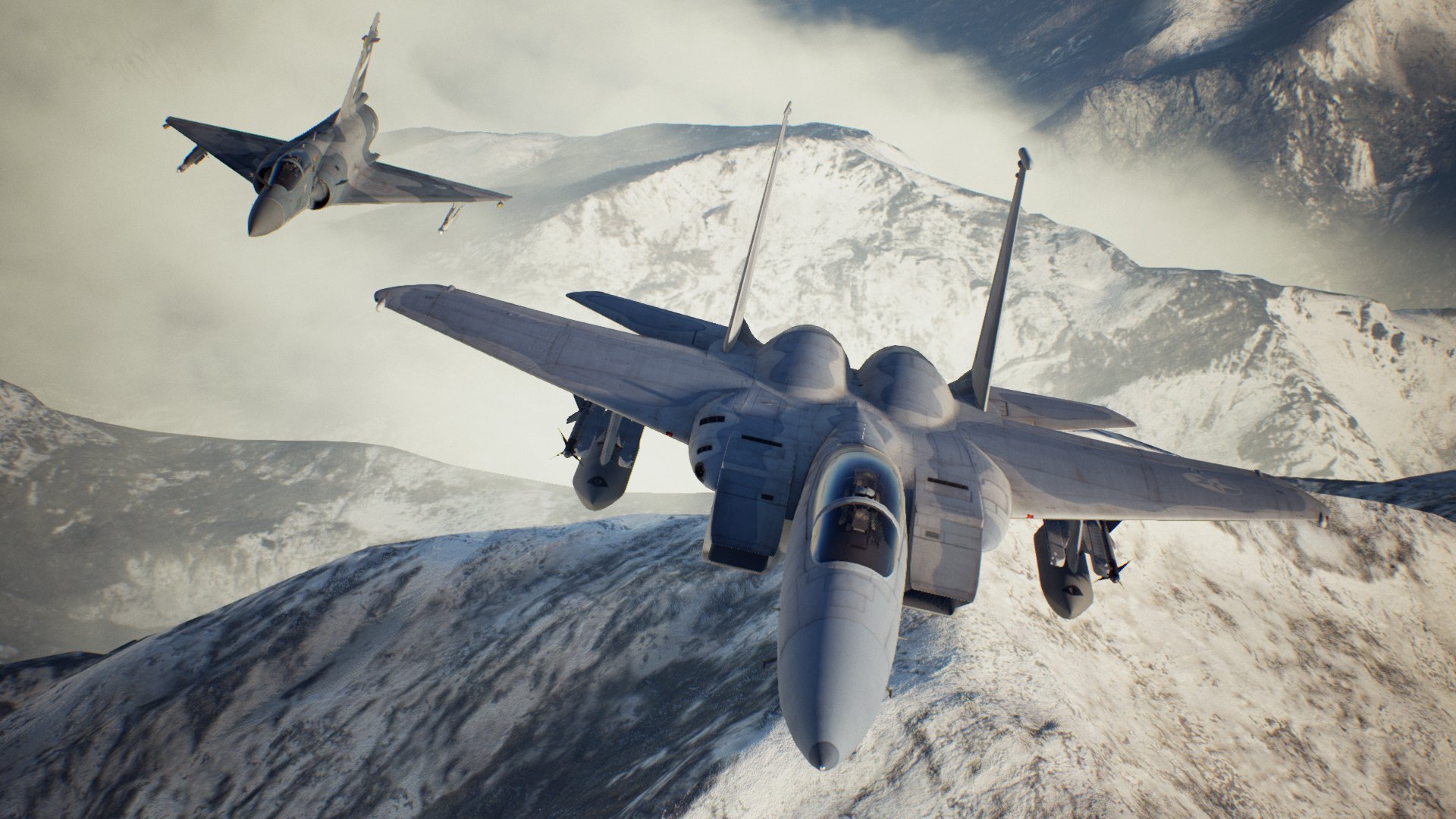 Video games allow us to do things that we couldn't or otherwise shouldn't do in real life. One such example is dogfighting. Most people won't get a pilot's license in their lives, and fewer still will go on to train in and fly combat aircraft. That's why it's fun to pick up a game like Ace Combat 7: Skies Unknown. Bandai Namco's latest jet-fighting title gives players a taste of the ace pilot lifestyle without requiring years of experience or running the risk of losing life or limb. Of course, the video game equivalent of flight combat is nowhere near as thrilling as the real-world activity, though Skies Unknown does manage to get remarkably close, especially with its new PSVR gameplay mode.

Ace Combat 7: Skies Unknown is the seventh main installment in the storied combat flight simulation series, assuming we aren't counting the 2006 release of Ace Combat Zero: The Belkan War. The story follows the player character known as Trigger as well as a young woman named Avril Mead as both get swept into the drama of international war. Avril is an aircraft mechanic who is captured and imprisoned after unknowingly taking flight during the onset of the war between Osean, Usean, and Erusean forces, while Trigger is an Osean pilot whose career and reputation plummet after a rescue mission ends in an apparent accident.

The game's story unfolds during a series of cutscenes before and after each mission. The plot is somewhat hard to follow, mostly because of the similar-sounding names of the warring nations and the game's tendency to provide background information that is mostly irrelevant to the mission at hand. Fortunately, after the cutscenes have concluded, players are given the option to review mission details and sort out their aircraft and weapons before taking to the skies, where the real action of Ace Combat unfolds.

Flying with the boys

Given that the word "combat" is in the title, it won't come as any big shock to find that most of the game's missions involve shooting, blowing up, or otherwise destroying any opposing aircraft or military ordnance. There isn't a huge variety to the action: Generally speaking, players will drop into a mission and be ordered to take out all of the incoming enemy crafts and/or protect an allied craft or base. At their disposal will be a number of different aircraft and weapons, with new options and further upgrades that can be purchased using MP earned after completing missions. Aside from enemy fighters, pilots will also have to deal with variable weather conditions including wind, rain, ice, and even lightning.

Though the main campaign is fairly straightforward, there a few surprises along the way. Many missions have goals that change over time, and at least one mission ends in a way that might seem unusual — no worries, it's all part of the plot. Still, the bulk of the action centers around the signature Ace Combat blend of fast-paced flying and all-out aerial combat. Series followers will certainly be pleased — Skies Unknown's flying mechanics feel tight, manageable, and polished — but those unfamiliar with flight combat games may find the action gets repetitive long before the campaign has run its course. This is especially true considering that aside from other military aircraft, there's very little to see in the game otherwise, as earthbound environments appear lifeless and most enemy crafts explode or evade before players can give them a good look. Luckily, a couple of multiplayer modes help keep the action fresh once the main campaign has been completed, including both eight-player deathmatch and four-versus-four team deathmatch.

Heavens in your eyes

In many ways, the new VR component of Ace Combat 7 is the highlight of the experience. There are only three VR missions in the game, but they serve as shining examples of just how fun virtual dogfighting can be. The aircrafts themselves are rendered faithfully, with virtual cockpits positively stuffed with all manner of buttons and toggles, though none of them can really be interacted with. Players can swap minimap, radar, and weapon detail views between screens mounted within the craft's instrument panel, while the rest of the pertinent information is displayed on the pilot's own heads-up display.

Of course, unlike in the main game, PSVR players can look out from the cockpit and enjoy a 360-degree view of the sky in its full dizzying glory. Being able to look around in VR is a serious benefit to pilots because it allows them to track enemy movement with their heads and make adjustments to the aircraft's heading independently. This simple shift in gameplay makes Ace Combat 7 in VR feel so much more realistic, and perhaps unsurprisingly, it also carries tremendous potential for nausea. Seriously: A few minutes zipping and spinning around in a jet in VR is probably more than enough to turn most people's stomachs.

Virtual reality games are all about immersion, and Ace Combat 7's VR mode really drives that notion home. It feels much more exciting than the main game, and that's solely because it's so much more intuitive; the form and function of virtual reality headsets are simply better-suited to flight games than traditional two-dimensional displays. The sensation is so novel, and the gameplay so much more satisfying, that I wound up wishing the entire game had been created with VR in mind. However, with that said, players would probably have to have an iron stomach to get through the full AC7 campaign in VR, or at the very least keep a waste bin nearby for all of the inevitable emetic reactions.

Take to the skies

Flight combat games are meant to offer close approximations to the feeling of being in a tense dogfight miles above the earth's surface, and once again, Ace Combat does not disappoint. The game's PSVR missions are particularly good in this regard; so good, in fact, that they even manage to outshine the considerably polished traditional gameplay mode. Series fans will no doubt enjoy all of the latest additions to the formula, particularly the weather effects and the two multiplayer offerings, but for a truly dazzling experience, the PSVR missions are hard to beat. It's not a game for everyone: The challenge and fairly repetitive mission structure could turn away casual players or those new to the series. Still, Ace Combat 7: Skies Unknown should serve to satisfy players craving a healthy serving of high-speed aerial combat, especially those who happen to have PSVR.

This review is based on a PlayStation 4 download code provided by the publisher. Ace Combat 7: Skies Unknown is available now in retail and digital stores. The game has been rated T for Teen by the ESRB.