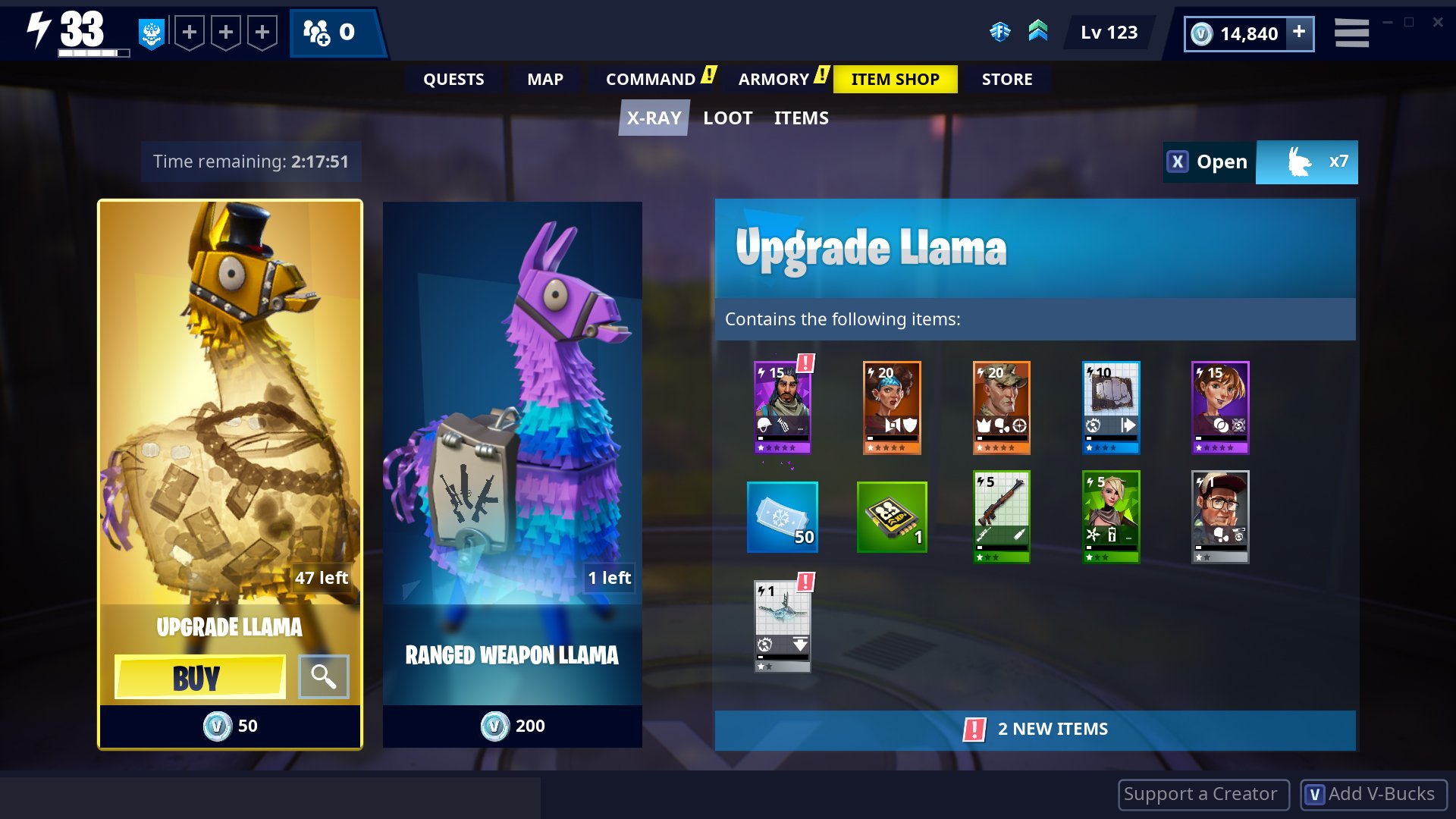 Fortnite is bringing big changes to its Save the World V-Buck Llamas, and Epic Games took to the official Fortnite blog to run down what's being altered.

The llamas, essentially Fortnite's form of loot boxes, will now offer previews starting in update v7.30 that show you all of its contents without you having to buy it first. This means the introduction of "X-Ray Llamas," previously known as "V-Buck Llamas," is changing everything.

X-Ray Llamas will remove the sometimes frustrating element of chance and let you see exactly what you're getting into before you buy in. If you don't like what it has inside, you can wait until the daily store refresh to buy some other goods. By removing the element of surprise, Epic Games is ensuring you don't have to worry about being stuck with goods you don't need or want during your Fortnite sessions.

This will all come to fruition soon, and after update v7.30 hits, any Llama available in the V-bucks store will show you its "innards," so to speak. All prices will stay the same, and you can still earn llamas through gameplay. The price won't change, either, just because you saw the upgrades. Any item can still come from the cheapest llama, too. So if you wait long enough, you may be able to pass through enough rotations to get the item you've been coveting on the cheap.

The items you can get, however, are based on your account in order to apply prevention from dupes. Certain items can be directly purchased with resources earned in-game, and you can still open all the Llamas you want, of course. However, you won't be able to purchase multiple Llamas at once, it's important to note. Also, Mini Llamas and Event Llamas are still normal, so you won't be able to see inside of them.

All Save the World players will be getting 5 free Llama Upgrade Tokens to take the new system for a spin. If you're interested in hearing more about the new update, check out the official Fortnite blog.