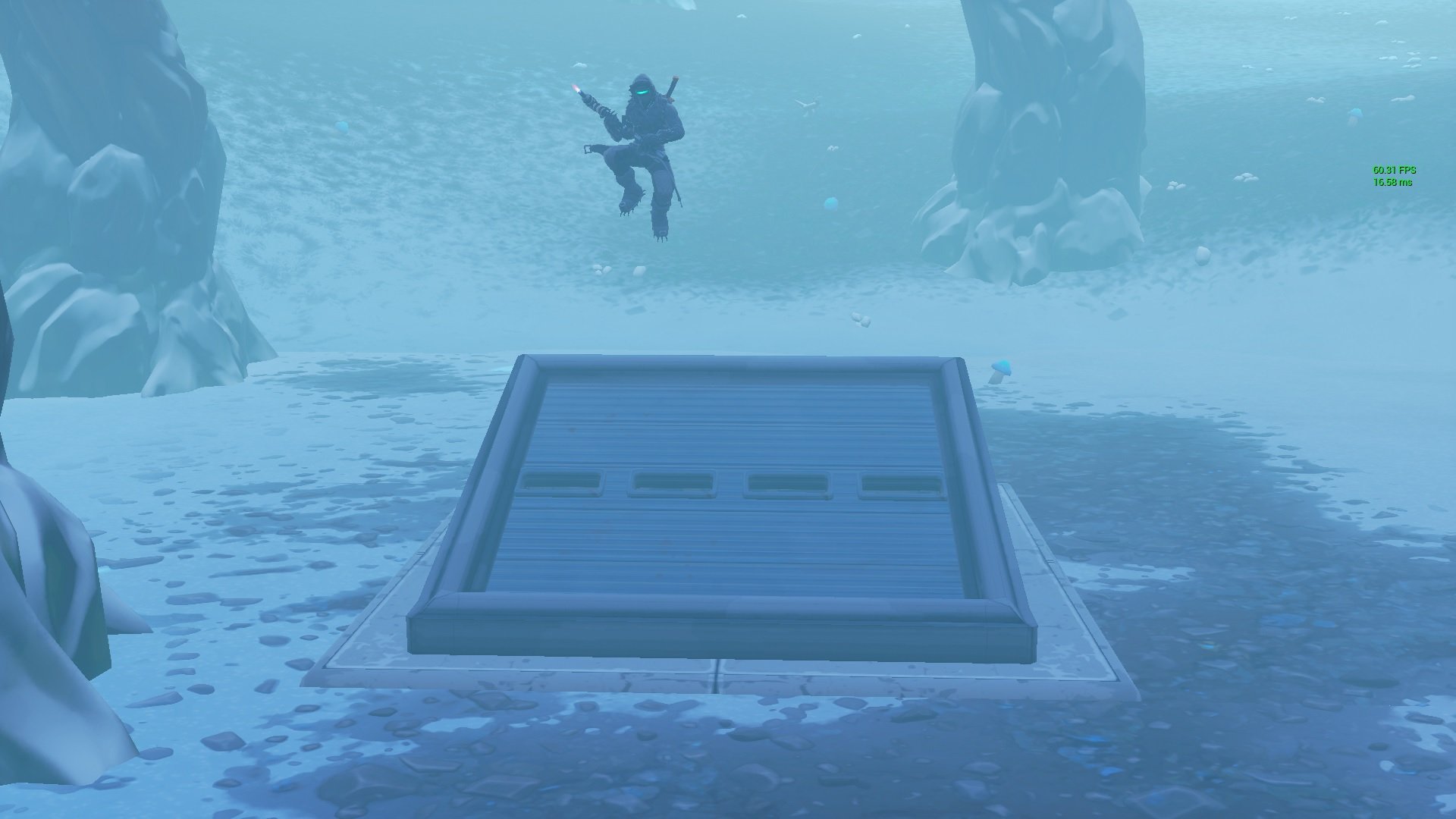 Week 8 of the Fortnite Season 7 challenges are underway, and we’re here to help you out in completing the final stretch of the Battle Pass. One of the more complex challenges this week asks players to search between a mysterious hatch, a giant rock lady, and a flatbed on the battle royale map. If you’re not aware of where these three locations are, this can become quite a time-consuming task.

The three locations mentioned in the challenge form a triangle on the map, in the center, you can find the Battle Star in question. The mysterious hatch can be found in Wailing Woods. This infamous bunker has been subject to never-ending discussion, debate, and theorizing in regards to its relevance to the story of Fortnite. The giant rock lady isn’t as hard to pinpoint, and can be found standing proudly on the hill southeast of Wailing Woods. The flatbed is atop a truck dangling off the eastern edge of the map.

The Battle Star itself can be found on a mountain directly east of Wailing Woods. You’ll notice a patch of dirt not completely covered by snow; approach this spot and the star will appear. All you’ve got to do is interact with it and the challenge will be marked complete, and you’ll tier up in the Battle Pass.

Now that you’ve got the trickiest challenge of the week out of the way, you can move on to some of the more simpler tasks. Week 8 is pretty significant in Fortnite Season 7 as it marks when Battle Pass owners can unlock the black Zenith and Lynx skin variants. Next week we’ll finally get to see what the mysterious Snowfall skin turns out to be. Take care of those challenges and reap the awesome rewards! Bookmark Shacknews’ Fortnite home page for more insightful guides.