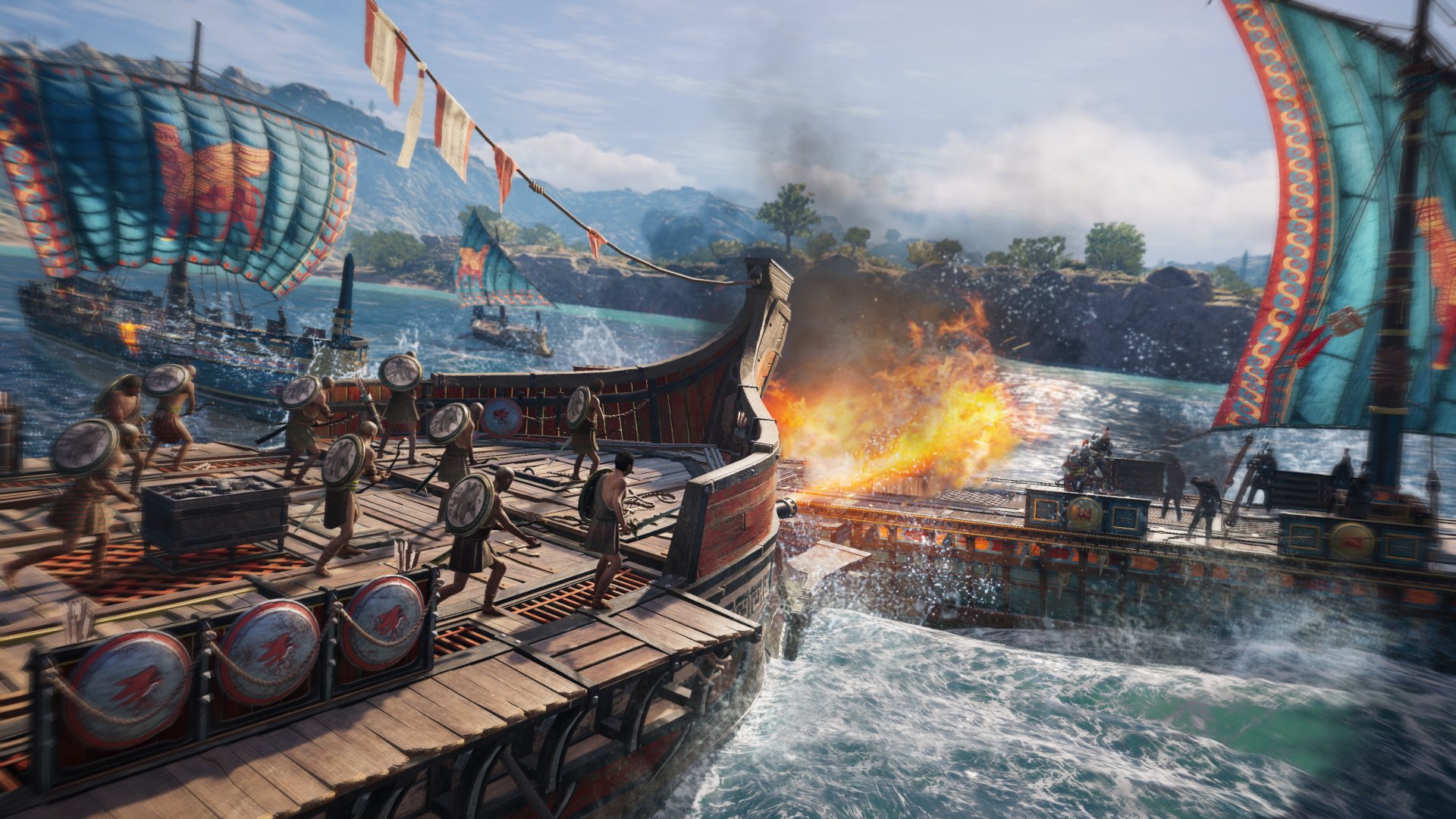 The latest chapter in Assassin’s Creed Odyssey is here and it’s picking up right where the last DLC left off. In Assassin’s Creed: Legacy of the First Blade: Shadow Heritage, players will once again return to their role of misthios as either Alexios or Kassandra to help a group of refugees make safe passage to the open seas by taking out a brand-new enemy known as “The Tempest.” However, the Tempest is not one to be easily trifled with and, along with a healthy-sized army, has a few tricks up her sleeve.

Players must take on the Tempest and her minions while uncovering more secrets about the clandestine group of killers who are currently trying to hunt them down. While I did play a bit of Odyssey early on I was coming in somewhat blind to what had occurred late in the game. Fortunately, the story is mostly self-contained, but I don’t think most folks are going to be playing this if they didn’t get through chapter one of the game’s DLC.

Most of the missions revolve around depleting the naval presence of the Tempest while also keeping the refugees hidden from the local militia. It’s very par for the course and I didn’t have much trouble completing any of the missions except for when a bounty hunter showed up and threw a wrench into my sneaking and stabbing. It was really the only snag in what seemed like a very straightforward entry. Players will also spend time trying to hunt down info on a new flame-thrower weapon for their ships that can make short work of even the larger galleons in the game. However, using the weapon also runs the risk of lighting your own ship on fire.

While a new weapon for the ship is cool, and there a few interesting plot twists that add to the overall mystery of the DLC chapters as a whole, I feel it fell flat in a number of ways. Overall, I felt like there wasn’t anything really new that this DLC added into the mix. I’ve done these missions before and by this point, my character is so OP, that there wasn’t much challenge to getting anything. The only real challenge I faced was taking on the Tempest in melee combat, and I mostly felt like that it was tough due to being unbalanced more than anything else.

When it comes to the story arc for this specific chapter I felt like there were a lot of issues. For starters, the Tempest is built up to be this total badass yet you barely see her or feel her presence until the very, very end of the content. The character does have a twist to her story, but it’s not subtle or hard to figure out. Still, with so little build-up to her story’s climax, it’s hard to feel engaged.

In fact, with maybe one exception, the twists that come your way and the decisions are a bit anti-climatic. While I’m sure some of you have already heard about the DLC’s surprise ending, I’ll just say that it felt forced to me and was quite a bit more “traditional” than I had been while playing the game, which was a bit of a head-scratcher considering how one of my favorite aspects of Assassin’s Creed Odyssey had been how open-ended the decision trees seemed to be.

Personally, I think if you’re going to make DLC it needs to be on par or go beyond the core game in ways that entice players to come back and invest time and money in continuing their journey. While the gameplay is very much of the same quality as the main game in Assassin’s Creed Legacy of the First Blade: Shadow Heritage, it doesn’t feel like it takes anything to that next level. When you factor in that many of the plot elements seem to fall flat, you might be fine sticking to the core game.

Shack Chat: What is your favorite memory from the Grand Theft Auto franchise?
Login / Register