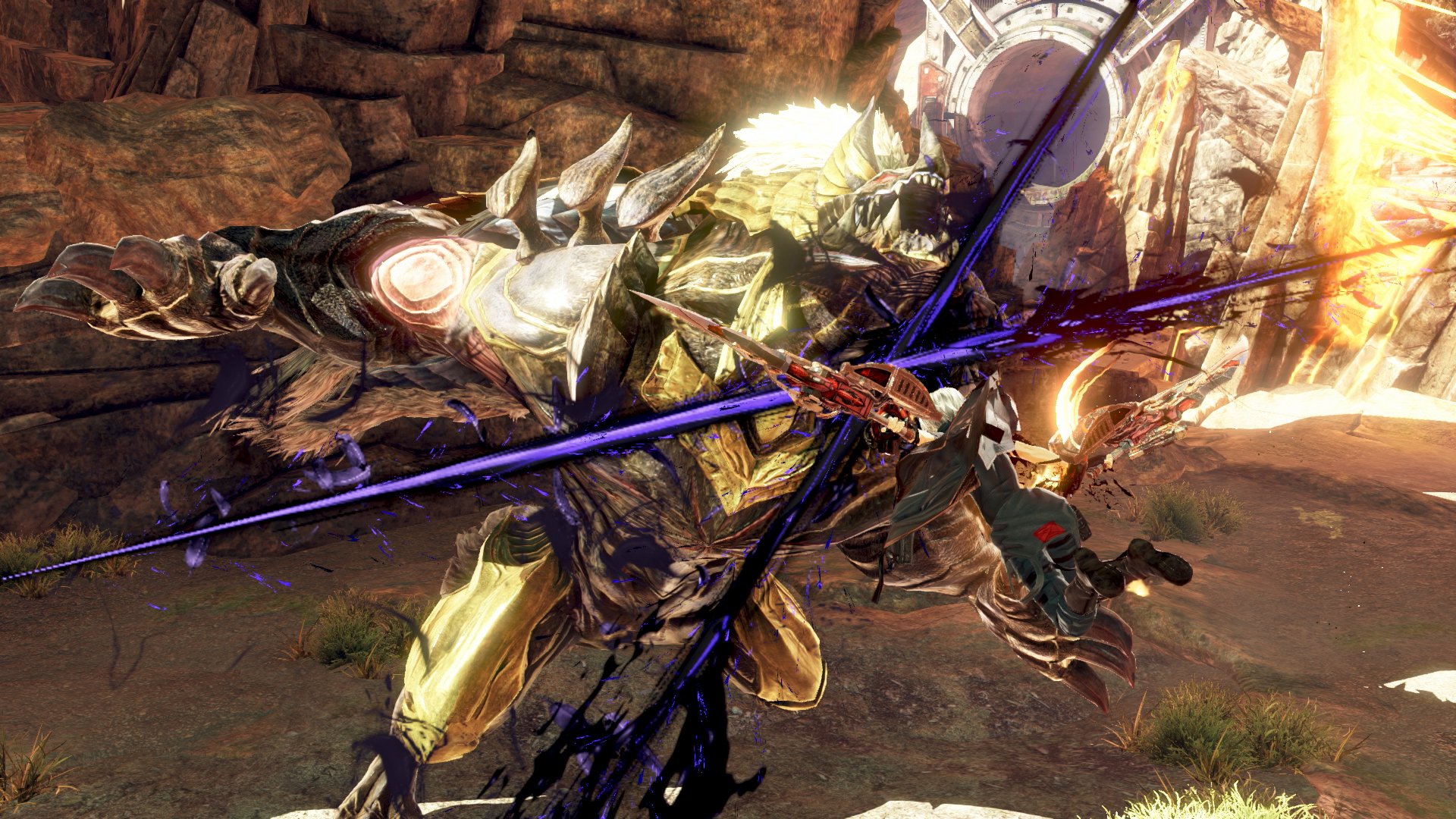 If someone asks you if you’re a God, you say yes. Unless, of course, they plan on chowing down on you. In which case you may want to keep such info to yourself. Fortunately, anyone looking to snack on the divine will probably be able to get their fill with the upcoming God Eater 3. I recently had a chance to sit down with a PS4 build of the upcoming demo and check out some of the game’s new features.

For those not familiar with the God Eater series, it’s core concept is very similar to the Monster Hunter games. Players head out into the field to duke it out with giant beasts known as Aragami using a plethora of various weapons. Each weapon has an alt function that turns it into a gun that can be used with a variety of ammo types. Along the way, players collect crafting items to build a more powerful arsenal and take on stronger creatures.

The main difference between the two titles is that while Monster Hunter takes players on longer, meticulous hunts, God Eater 3 is a more fast-paced, action-oriented experience that gets players into the real meat of a battle very quickly. There’s also a major focus on playing online in four player parties, but players can still take on the game with AI companions who will level up alongside you as you progress through the story.

Along with the standard hack-and-slash moves, God Eater 3 allows players to take a bite out of their enemies using their chosen weapons. After taking a little nosh out of their prey, players will activate a burst meter that will allow them to pull off some special burst moves for a limited amount of time. The bar has three levels that can be filled up to pull off some fancy attack moves and the moves themselves will level up as they’re used more. God Eater 3 lets players temporarily sync their stats together for a major boost in the middle of combat. The big new move this time around though is the Dive system which is essentially a massive counter-attack that can be comboed in a number of ways to do devastating damage to a target.

The visual tone of God Eater 3 is very anime-inspired and the character customization, while light, will allow players to make a unique and possibly adorable avatar with blue hair and cat ears. The Aragami have creature designs have a very technorganic vibe that reminded me a bit of the xenomorphs in the Alien films. Aragami vary in size and shape and abilities. Some will come at you with savage physical attacks, while others may use elemental abilities like electricity to stun players. And while you may be a God Eater yourself, that doesn’t mean the Aragami can’t take a bite out of you as well. Basically, enemies can chomp you down and unleash their own super attacks to take you out as well. Players will have to find the right balance of weapons and skills to take down tougher Aragami.

As a fan of hunter games, I really enjoyed my time with God Eater 3. The anime aesthetic works great for what the game is trying to accomplish, the hunts are nowhere near as long of a grind as the ones in Monster Hunter World, which should allow players to get in and get out in briefer gameplay sessions if they so choose. I don’t want to talk too much about the plot because I feel like I really haven’t seen much of that aspect of the game yet, but if it’s as enjoyable as the arcade-like action of God Eater 3’s levels this could be the year that the series goes from cult hit to mainstream success. Right now God Eater 3 is set to launch on February 8, 2019, for the PS4 and PC.