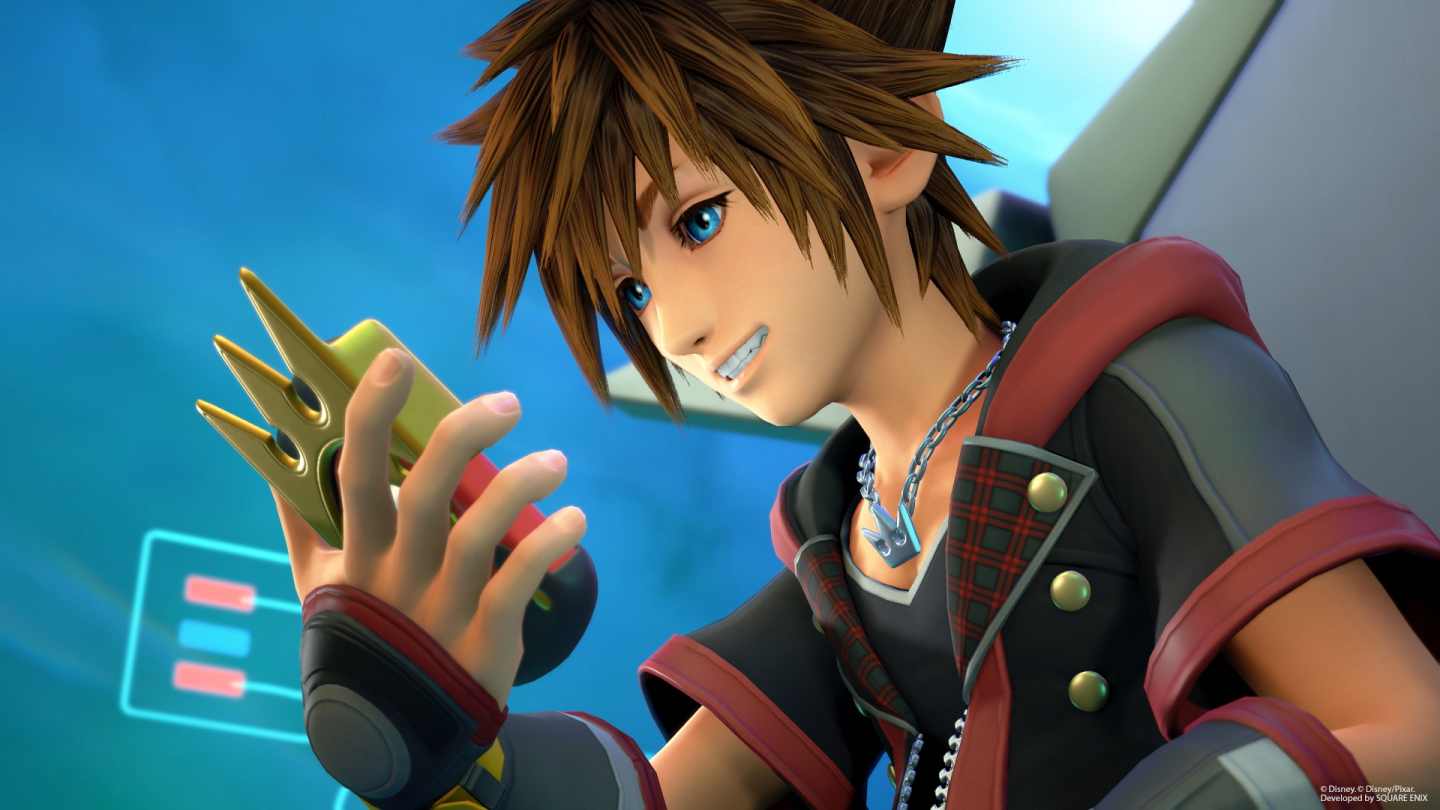 Square Enix is finally taking players back to the world of Kingdom Hearts some 13 years after the previous numbered release. Kingdom Hearts 3 will release toward the end of January, so now is the time players are looking into the game's various special editions and pre-order bonuses. Like with other triple-A releases, there's a variety of extras on offer, and tracking them down involves choosing from a selection of different pre-order offers.

The standard edition of Kingdom Hearts 3 includes the base game without any sort of specific pre-order bonuses. The only way to get added bonuses would be through specific retailer promotions. For instance, GameStop is offering an exclusive fabric poster with any pre-orders of Kingdom Hearts 3, while Amazon shoppers get access to the Dawn Till Dusk Keyblade DLC.

Beyond these two, the offical Square Enix storefront is offering an exclusive Kingdom Hearts 3 sticker set alongside any pre-order purchase for the physical copy of the game. And though it doesn't appear to be a pre-order bonus, Best Buy is also offering one of a set of Kingdom Hearts figural key rings with qualifying purchases of the game.

It's entirely possible that other retailers will have other pre-order bonuses, so be sure to shop around and see what different stores are offering. It's also worth remembering that some bonuses may ship or be packaged separately from the base game.

For players who like all the extra goodies, the Kingdom Hearts 3 Deluxe Edition offers a few added perks over the standard edition package. The biggest draw will likely be the full-color artbook, but the Deluxe Edition also includes a special Steelbook case and Collectible Pin.

The cost for the base game and all the extra goodies is $80, putting the cost of the extras at just $20. Even better, Deluxe Editions still qualify for pre-order bonuses at select retailers while supplies last.

The final special edition of Kingdom Hearts 3 is specifically for die-hard fans. Available exclusively through the official Square Enix storefront, this bundle packs together the Deluxe Edition of the game with three special figures including Donald Duck, Goofy, and Sora, all from the in-game Toy Story world. These figures stand around six inches tall (or around four inches for Donald Duck) and include toy-like articulations that allow them to be placed into various poses.

The cost of the Kingdom Hearts 3 Deluxe Edition Bring Arts Figures bundle is $230, or $150 over the price of the Deluxe Edition by itself. Thankfully, it does include all the other Deluxe Edition bonuses, including Square Enix's exclusive pre-order sticker set.

Pre-order bonuses different between retailers and special editions, meaning players are spoiled for choice when it comes to Kingdom Hearts 3 extras. The game is still a few weeks away from its January 29 release, so there's still some time left to make a proper decision. Follow up with the rest of our Disney/Square crossover news by heading over to Shacknews' Kingdom Hearts 3 home page.