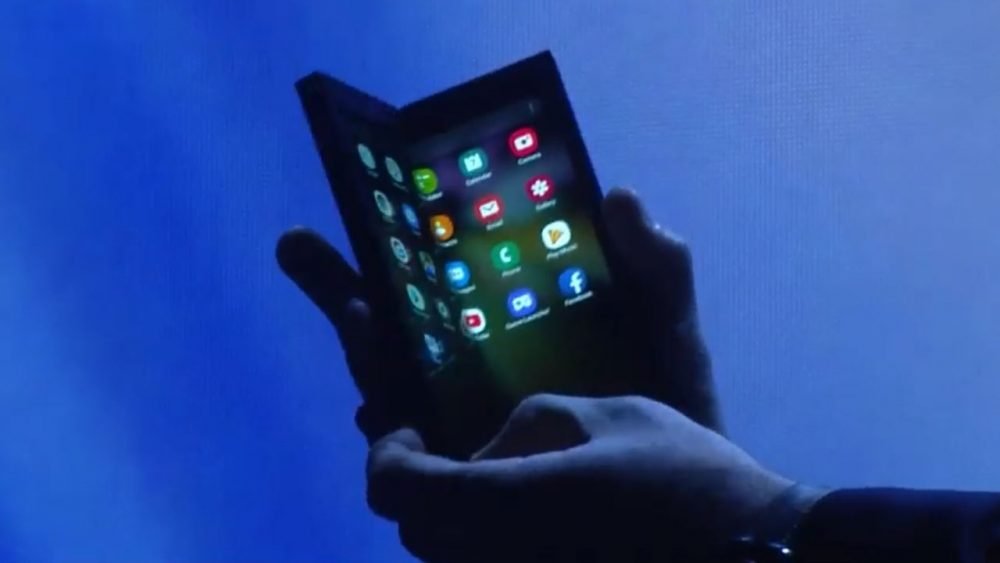 Samsung may reveal phone with folding display at Galaxy Unpacked

Samsung is one of the biggest names in mobile phone manufacturing, and the company is gearing up to unveil its latest flagship device at the upcoming Galaxy Unpacked event next month. The company has confirmed the event's date and an upcoming reveal over on Twitter, and judging by the teaser video, Samsung might just be preparing to roll out a commercial folding smartphone.

The teaser notably showcases the number 10, which most would say likely corresponds with the Galaxy S10, the next in the company's series of flagship devices. However, the video has a distinct black line through the middle, and upon closer inspection, there's a gradient on either side of the line. It could be that this line corresponds with a separation — a bezel, perhaps — between two separate displays with rounded edges. If so, Samsung may be hinting that it's ready to roll out a foldable smartphone. Check it out in the tweet below.

Welcome to the next generation. Galaxy Unpacked on February 20, 2019. #SamsungEvent pic.twitter.com/M1Gh0F9Fs5

It's worth mentioning that Samsung revealed a foldable smartphone prototype back in November of last year. According to Apple Insider, the company's "Infinity Flex Display" was meant to showcase the future of mobile phone design, with a clamshell that opens up to show a large 7.3-inch touchscreen. However, unlike the teaser video, the folding prototype has no discernible break between the screens. It's possible that the folding tech is solid enough to roll out onto the market even if the "infinity" display still needs some time in the oven.

Regardless of what Samsung is ready to reveal, mobile enthusiasts will be able to check out the latest flagship device at Samsung Galaxy Unpacked, slated to take place on February 20. All the good times and possibly even a foldable smartphone reveal can be watched via live stream over on the official Samsung website.