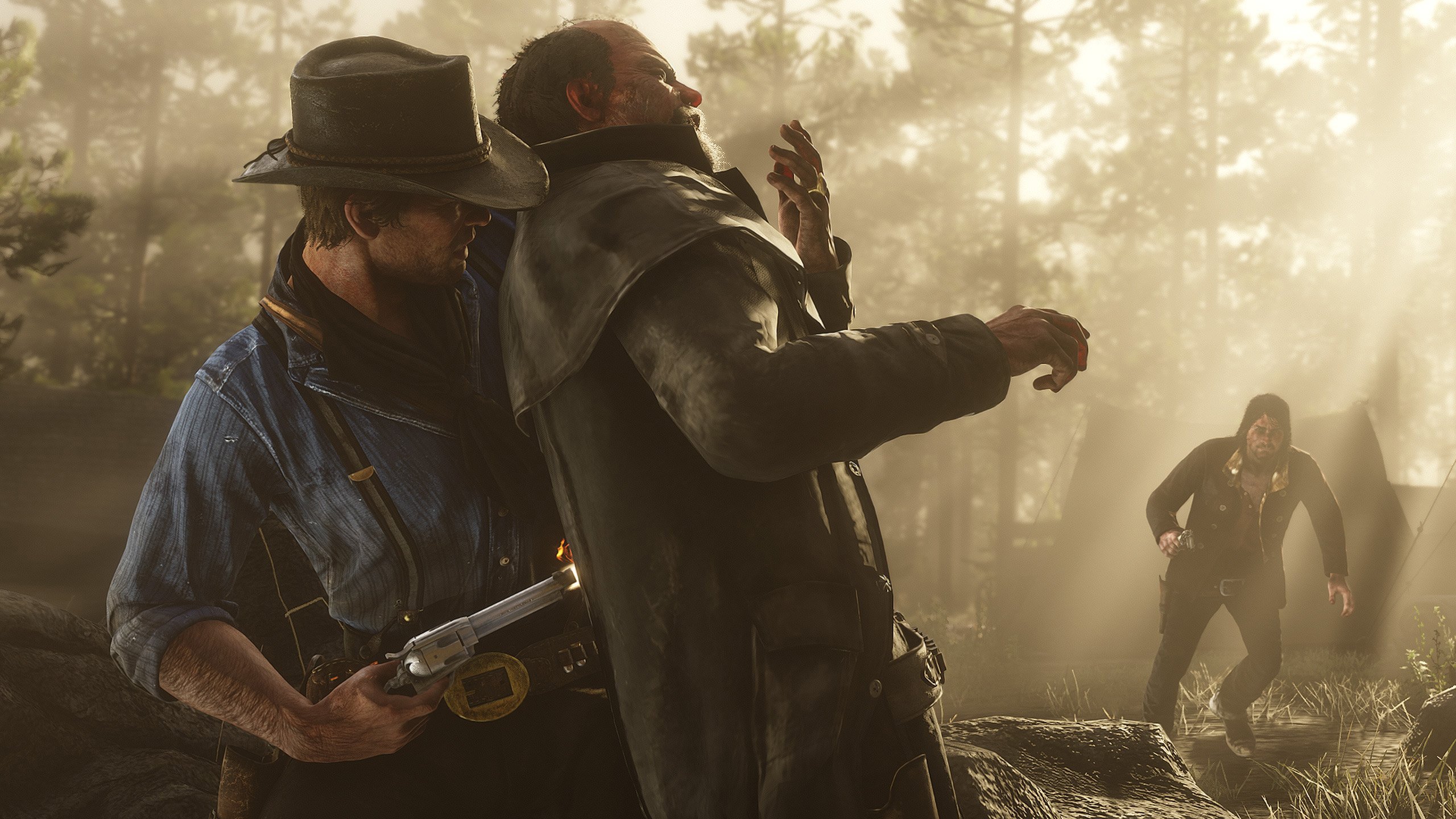 How to play Gun Rush in Red Dead Online Beta

Gun Rush is a new 32 player battle royale mode added to the Red Dead Online Beta in the latest patch. If you want to succeed in this wild western remix of the genre, then you’re going to need to get a few basics down before you dive in. Here are a few things you need to know to play Gun Rush and stay alive in the Red Dead Online Beta.

Like any battle royale mode available in any game ever, there are a few basic things you’ll want to get a hold of before you really dive into Gun Rush, Red Dead Online Beta’s new free-for-all arena mode. Still exploring the singleplayer campaign? Make sure you know how to find all the dinosaur bones in Red Dead Redemption 2.

As with any battle royale mode, using cover to your advantage is going to be key to your success, especially with the cover system that Rockstar has built into Red Dead Redemption 2. You can easily swap between cover, jump behind rocks, trees and other items to keep your body hidden from the view of your enemies. This will be especially useful as you move further into the play area, gathering up weapons and items.

While it can be tempting to take the first weapon that you come across, grabbing that bow you see sitting in the middle of a horse pen might not really help you out that much. Instead, try to look for better weapons like shotguns or rifles. Choose the weapons that you’re using wisely, as they could be the difference between life and death as the match wears on.

Currently players can dive into Gun Rush in a free-for-all or with a team. If you’re going to play with a team, though, you better be ready to communicate as the stakes get higher with more players working together. If you aren’t good at communicating, or aren’t a fan of playing with randoms, then diving into the solo Gun Rush mode is probably going to be your best bet for success.

There’s nothing more frustrating then getting into a gunfight and finding out that you don’t have enough ammunition to finish the battle off. Instead of sticking with your favorite guns, always make sure you have enough ammunition, and if you don’t, try to pick up some more. This will help guarantee you have all the necessary firepower to take down your enemies and come out on top.

You can return to our Red Dead Redemption 2 walkthrough for more help in Rockstar’s hit western.