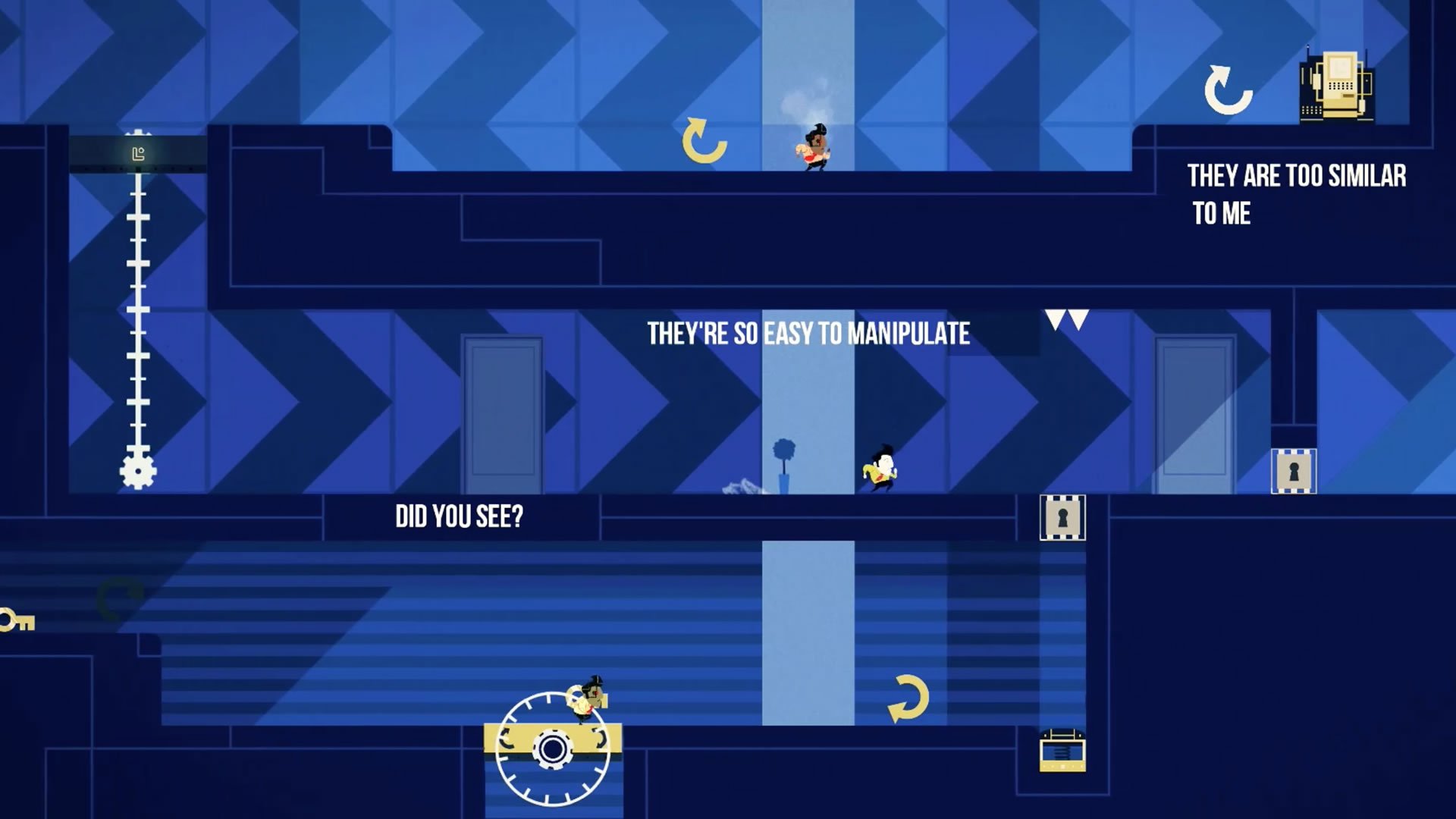 One of the more surprising games to land in 2016 flew under the radar of many players. Klaus, stylized as -KLAUS-, is a narrative-focused platformer that follows the namesake hero through an adventure to better understand who he is and what his purpose may be. Originally launched as a PlayStation exclusive, Klaus is now making its way to PC via Steam, with a release date set for later this month.

It's difficult to nail down just what Klaus does right without spoiling some of its biggest surprises. With that said, the term "existential" very much comes into play throughout the experience. Klaus begins the tale with memory of who or where he is, relying solely on the player to help guide him through the game's stylish industrial setting. Given enough time, he'll stop questioning who he is and start questioning who the player is, why they have control over him, and to what end he is being used for. It's all very trippy, and the fourth wall-breaking nature is uncanny to say the least. Get a feel for it in the new Steam teaser trailer featured below.

Outside of its mind-bending narrative, Klaus is overtly a puzzle/platformer with a few other unique tricks up its sleeve. The player is able to manipulate not only Klaus himself, but also many different elements of the game's environments. The player can "reach" areas that Klaus cannot and vice versa, creating a sort of digital symbiosis that only ties further into the narrative direction.

All the goodies from the PlayStation 4 version of the game look to be carrying over into the PC version. According to a press release, the game includes 6 different worlds, 34 separate levels, two playable characters, a variety of hidden collectibles, and a special Speedrun mode that opens after the main story has been completed.

Klaus is a departure from the norm in all the right ways, and it will be available for PC on January 24 with a listed price of just $15. Keep up with this and other new and upcoming releases by heading over to Shacknews' video game release date schedule for 2019.