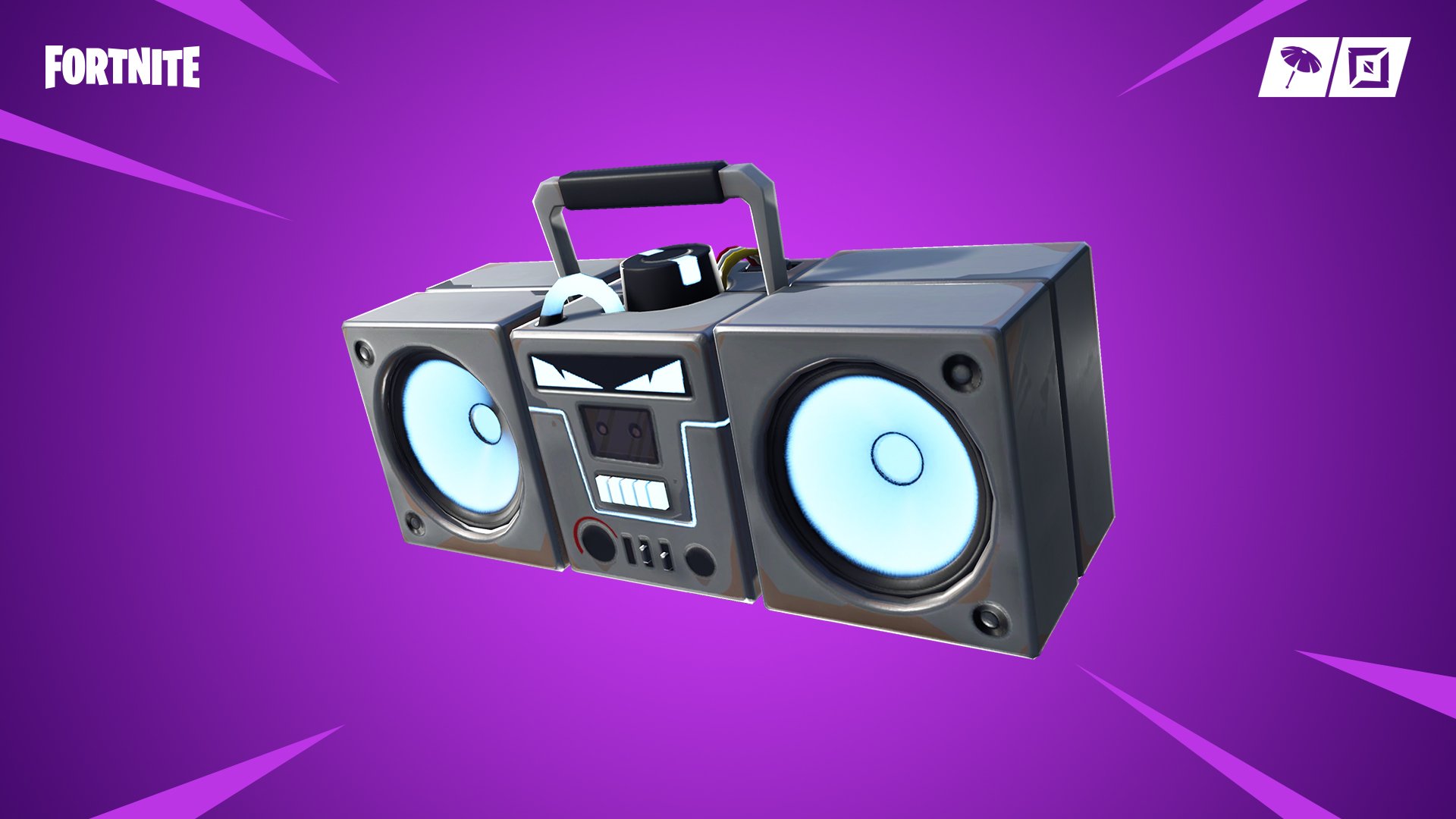 Fortnite's v7.10 Content Update has brought some fun new things with it, including a fun new addition to Battle Royale: the Boom Box!

Fortnite's Boom Box is the latest and greatest item to be added to the game mode, and it lets you crank up the music to toss at enemy structures and tear down their defenses. Pump up the jam, pump it up, and knock down your enemy's hard-fought defenses! Technotronic would be proud. It does this by creating "powerful blasts of music" that deals structural damage over a large area. Any newly-built walls in the Boom Box's radius will be destroyed with every new blast. It must be shot if you want to destroy it.

Ring in the new year with a Victory Royale in either Team Rumble or Unvaulted Duos! 🏆

But that's not all that's coming. The 14 Days of Fortnite event will be coming back, featuring both new and returning Limited Time Modes. Large team modes will be swapped out every two days, while small team modes will be changed every 24 hours. You can log in every day at 9 AM ET to scope out which modes are on offer at the time. Epic Games asks players to let them know which LTM is their favorite across its social channels.

Creative Mode gets some fun new additions, too. There are 8 new Ice Castle prefabs for players to build their own creations with, and 5 Ice Castle Galleries with and without snow. Finally, for Save the World devotees, the Pain Train Assault Rifle is now available in the Weekly Store, as is the Tree of Light Sword, which looks like a Christmas tree with a Loot Llama head. You can unlock it via Frostnite Weekly Challenges.

Check out the official Fortnite v7.10 Content Update patch notes for further reading, and hit up the game now to see the first few Limited Time Modes available in 2019!