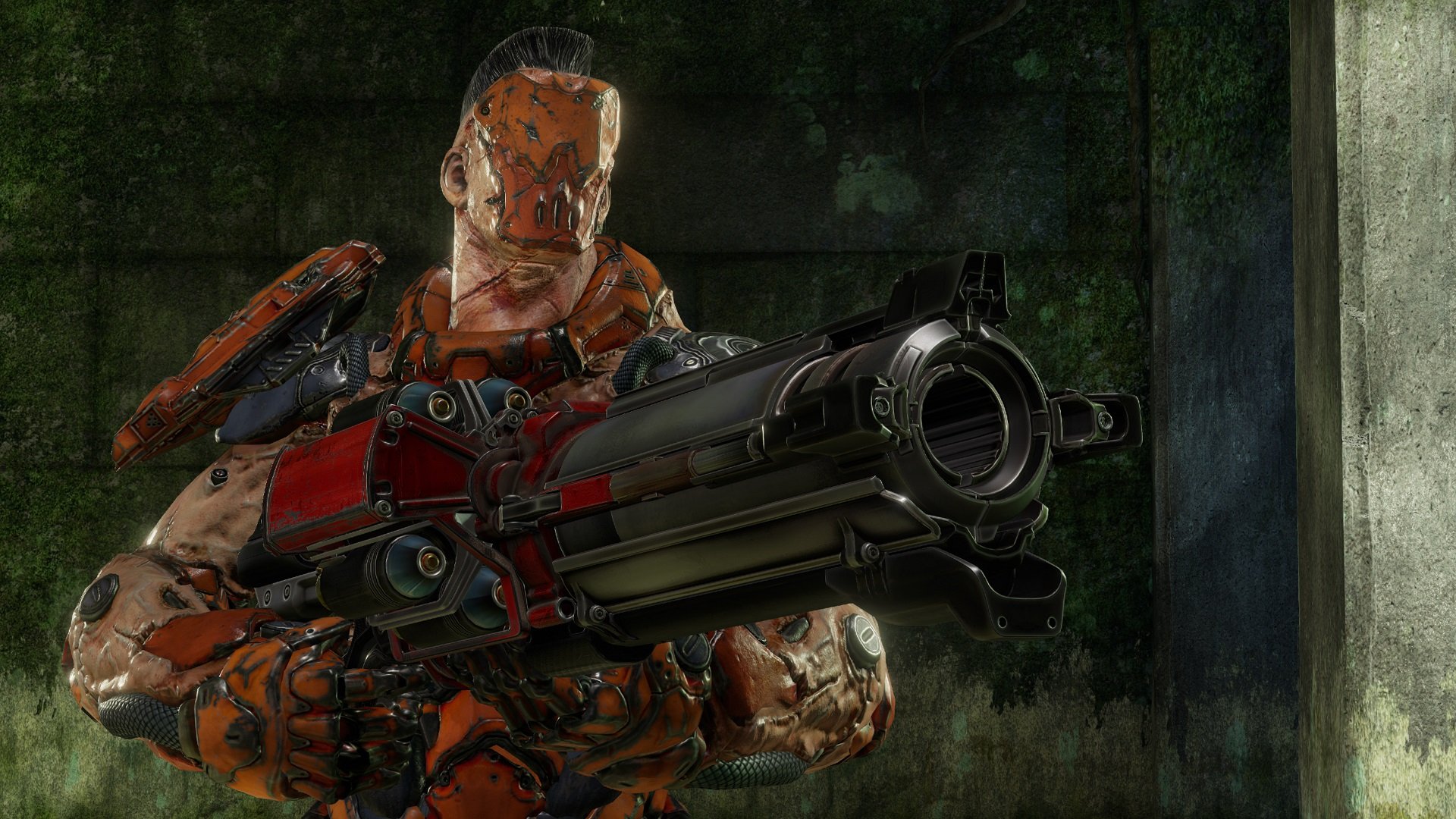 The crew at id Software have rolled out some fresh new content for Quake Champions that should keep players busy over the holiday season. The latest December 2018 update at last marks the return of classic capture the flag or CTF gameplay as well as a new progression system made possible through the Quake Champions Battle Pass.

There's little doubt that players will be most excited about Quake Champions CTF. Bringing in an old-school mode is always a popular choice among longtime fans, and the developers have created a new CTF-specific map called Citadel where all the action goes down.

The December update also introduces the Battle Pass. Available for 1,000 Platinum, the 100-tier Battle Pass includes a free progression path as well as a paid progression path. Whether players choose to pay or not, they can expect a series of free items, though paying players will be eligible to receive more exclusive items than non-paying players. The Battle Pass update also shakes up a bit of the economy, consolidating currencies and removing Backpacks as well as Chests.

Among the other changes is the option for players to upgrade their Champions by completing challenges. According to a press release for the update, "accomplishing Weekly Challenges and leveling up in Battle Pass will both reward players with 'Shards,' a currency that can be spent to unlock items unique to each Champion."

Quake Champions fans and other followers of the venerated FPS series who want to learn more about the latest December 2018 update can find more specifics about new additions and a FAQ page for the Battle Pass over the official Quake website. To brush up on the games slated to land in the new year, be sure to check out Shacknew's video game release date schedule for 2019.