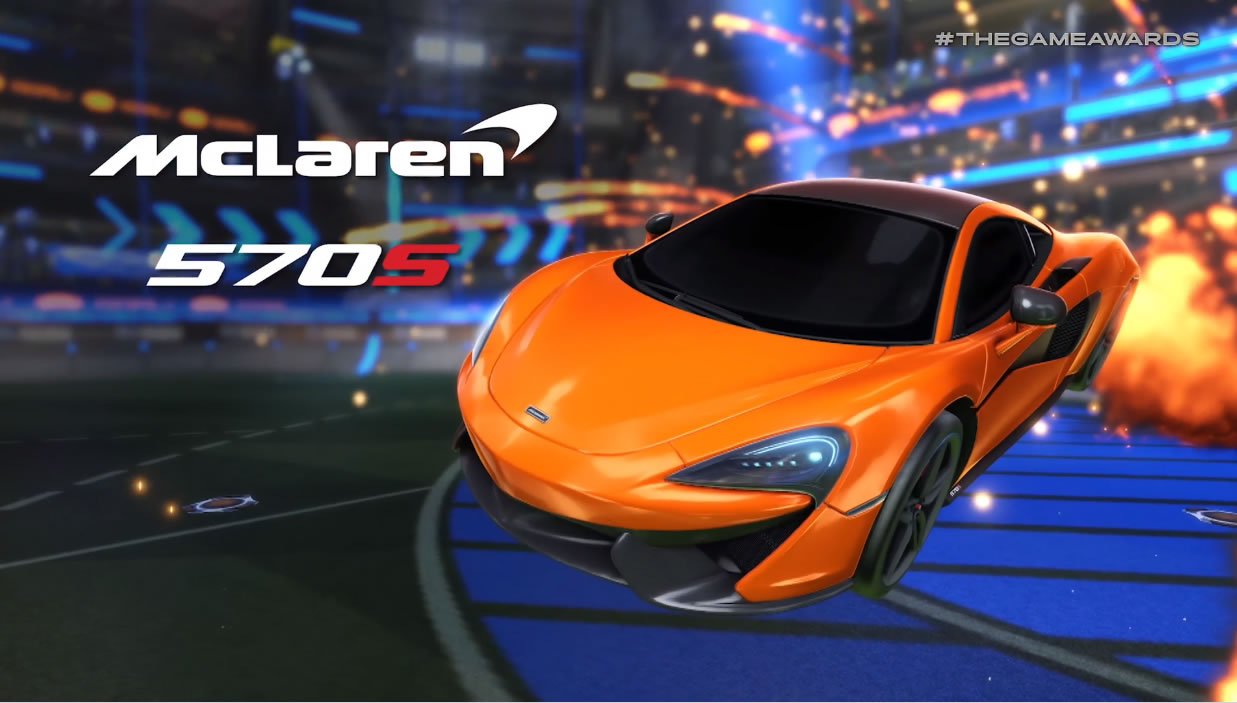 Soccer-with-cars title Rocket League is certainly no stranger to extravagant motor carriages, most of which aren't exactly based around real-world vehicles. Fortunately, the team at Psyonix have a special surprise in store for players in the form of the McLaren 570S car pack, which allows players to make use of the hypercar in Rocket League tonight.

This information comes through tonight's Game Awards 2018 presentation, with a fresh new trailer showing off all the tire screeching, engine wailing, metal-flake painted action. Check it out below.

Though its performance in Rocket League likely won't be quite as bombastic as in the real world, it's still worth mentioning some of the more impressive specifications of the McLaren 570S coupe. The mid-engined monster is powered by a twin-turbo V8 that pushes 562 horsepower and 443 lb-ft of torque to its real wheels. Mated to a 7-speed dual-clutch automatic transmission, the 570S is capable of accelerating from 0-60 mph in just 3 seconds, and reaches a blistering top speed of 204 miles an hour.

It's clear from images, including the video above, that the 570S is as sleek as it is fast, and it should be the perfect vehicle for Rocket League players keen on real-world motoring. Look for the McLaren 570S car pack to land in-game tonight, and keep it tuned right here to Shacknews for all the latest reveals from The Game Awards 2018.