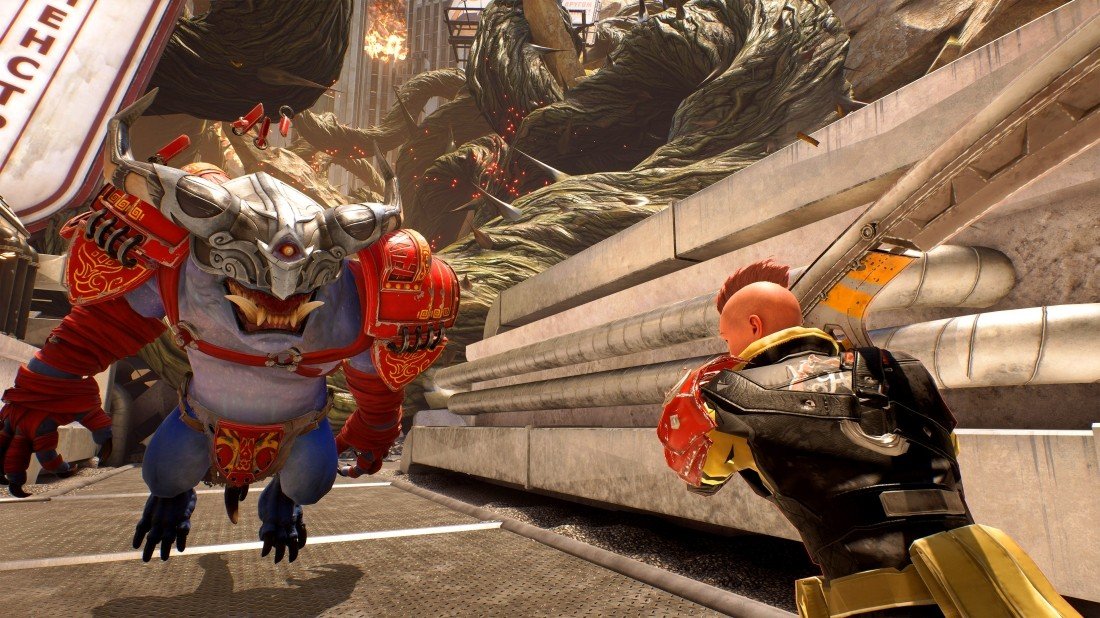 When a 70,000-year-old seal that protects the Earth from a realm full of demons and monsters is torn open, chaos descends upon the world. It’s now up to players and their friends to hunt down everything that goes “bump” in the night and save humanity from a fate worse than death. That’s the basic premise behind QC Games’ upcoming third-person action RPG Breach. I got a chance to get some hands-on time with an early PC build to find out what sets Breach apart from the herd.

The thing that probably stood out first and foremost to me was the open-ended class system. Players will have a ton of options when it comes to their starting class. For example, if you picked Shadow class you could be an Assassin and focus on ambush melee, or opt to be a Nighthawk which is more about aerial attacks, or instead choose to be a Bloodstalker and drain health with your abilities. It’s a lot like playing a dual class in DnD, so maybe you have a gunslinger that’s also great at laying out AoE traps then blasting enemies away with a super shot.

As players progress and earn new artifacts and weapons, the customization options only expand. Breach is definitely being designed to allow as much tweaking as possible in order to ensure players end up with a character of their own design.

Combat in Breach is very similar to that of traditional MMOs like WoW but there’s also a frantic aspect to combat that gives it that TPS flavor. While all attacks, buffs, and ultimates charge over time, players still have to maneuver around enemy assaults and dodge traps. In single-player and co-op modes, players have to travel from combat zone to combat zone taking on grunt-level demons and completing specific tasks within a certain amount of time in order to get the best grade possible.

Main goals will vary from zone to zone and could be as straightforward as killing everything as fast as you can. Whether or not players are able to complete their objectives, they’ll keep progressing to the final boss battle. The more objectives that were met along the way, the easier the boss fight will be, but the inverse is true as well: Failing most of the objectives will make the final fight even tougher. So even if a whole mission goes to pot, players could still pull off a victory in the very end if they can rally hard.

Breach’s enemies are all inspired by mythological creatures from around the world. Creatures take the form of classic monsters like Egyptian deities, Chinese demon dogs, and Russian ghosts to name a few. Each level is a blend of the modern world mixed with the ancient realms of whichever boss controls the area. For example, the Forest Oni appropriately enough mixes the neon lights of a Japanese city with massive, sprawling trees.

Along with the single player and co-op modes, there’s also an asymmetrical versus mode where one player takes on the role of the antagonistic Veil King in an attempt to take out a four-player team of humans. The Veil King can lay out traps to slow down players, summon armies of low and mid-tier creatures, and can even take control of individual creatures in the arena to get in on the fight directly. Maybe it’s my sadistic side, but I’ve always been a fan of asymmetric modes like these that give you a chance to grief your friends as best you can.

Breach has a very straightforward concept as far as gameplay is concerned, but offers up a ton of variety when it comes to character class options. And it would be hard to deny the game’s unique PvP mode. Players should be able to get their hands on the Steam Early Access build in January 2019. As of right now, there’s no official release date for the full version.