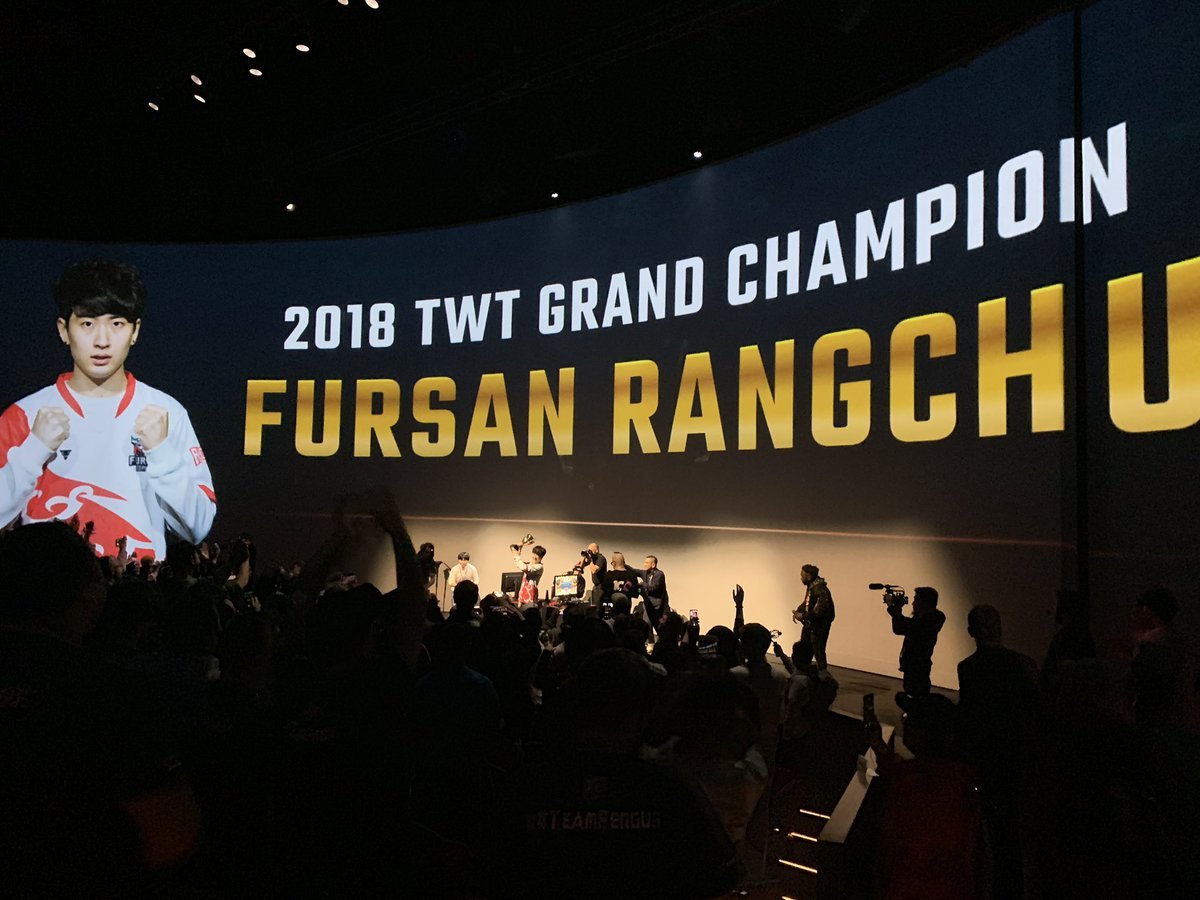 Rangchu played defensively in the final round and it did look like Qudans was going to unleash his Rage Art to try and take the round. But with time winding down, Rangchu landed the final blow to take the tournament and the championship.

Ranchu came out firing in the first set. The second game, in particular, saw Rangchu discourage his opponent, as Qudans went back-to-back rounds leaving Rangchu's Panda alive with a magic pixel and unable to clinch either one. Qudans was able to take the next set to get on the board, but not before an epic Double KO.

Rangchu regrouped for the next game, polishing off Qudans to reset the bracket.

Rangchu was one of the big stories throughout the final day of competition. He looked to face an uphill battle against standings leader Jae Min "Knee" Bae, but used his Panda to go up 2-0 early. Knee came back in the next set and seemed poise to tie up the series. But a critical missed input left Devil Jin a sitting (or flying) duck and Rangchu was able to put the series away and advance to Grand Finals.

Rangchu finished 13th on the overall Tekken World Tour standings to finish this season. His victory on Sunday is remarkable particularly because he won the world championship with what's considered to be a low-tier character. Panda is considered mid-level at best, with some top Tekken luminaries even placing him near the bottom of their tier lists. Tekken World Championship commentator Aris Bakhtanians had Panda as a low tier character back in May of this year, around the start of the Tekken World Tour season.