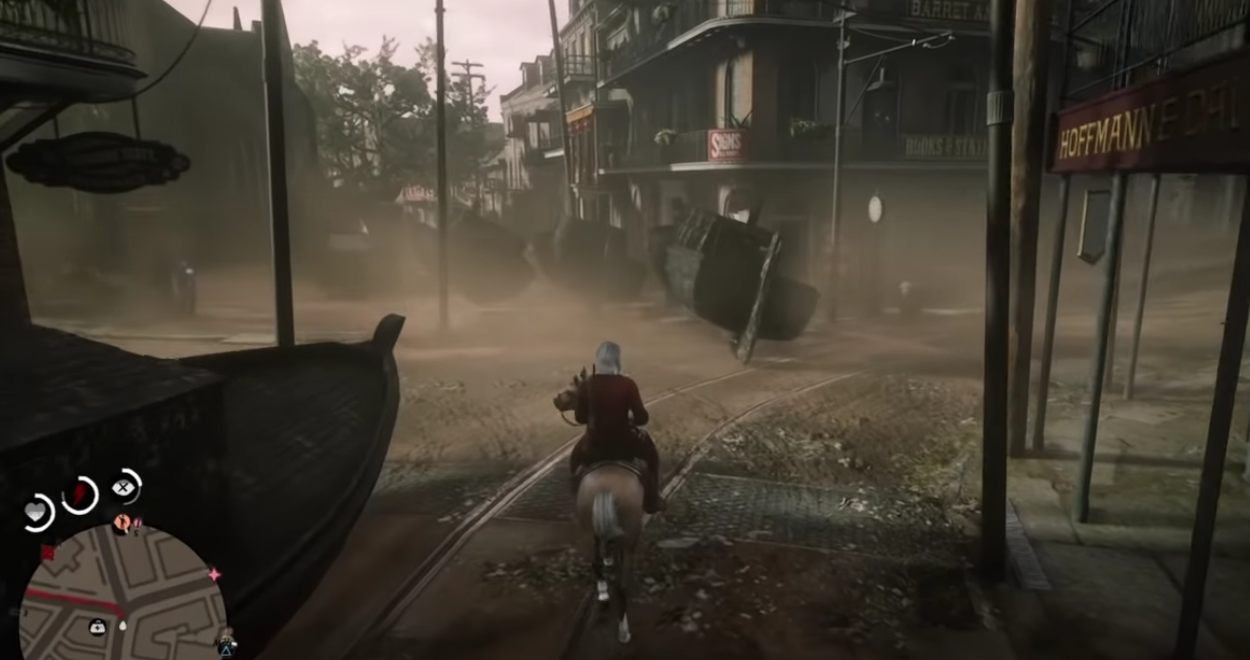 Rockstar Games is surely expecting some speed bumps as the multiplayer companion to Red Dead Redemption 2 enters its beta stage this week, but the team may not have expected this. In Red Dead Online's beta, players have been experiencing boats falling from the sky.

Kotaku reports that some players are speculating that the raining boats in Red Dead Online may be the result of an exploit someone has found for spawning them. The boats have been found in Saint Denis along with invisible boats and other randomly spawning pieces of geometry. In the video below from RedPhlomp, you can see the player come across a graveyard of spawned boats and run into an invisible obstruction as well. Also, note that the created character looks like Dante from Devil May Cry initially.

The boats cripple frame rates and seem to mess with hit detection and rendering in other ways, as well. This is a beta, so expect more growing pains. With luck, they'll only be as entertaining as raining boats and not something more gamebreaking as players build up their created outlaw's legacies. Fingers crossed no horses start raining from the sky.

Red Dead Online started rolling out this week, initially arriving in the households of players that own the Ultimate edition of Red Dead Redemption 2. The experience starts with players creating their own unique outlaws before a series of events unleashes them onto the open world. There's a good bit to get into, including running into strangers, solo and team deathmatches, story missions, and more. Every outlaw needs funds to keep their operations going, so check out our How to Make Monday Fast in Red Dead Online guide. That's only the second of our guide series for RDO and, as the game grows and changes, so will our guides. Stay tuned to Shacknews for more.