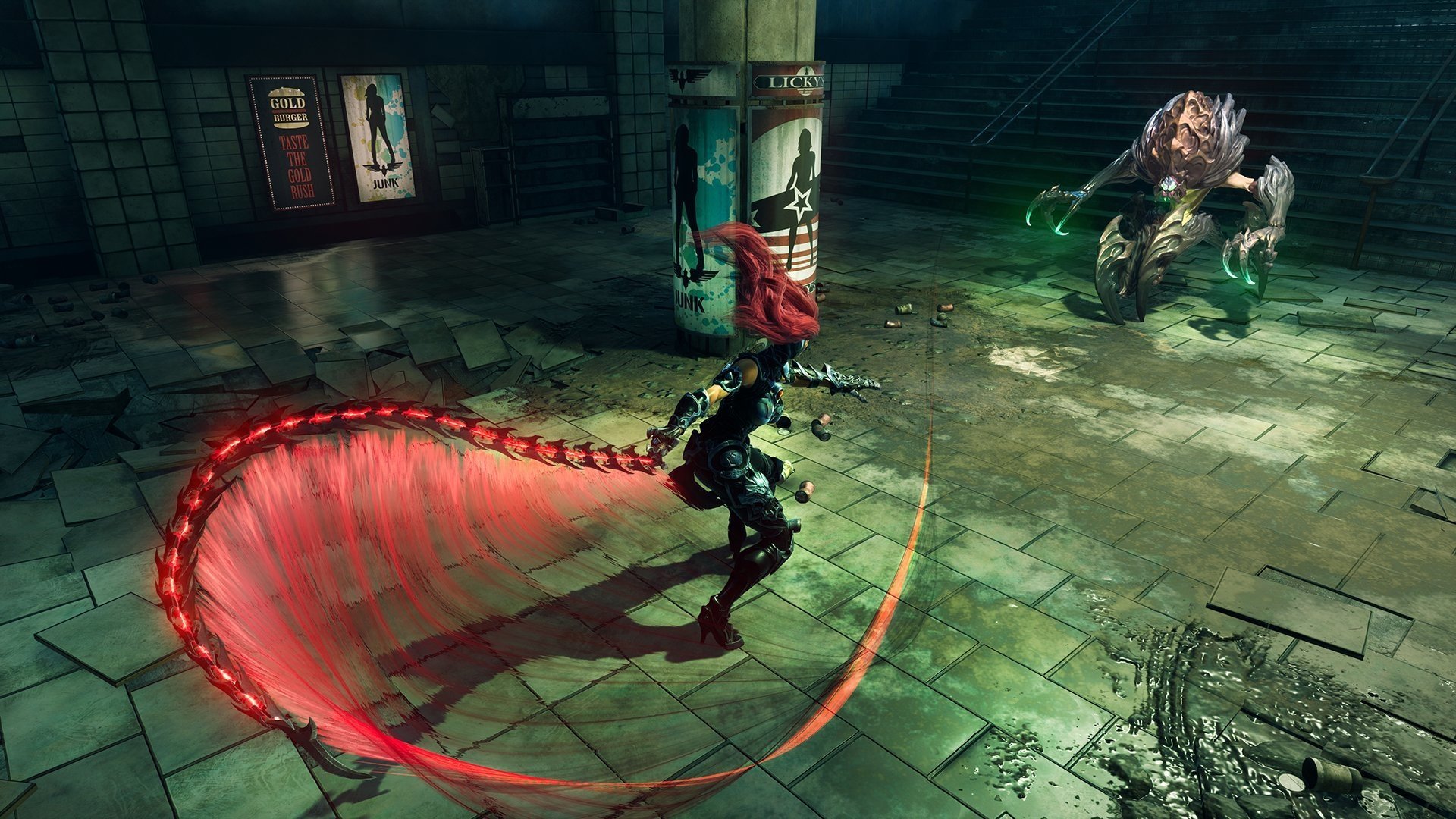 How to upgrade weapons and enchantments in Darksiders 3

Even a hero as powerful as Fury has room to grow, and Darksiders 3 gives players many chances to expand her powers. Not only can Fury herself gain experience and level up, her weapons and enchantments can also be upgraded. Unlike simply gaining experience, however, weapons and enchantments require their own due diligence, and in some cases, specific crafting resources. Read on to learn about how enchantment and weapon upgrades work in Darksiders 3.

How to upgrade enchantments in Darksiders 3

Enchantments in Darksiders 3 can be upgraded by visiting with Ulthane, the blacksmith who hangs out inside the tree over at Haven. Each of the game's various enchantments will need to be place within Fury's weapons before their effects will be seen, and the effects are only active as long as the weapon is currently equipped.

Players will have to choose a specific path for their enchantment upgrades, following the line of either Angelic or Demonic upgrades. These paths are mutually exclusive, meaning players will have to choose between one or the other until they reach the Balanced upgrade found at the end of the path. Once the Balanced upgrade is complete, however, the weapon (and Fury herself) will be able to make use of benefits offered through both paths.

Actual upgrades require the use of Artifacts, the likes of which players will find all throughout the world of Darksiders 3. Some upgrades also need Essence of Chosen, which will be dropped as a reward after taking out Chosen enemies. Naturally, different Enchantment upgrade paths have different crafting requirements. Each of the items needed to craft enchantment upgrades can be found simply by visiting Ulthane and combing through the upgrade menu.

How to upgrade weapons in Darksiders 3

Like with enchantments, weapons can be upgraded by visiting with Ulthane. By and large, the main focus on weapon upgrades will be Adamantine, an upgrade component that is found in Sliver, Fragments, Pieces, and Chunks. Each size of Adamantine will be useful for certain types of upgrades, with lower-tier upgrades needing Slivers and higher-tier upgrades requiring Chunks.

With a supply of Adamantine in tow, stop by the Maker's Force and have a chat with Ulthane. From the menu, players can see how much Adamantine, as well as what type of Adamantine, they'll need for various upgrades. Assuming the right crafting components are on-hand, simply press and hold the Upgrade button to complete the process.

Shacknews is still making its way through Darksiders 3, and we're committed to rolling out new guide content as soon as possible. Keep on top of the latest developments in Gunfire Games' new action adventure title, including both guides and fresh news, by heading over to our Darksiders 3 home page.

How to play Phasmophobia