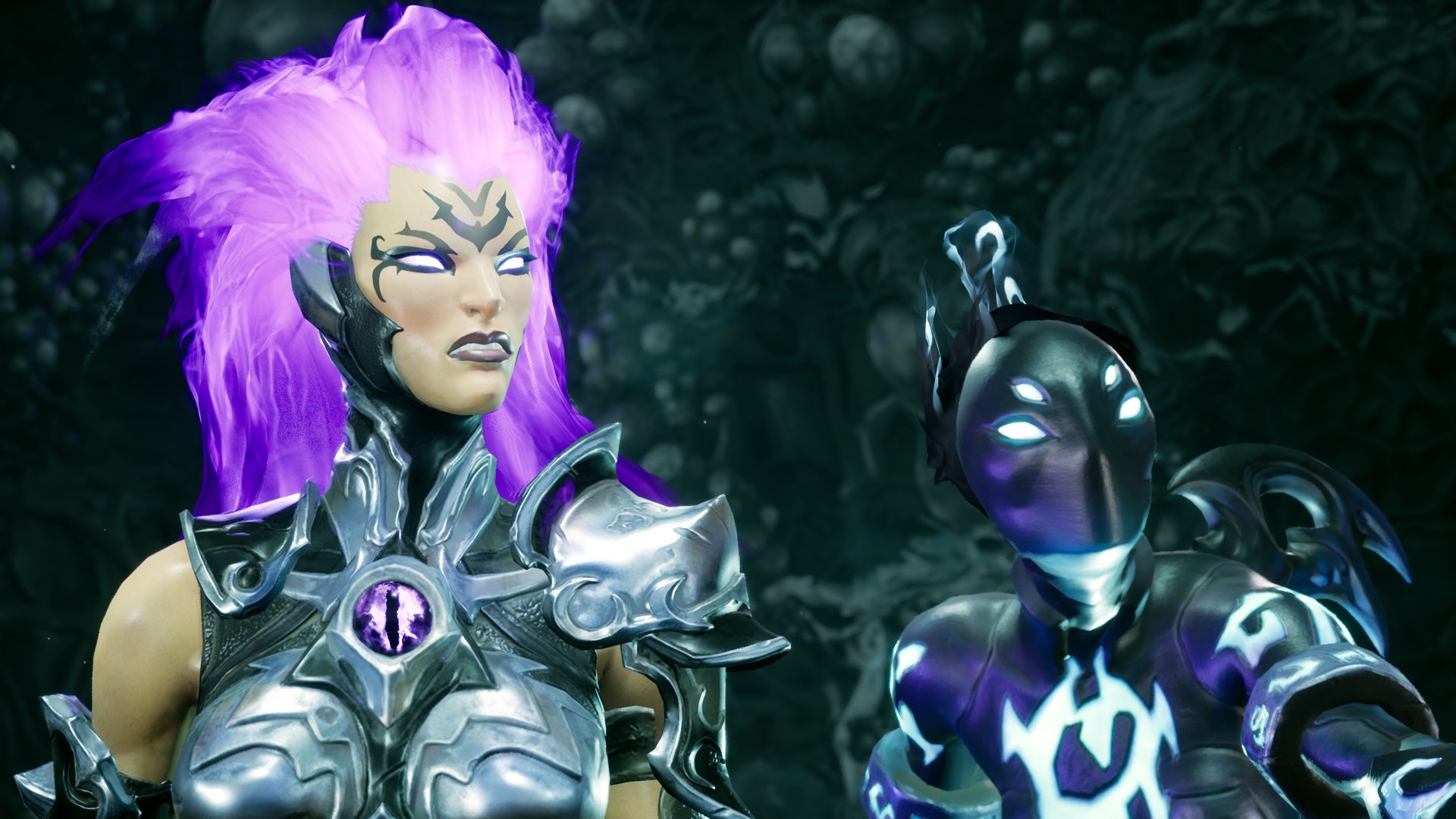 Voice actors and cast in Darksiders 3

One of the big draws to the Darksiders series of games is personality. Even though the subject matter at hand might seem grim, the world of Darksiders is imaginative, and the characters within are remarkably expressive. Much of that level of expression comes from the efforts of the game's voice and performance actors, and Darksiders 3 has more than its fair share of behind-the-pixel talents. Keep reading to learn more the faces behind the characters in our guide to voice actors in Darksiders 3.

The voice of Fury in Darksiders 3 is provided by video game voice acting veteran and Idaho native Cissy Jones. Jones has been working in video games for quite a while, and has lent her voice to several AAA game releases such as Red Dead Redemption 2, Marvel's Spider-Man, Destiny 2, Horizon Zero Dawn, Fallout 4, Grand Theft Auto 5, and World of Warcraft.

Fryda Wolff returns to the voice acting game in Darksiders 3, lending her talents to the character known as Watcher. Like with some of the other actors on this list, Wolff has become something of a rockstar in the voice acting world, with her voice making appearances in games like Fallout 76, Shadow of the Tomb Raider, Octopath Traveler, and Mass Effect: Andromeda.

Players familiar with the initial Darksiders release will certainly recognize the voice of War, once again played by American actor Liam O'Brien. Aside from voicing War, players may recognize O'Brien for his work in games like Fallout 76, Pillars of Eternity 2: Deadfire, and The Elder Scrolls OOnline, as well as TV roles in Ultimate Spider-Man, Digimon Fusion, and Critical Role.

The voices of both Wrath and Gluttony in Darksiders 3 are provided by New York native actor Tred Tatasciore. Tatasciore has been working in the industry for decade, and has one of the most extensive voice acting resumes we've ever combed through. His earliest credit is filling a voice role in Jackie Chan's 1982 film release Dragon Strike, and he's since lent his talents to games like Tales of Symphonia, Everquest 2, Rogue Galaxy, Yakuza, God of War 2, Bioshock, Halo 3, and more recently, Marvel's Spider-Man and Fallout 76. He also provided the voice of Samuel L. Jackson in Team America: World Police.

Lust in Darksiders 3 is voiced by Jason Spisak, a prolific voice actor hailing from the state of Pennsylvania. Aside from his work in Darksiders 3, he's also voiced characters in Marvel's Spider-Man, God of War 2018, The Elder Scrolls: Legends and Online, Mafia 3, The Last of Us, and Mad Max. He's also voiced a number of characters in television shows, including Razer in Green Lantern: The Animated Series, Deadpool in Marvel Disk Wars: The Avengers, and Kid Flash in Young Justice.

The voice of Pride in Darksiders 3 is provided by Abby Craden, a relatively unknown actor within the video game industry. Among a short list of Craden's video game credits are releases like Rogue Galaxy, ZEN Pinball, Dishonored, Infamous: Second Son, and Kingdoms of Amalur: Reckoning, where she voiced Alyn Shir.

Darksiders 3's Vulgrim is voiced by none other than renowned actor Phil LaMarr, a veteran of film, television, and video games alike. Aside from his duties in Darksiders 3, LaMarr is perhaps most well known for his roles in Madtv, Pulp Fiction, Futurama, Family Guy, American Dad, and Samurai Jack. He also had a guest spot in a single episode of The Fresh Prince of Bel-Air all the way back in 1993.

The voice of the Lord of the Hollows in Darksiders 3 is provided by Darin De Paul, an actor with an extensive resume both on the stage as well as behind the screen. Game fans may recognize him as the voice of J. Jonah Jameson in Marvel's Spider-Man, and he's also provided voice to characters in games like Red Dead Redemption 2, Star Wars: Battlefront 2, Destiny 2, Halo Wars 2, Guild Wars 2, Starcraft 2, and Mafia 3.

The character known as Avarice in Darksiders 3 is voiced by JB Blanc, a classically trained actor hailing from Paris. Film and television fans may recognize his face from his roles in Breaking Bad, Better Call Saul, and 2002's The Count of Monte Cristo, where Blanc played the role of Luigi Vampa. In video games, Blanc is known for his work in Lego DC Super-Villains, Call of Duty: Black Ops 4, Wolfenstein 2: The New Colossus, Uncharted 4, Diablo 3, and Middle-earth: Shadow of War.

The incredible list of voice actors in Darksiders 3 should serve as the cherry on top of yet-another imaginative third-person adventure. For more coverage of the latest apocalyptic release from the crew at Gunfire Games, be sure to head over to Shacknews' Darksiders 3 home page.

Heart of the Fluft - Legends of Runeterra
Login / Register