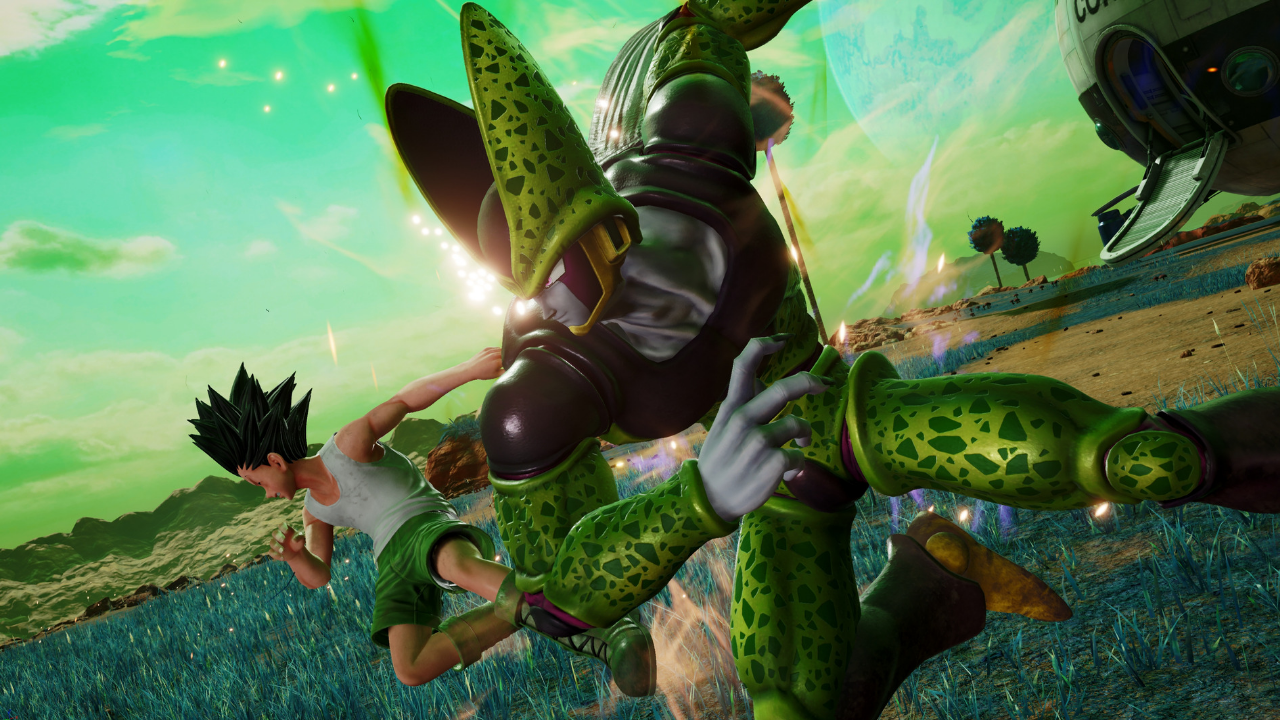 The latest characters to join the Jump Force roster are two favorites from Dragon Ball Z, and a few you may not have expected: the villain Cell and antihero-turned-good guy Piccolo.

Bandai Namco revealed the pair making their way to Jump Force today, with a few striking images of the characters fighting off various enemies in the heat of battle. The characters look a bit rougher than they did in Dragon Ball FighterZ, but they're still made out of some very slick CG. They're just redone to match the style of the game. If you're a Cell or Piccolo fan, you might just your reason for plunking down a pre-order on this bad boy.

Our Reviews Editor Blake Morse went hands-on with Jump Force during Tokyo Game Show 2018, noting that "Jump Force keeps adding to its main roster as well and will now include characters from the Yu Yu Hakusho series including the main character Yusuke Urameshi," and that "The game will also be getting a collector’s edition that comes with a statue of Goku, Luffy, and Naruto for anime and manga fans to display proudly as well as some bonus clothing accessories to help players start things off with their fashion foot forward."

We also learned during the hands-on that the game will be seeing the addition of some new characters designed by the legendary Akira Toriyama, though there haven't been many details on who those might be just yet – we're certainly excited to see who they might be.

Jump Force is bringing a smattering of familiar shonen characters to PlayStation 4, Xbox One, and PC on February 15. It's available to pre-order now if you want to go ahead and lock in a copy, which you'll want to do if you're a fan of anime and manga series like Dragon Ball, Naruto, One Piece, Death Note, or any of the popular series under the Shonen Jump label in Japan. And then get ready to challenge the Shacknews crew!