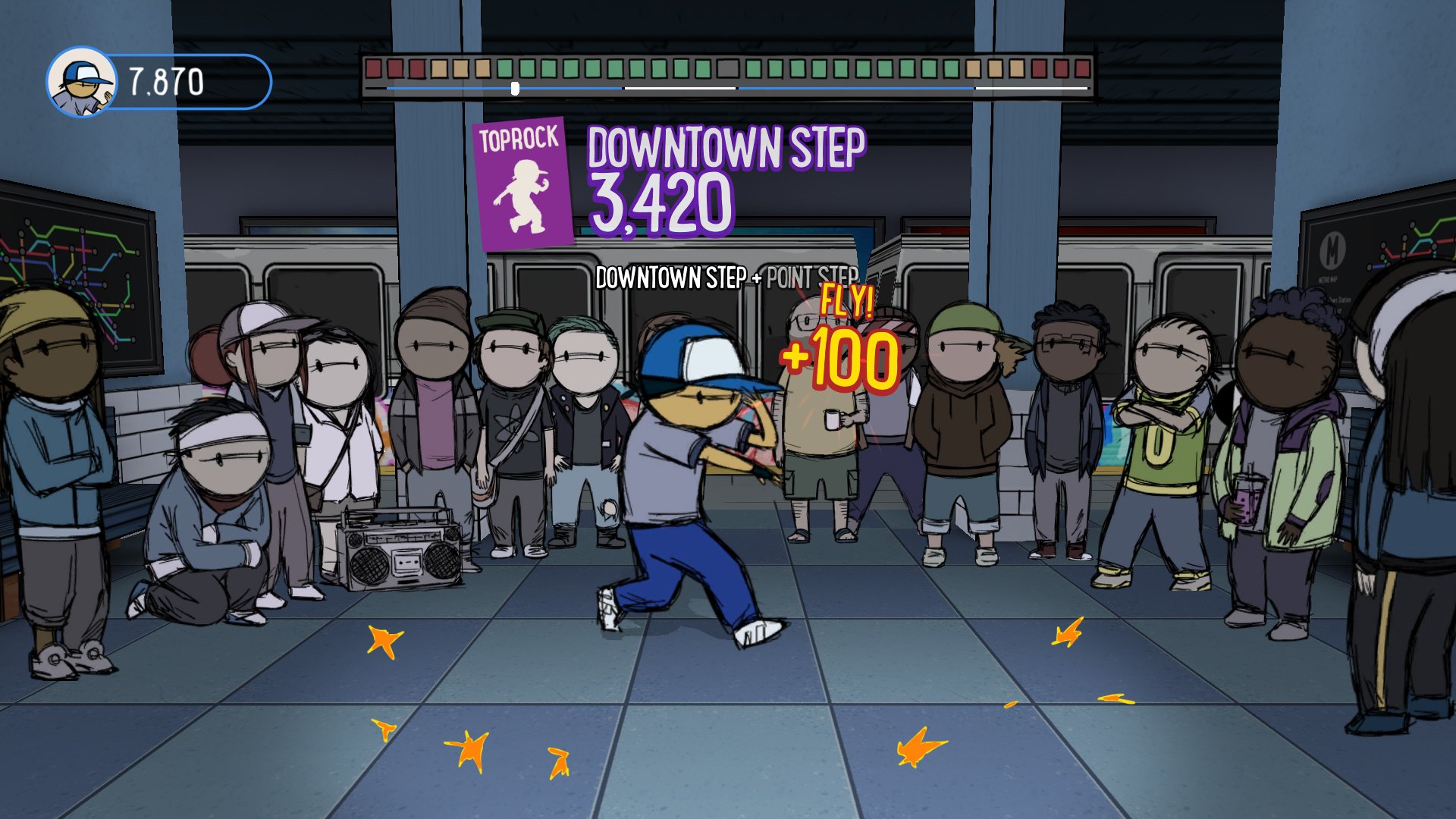 Floor Kids (Xbox One) review: Show me your moves

Like a lot of underground dance crews, Floor Kids is one of those games that went under the radar when it first released almost a year ago. Developer MERJ Media first released this rhythm dance game on PC and Nintendo Switch, but now it's found its way to the Xbox One. Regardless of its platform, though, Floor Kids brings a lot of fresh beats and funky moves, proving to be a fun, if slightly repetitive, dance craze.

Floor Kids isn't quite a standard rhythm game, though it uses a lot of those elements. The game follows a crew of urban youths, as they dance their way from basic inner city venues and work their way up to the Peace Summit, where they bring peace by getting down to sick beats.

Floor Kids immediately stands out with a distinct art style, implementing beautiful sketch characters and hand-drawn environments. It's the type of thing one would expect to see in a graffiti mural, further pushing the underground, urban motif. Character designs feel vibrant and full of life, with no dialogue necessary to get their personas across.

Once it comes time to dance, that's where the challenge kicks in. The idea is to use different combinations of face buttons and analog stick movements to perform different types of dance moves. There are four different categories of moves, with higher scores awarded for keeping things mixed up. Players will often receive requests for certain moves or combos, which can be where things get a little tricky. Remembering which exact button combination does what move is a tough ask. One other important thing to mention, all of this must be done to the beat of the music. Missing a beat or mindlessly button mashing will put a dancer down on their seat, leading to lower scores or outright failures.

Each track has two breakdown sections, where the idea is to simply tap the button to the prompted beats. This is where things can devolve into just hitting buttons, with entire sections dedicated to hitting the face buttons as fast as possible. As cool as these sections can be, they start to lose their charm quickly.

Like any true underground dance scene, there's potential for style points, which is where Floor Kids can get fun. Players can mix in taunts or freeze on a pose to earn extra points. But more than that, it just looks cool to see these mouth-less characters hold their poses in epic "You Got Served" fashion.

So You Think You Can Dance?

The Story Mode is a quick affair that can be completed in just a few hours. But the main goal for Floor Kids is unlocking all of the game's Kid Koala-produced tracks. It's not just that it's music to bob your head to, but any unlocked tracks can be used in the game's multiplayer. And multiplayer is where Floor Kids starts to realize its full potential.

Multiplayer battles are exactly what one would expect in a game like this. It's two players trading off, showing their best moves and asking the other player to top their efforts. It starts to feel like a fighting game after a while, especially as players try to disrupt each other by sending "burns" at their opponents to try and knock them down. These dance battles don't feel overly intense, but it's hard to deny that they're fun to bring out every now and then.

Floor Kids isn't a game that's going to eat up a lot of time. The novelty can wear out quickly, even with the game's dozens of fresh tracks. But the multiplayer is enough of a fun diversion that it's worth trotting out on occasion with your significant other, roommate, or close acquaintance. It's a solid effort, one bolstered by its unique art style and its desire to dare to be a little different.

This review is based on an Xbox One digital code provided by the developer. Floor Kids will release on the Xbox Live Marketplace and PlayStation Store on November 27, but is available now on Steam and the Nintendo eShop for $19.90. The game is rated E.