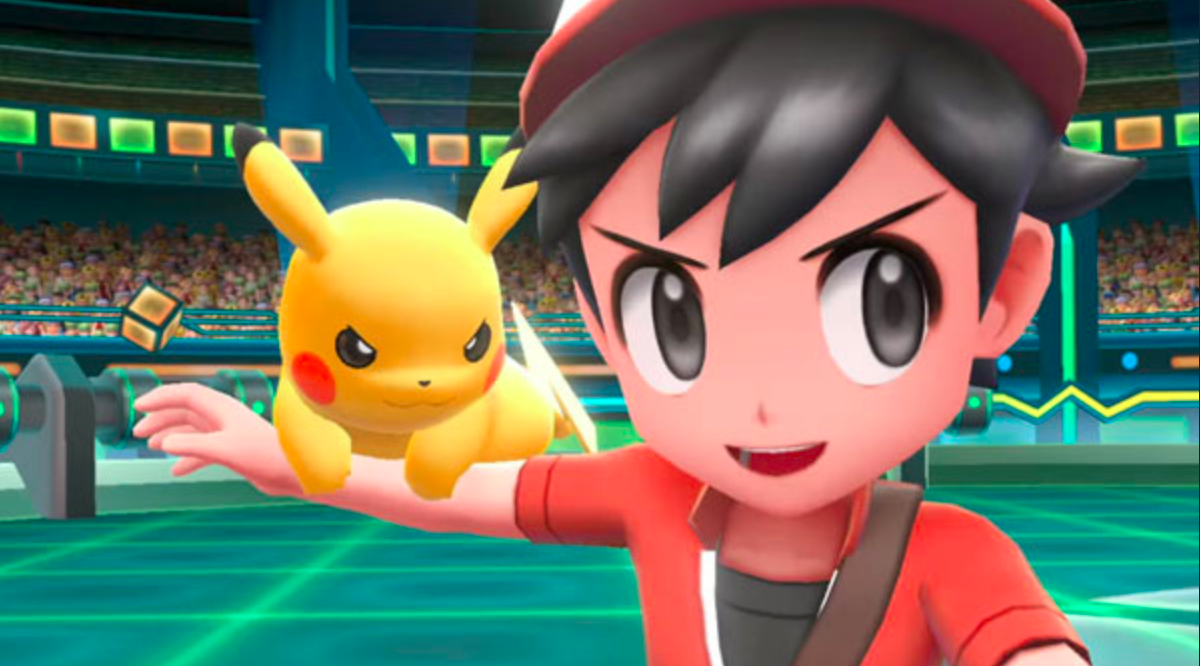 Where to find all Outfit Sets in Pokemon: Let's Go

Where are Outfit Sets in Pokemon: Let's Go Pikachu and Eevee? All over, as it turns out. The latest Nintendo Switch release from Game Freak and The Pokemon Company is loaded with fresh creatures and gear to find, not the least of which being the game's 10 distinct Outfit Sets. Finding them all will take some effort, but this Pokemon: Let's Go Outfit Set guide players get decked out in no time.

Generally speaking, Outfit Sets in Pokemon: Let's Go Pikachu and Eevee are spread all across the in-game map. Most are acquired by speaking to various NPCs or by completing certain requirements. They aren't difficult, by and large, but they do require a bit of time and effort to acquire.

Where to find the Sports Set

The Sports Set will undoubtedly be the first Outfit Set that all Pokemon: Let's Go players acquire. Finding it is easy: before leaving the initial area Pallet Town, look for the hero's sibling. Approach them and open up a dialog to have them give you the Sports Set, which offers up items for the hero as well as their chosen Pokemon, either Eevee or Pikachu.

Where to find the Pikachu and Eevee Sets

Like with the Sports Set, the Pikachu and Eevee sets can be found relatively early in the game. Once access to Vermillion City has been opened up, find the Pokemon Fan Club and speak to the Chairman. He'll ask if the hero wants to hear more about Pokemon; respond "Yes," then sit back as the man babbles at length about his favorite creatures. When he's done, he'll offer an apology for wasting so much of the hero's time, then hand over either the Pikachu or Eevee set as recompense.

How to unlock the Raichu and Eeveelutions Sets

The Pokemon Fan Club in Vermillion City is also the place where players will be able to find the Eeveelution and Raichu Outfit Sets. There's a catch, though: before they unlock, players will have to increase their bonding level to maximum with their chosen Pokemon. Assuming they've already done so, simply head back into the club and talk to the Chairman. He'll express admiration for the hero's ability to bond with their Pokemon, and will offer up either the Raichu or Eeveelution Outfit Set as a reward.

Where to find the Assistant Set

The Assistant Outfit Set in Pokemon: Let's Go is easily found off of Route 15, but it requires that players have at least 50 Pokemon in their Pokedex. Assuming that requirement has been fulfilled, head east from Fuchsia City and make way into Route 15. Once on the path, look for the building with the Lab Assistant inside. Speak with them with 50 Pokemon listed in the Pokedex, and they'll offer up the Assistant Set as recognition of the hero's commendable Pokemon training efforts.

Where to find the Formal Set

The Format Set is perfect for Pokemon: Let's Go players looking to add some snazz to their wardrobes. It's not hard to find, either. Simply head into Lavender Tower and speak to the old lady sitting on the couch in the ground floor lobby. She'll make some small talk, then she'll hand over the Formal Outfit Set.

Where to find the Police Set

The Police Outfit Set is tied to the Team Rocket saga in Pokemon: Let's Go. After defeating Team Rocket for a second time, leave the Silph Co. building and head to the northern borders of the town of Saffron. An NPC by the name of Officer Jenny will be there. Speak with her and listen to her many compliments, then try not to smile as she offers up the Police Set out of the goodness of her heart.

How to earn the Safari Set

The Safari Outfit Set can be acquired within the confines of Fuchsia City, and involves running a quest for the Warden of Safari Zone. Locate the Warden around the town's southern border, then agree to help him find his Gold Teeth, which he apparently lost somewhere around Route 19. On-site around Route 19, the hero will come across Team Rocket, up to their usual tricks. Pick up the Gold Teeth, then return to the Warden's home and tell him his grill has found its way home. As recompense for the player's efforts, he'll happily offer up the Safari Set.

Where to find the Sailor Set

It probably won't be too surprising to learn that Pokemon: Let's Go's Sailor Outfit Set is tied to a marine vessel. Shortly into the game, players will be given tickets to board the S.S. Anne. Just before boarding the craft, speak to the sailor sitting on the pier and he'll hand over the Sailor Outfit Set.

Where to find the Team Rocket Set

There's a little bit of trickery involved with finding the Team Rocket Outfit Set in Pokemon: Let's Go. First, players need to climb up to the top of Lavender Tower. Near the tower's peak, they'll encounter the NPC Cubone, who will afterward head out of town. As he does, Team Rocket will swoop in and kidnap him.

Team Rocket takes poor ol' Cubone all the way out to Celadon, so head over there and find the Rocket Game Corner. Inside, look at the poster to the side of the cashier and interact with the switch. Doing so will open a staircase that leads down into the building's basement. Descend the stairs to find a Team Rocket member just hanging out, doing whatever NPCs do when the player isn't around. Talk with the "beautiful spy," and she'll hand over the Team Rocket Outfit Set.

How to earn the Team Rocket Blast Off Set

The Team Rocket Blast Off Outfit Set in Pokemon: Let's Go won't be available to players until near the end of the game. Fortunately, it's not a set that players can miss: it will be given as part of the main story campaign. With that said, earning it will require the player to beat Team Rocket once, then earn all eight Gym Badges before beating them again. Like other end-game rewards, this unlock will come in due time.

After following this guide, Pokemon: Let's Go players should have all the information they need to track down each and every Outfit Set in the game. To learn more top tips for Game Freak's latest Nintendo Switch release, be sure to stop by Shacknews' ever-growing Pokemon: Let's Go home page.