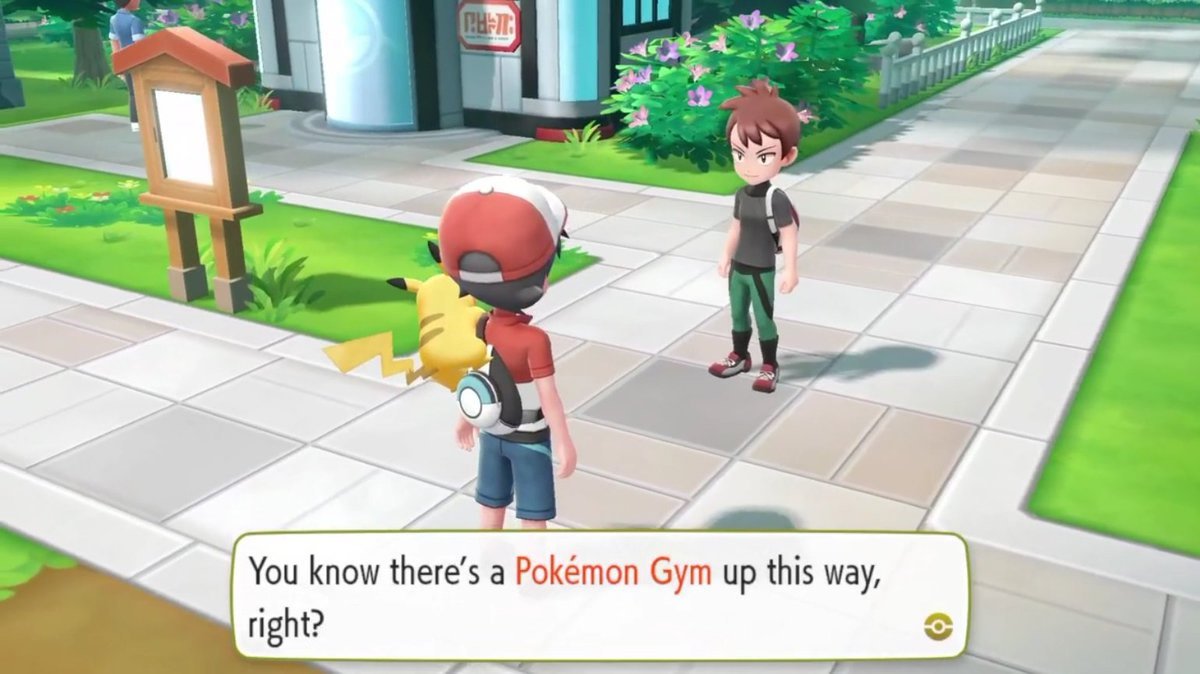 Who is the Rival in Pokemon Let's Go Pikachu and Eevee?

Pokemon Let's Go Pikachu and Eevee may be enhanced remakes of the original Pokemon Yellow, but they've got several new features that followers of the modern series will be able to enjoy. Among those is a proper Rival, who has traditionally served as an antagonist for the trainer throughout his or her adventures. Does Pokemon Let's Go have a Rival? Absolutely.

Who is the Rival in Pokemon Let's Go?

The Rival in Pokemon Let's Go Pikachu and Eevee doesn't have a set name. Odd as might seem to some gamers, the player is able to choose their Rival's name themselves. However, as far as we can tell, the canon name for the Pokemon Let's Go Rival is Trace. Not exactly intimidating, is it?

Like with other Pokemon Rivals, Trace will pop up whenever convenient (or inconvenient) and push the player into new and increasingly difficult battles. Generally speaking, he'll have the Pokemon opposite of the one the player chose at the start of the game. If players purchased Let's Go Pikachu, he'll have Eevee; if they chose Let's Go Eevee, he'll have Pikachu.

Every bout with the Rival will give the player a brief look at how far they should be coming along. Battles will grant experience, of course, but they'll also give them hints and direction on how they should be playing. It may be that the Rival's Pokemon has some new moves they should be aware of, or maybe they just need someone to come in and make sure they're not weak and ineffectual trainers.

Interestingly, the Rival will have some overtly kind gestures to offer. He'll be able to point the trainer toward nearby gyms, and he'll have no problem encouraging the player to challenge gym leaders, even if he won't do so himself. In this way, he's almost more of a friend than an antagonist, but there's little doubt that series fans will continue view him that way right from the outset. We've got our eye on you, Trace.

So yes, there is a Rival in Pokemon Let's Go Pikachu and Eevee. His name is Trace, and it turns out he's friendly enough. We still think it's a ruse, of course, but until he shows his true colors, we're willing to suppress our preconceptions. With this information tucked into the ol' memory banks, stay on top of the latest developments with Game Freak's latest Nintendo Switch outing by heading over to Shacknews' Pokemon Let's Go home page.

The Coma 2: Vicious Sisters heads to PS4 and Switch this month, Xbox One this year