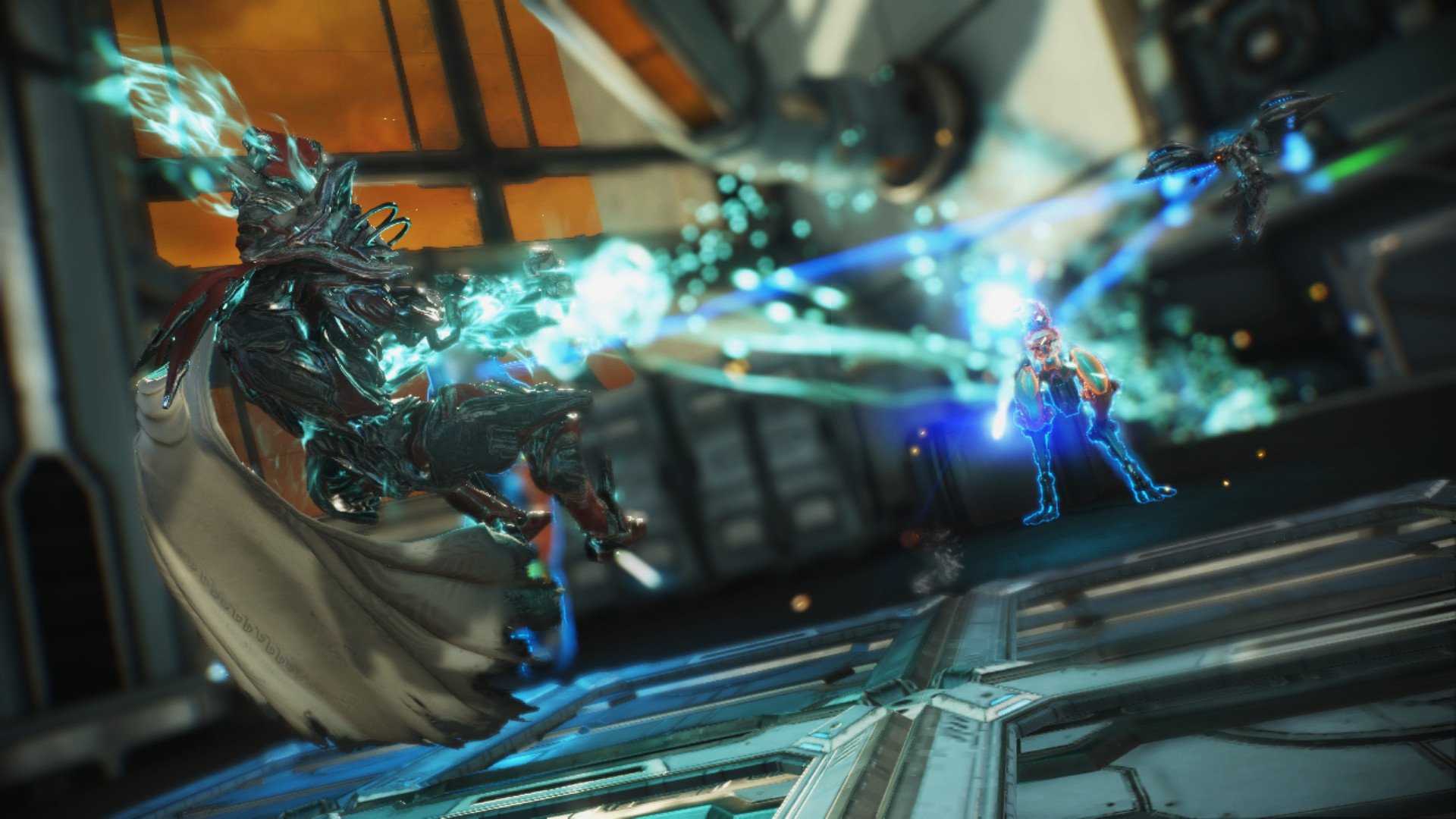 Warframe for Switch hands-on preview: Tenno on the go

For the last five years, PC and PS4 gamers have enjoyed the world of Warframe as it grew and expanded to become the gorgeous and prolific action MMO that it is today. Then, just a few years ago the team at Digital Extremes brought that experience to the Xbox One. Now, with a little help from their friends at Panic Button, they’re once again bringing the action to a brand new console. This time around the Nintendo Switch is the latest console to take players into the vastness of space and let them experience the sci-fi ninja action for themselves. I got a chance to go hands-on with an in-progress build of Warframe on the Switch to see how it compares to it counterparts.

In the past, Panic Button has worked on porting big name titles like Doom and Rocket League, and they’re known for their quality work. Their effort to port the meticulous details of the Warframe universe to the Switch is looking just as noteworthy. This is a game known for its vibrant color palette and explosive particle effects that fans are used to viewing at a resolution of 1080p and 60fps. Panic Button looks like they have once again found a way to de-res those visuals to work on the Switch’s 720p screen and run at 30fps while still staying sharp. As a matter of fact, the team is doing so well at the port that the game will actually be launching earlier than expected.

While the core game won’t be any different than playing on other consoles, the Switch version will have unique, optional motion controls. Players will be able to use the motion controls just for standard gameplay as well as the mini-games in the open-world environments. For example, a player could mine for resources using their joycon to laser cut a circle around mining area or go spearfishing. During my hands-on session, I used the motion controls along with the standard controls in tablet mode to help me fine-tune my aiming and thought it worked impressively well. Using the pro controller also felt extremely responsive to the fast-paced jump and shoot action of Warframe.

When Warframe launches later this month on the Switch it won’t be completely caught up as far as content. It will have everything released up to Mask of the Revenant, which is only a few months behind from the current console and PC versions. This means the open-world area Plains of Eidolon will be accessible at launch. The teams at Panic Button and Digital Extremes are hoping to have the Switch version caught up to the console patch schedule by the time the highly anticipated Rail Jack content is ready to launch. Prime access will, however, be up to date with the other systems at launch, so Chroma Prime, Mesa Prime, and Mag Prime will be available for purchase.

While Warframe is an online title, Switch owners will not need to be subscribed to Nintendo’s online service in order to play. Up to four friends will be able to hop into a co-op game and use voice chat for absolutely no charge. There will also be a grace period that will allow PC players to migrate their accounts over to the Switch as well. At the moment, there’s no indication of when that grace period will end, but Digital Extremes will be making an announcement at a later date. Unfortunately, crossplay will not be a feature at launch and the team has no plans to integrate at this time due to technical restraints, but would love to make it a feature down the line if it ever becomes possible.

Overall, I’m very excited about the prospects of playing Warframe on Switch. I’ve been a fan of the game for years and after the impressive amount of upcoming content they showed off earlier this year at TennoCon, I saw a lot of people take notice and hop on board the bandwagon. While you could carry around a gaming laptop, this is by far the most portable, on-the-go version of the game, which means I can stop packing my PS4 whenever I travel.

I’m sure Warframe's current number of 38 million registered players worldwide will only go up after Warframe launches on the Nintendo Switch on November 20 for the low price of free. If you have a Switch you’ll want to make room on your storage for this one.