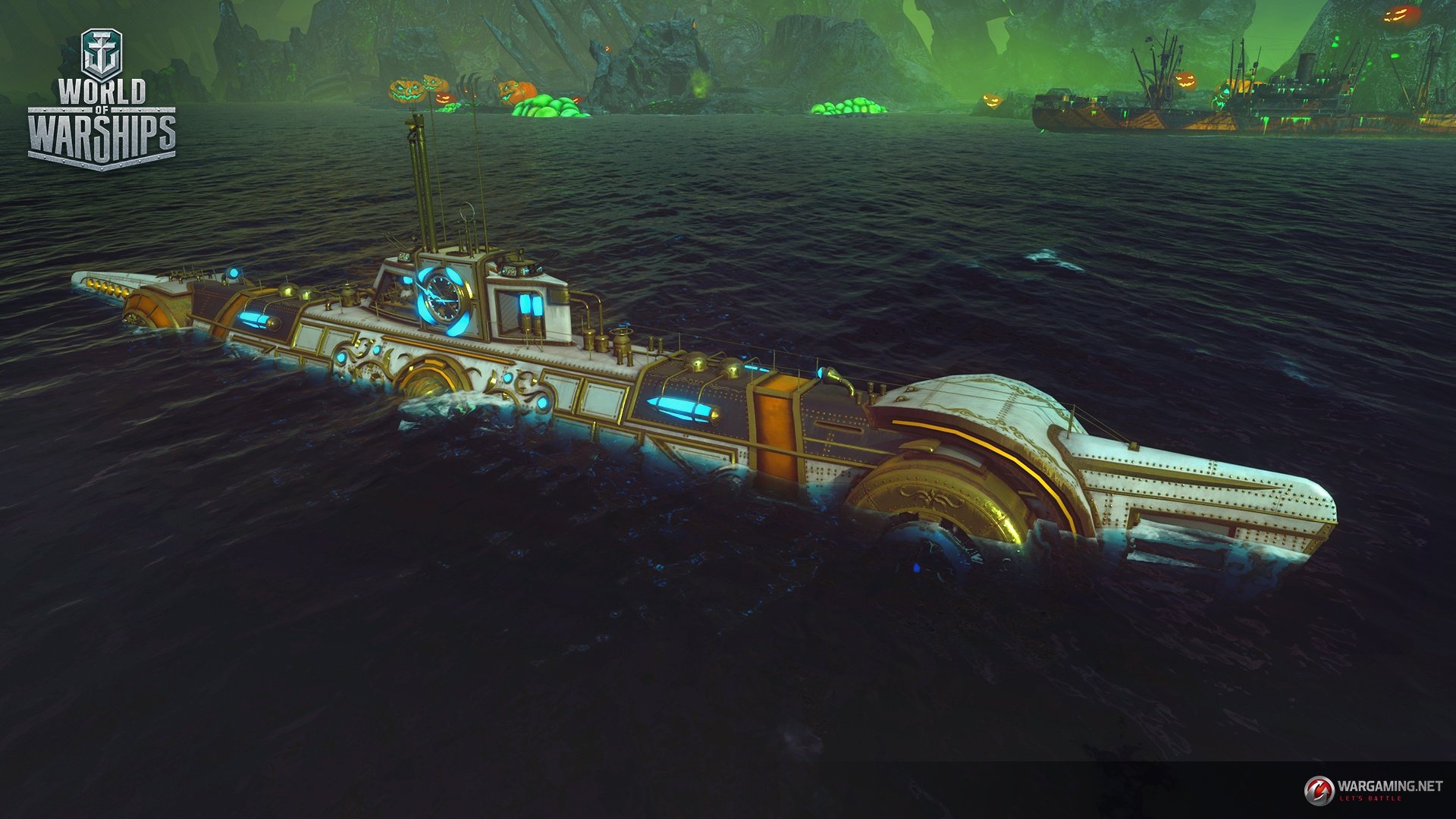 World of Warships submarine preview: Under the sea

For the longest time, the team at Wargaming were fairly adamant that submarines would never make their way into World of Warships. It’s something they said they’d never do because historically early subs didn’t participate in battles and were mostly used in merchant fleets or as supply vessels. But, it would appear something has changed their mind on the whole concept. Whether it was pressure from their fanbase or the team internally looking for the next big thing is uncertain. Whatever the case may be though, submarines are heading to the full version of World of Warships and fans can get a taste of what they can expect right now during a special holiday event. I got a chance to Skype with some of the devs for a special hands-off preview and get some details about how the new vehicles will fit in the overall game.

As one would expect, subs are stealthy and as such, they cannot be detected by radar, however, they can still be spotted physically in the game. While they can submerge in order to hide from enemy attacks there is an oxygen reserves mechanic that will force them to literally come up for air so the crew doesn’t suffocate.

When it comes to the subs arsenal, it’s very limited. Subs can only shoot torpedoes and they are definitely a weapon that requires some finesse. There will be several torpedo types when the subs fully launch, but for right now, they’re limited to a standard issue one that’s similar to the ones destroyers carry and a freeze model which stops enemies from moving. In most scenarios, subs will want to keep their distance and stay on the outskirts of skirmishes and fire from there. This means players will have to find the right timing so that their shots meet their targets along a predicted course of movement.

In order to counter the subs silent but deadly features, cruiser and destroyer class ships will be getting depth charges. Destroyer ships will also now be more of a scout class since they had previously filled a similar role as a long-range striker.

Right now World of Warships players are getting their first taste of submarine action in a special game mode only available during the game’s fall event. In the limited-time PvE scenario Terror of the Deep players can try their hands at the helm of one of five different subs, depending on what they’ve unlocked. Some subs are faster, others can carry more oxygen or dive quicker than others. Each one is themed around the Halloween holiday and has its own spooky commander like Victor F. Einstein or Mina Hurray.

In Terror of the Deep players can squad up with each other to take on the dreaded ship Rasputin and his fleet. If players can meet certain objectives or take out Rasputin and his lackeys before times run out, they’ll be able to unlock special rewards for the event. The holiday event will only be running until November 21 at which point all the subs will be scrubbed from players accounts. But, this will not be the last time World of Warships players will have the opportunity to dive into the deep with the submersive vehicles. The team at Wargaming is looking to integrate submarines fully into the game sometime Q1 or Q2 of next year, however, there is no exact release date for it at this point. Folks wanting to check out World of Warships in the meantime can download the game for free now on PC.