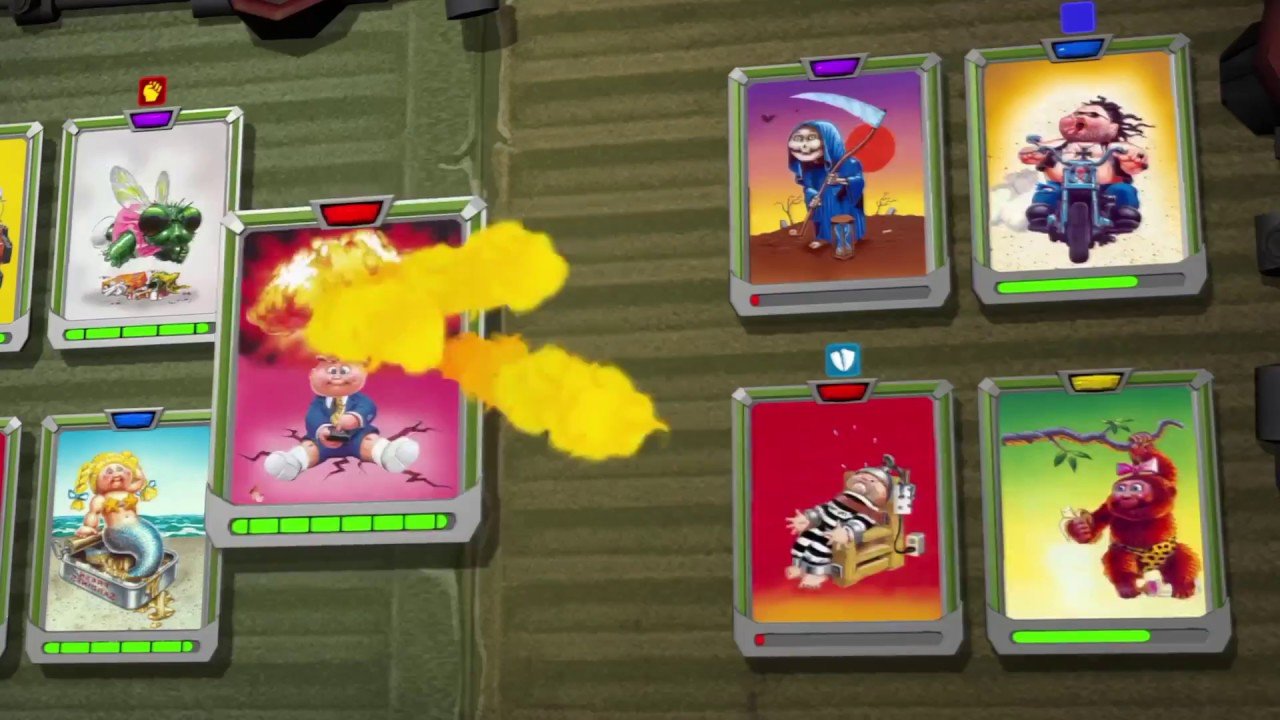 Jago Studios is working to bring a colorful version of the fun Garbage Pail Kids parody cards to fruition in the form of a mobile game, and we've got a fun new glimpse of what's around the corner.

Along with a 30 second teaser of Garbage Pail Kids: The Game for mobile devices, the indie studio announced that it has chosen 10 hardcore fans to participate in early playtesting and even a video call with Jago Studios to talk about the game, ask questions and offer feedback.

Garbage Pail Kids: The Game is a fun upcoming mobile card-battling RPG that culls cards from the familiar parody series with stickers and other goodies that made their debut in the '80s. It's in soft launch right now, but will debut on the App Store and Google Play in early 2019. Can't wait to get your nostalgia fix when the game debuts? We'll make sure you know all about when it's coming and what we think of it when it does get here.