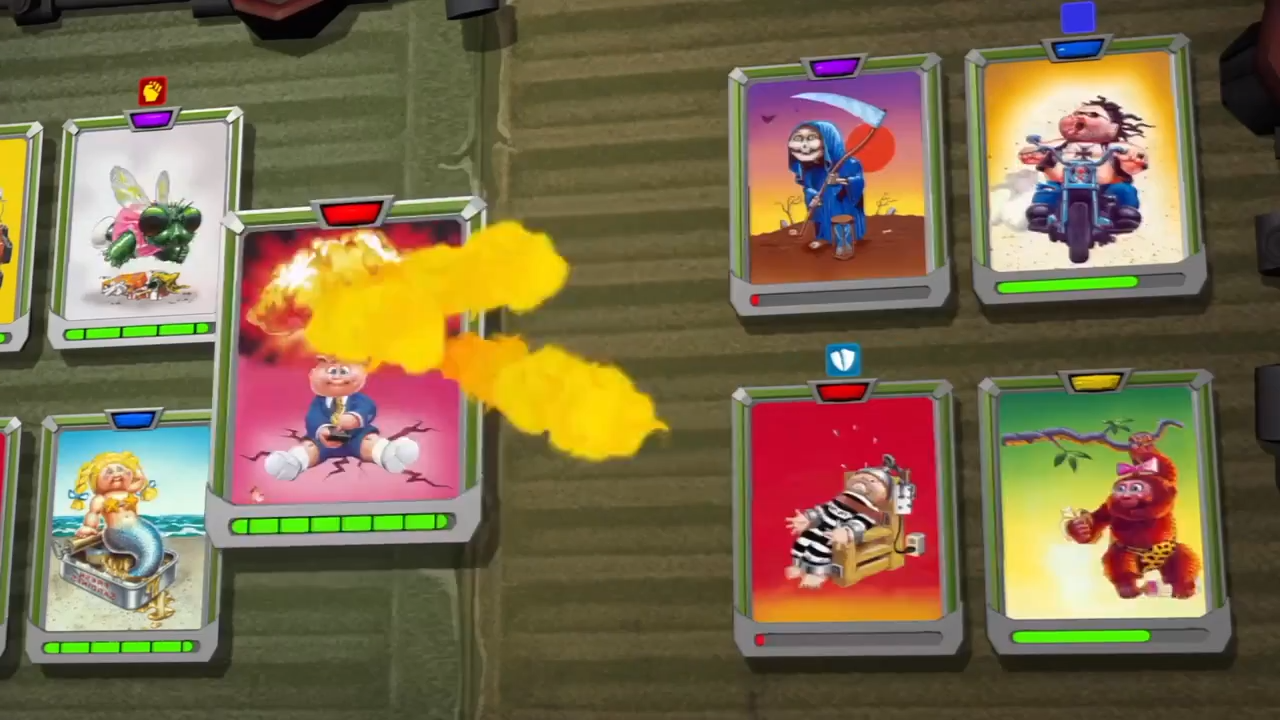 Jago Studios is hard at work on an upcoming mobile title based on the popular Garbage Pail Kids parody collectible card series, and it's looking for hardcore fans and community members to test out the game ahead of the rest of the pack. There's a new contest coming the will allow three community members to get early access to the game, scheduled for release in 2019, who'll be chosen based on their "fandom and experience."

Players will enter answers via survey from ago, which can be found here, from now through October 26, and then winners will be announced on October 31. A new 30-second gameplay trailer will be emailed to folks who subscribe to game updates and released elsewhere, then the winners will be given a few weeks to try out the game early, as well as a video call with Jago Studios to discuss the game and potential feedback fans have.

Community members have been asking for some time to have the opportunity to be included in the early access experience, and as such the company is making it happen. “We’ve received many, many requests from the community to be early game testers, so we are excited for this opportunity as we build this game around the beloved Garbage Pail Kids brand,” said Stuart Drexler, Jago Studios founder and CEO.

If you can't wait to try out the free-to-play game before it lands in 2019, make sure you head over to take the survey and see if you can get in on the selection process, too!