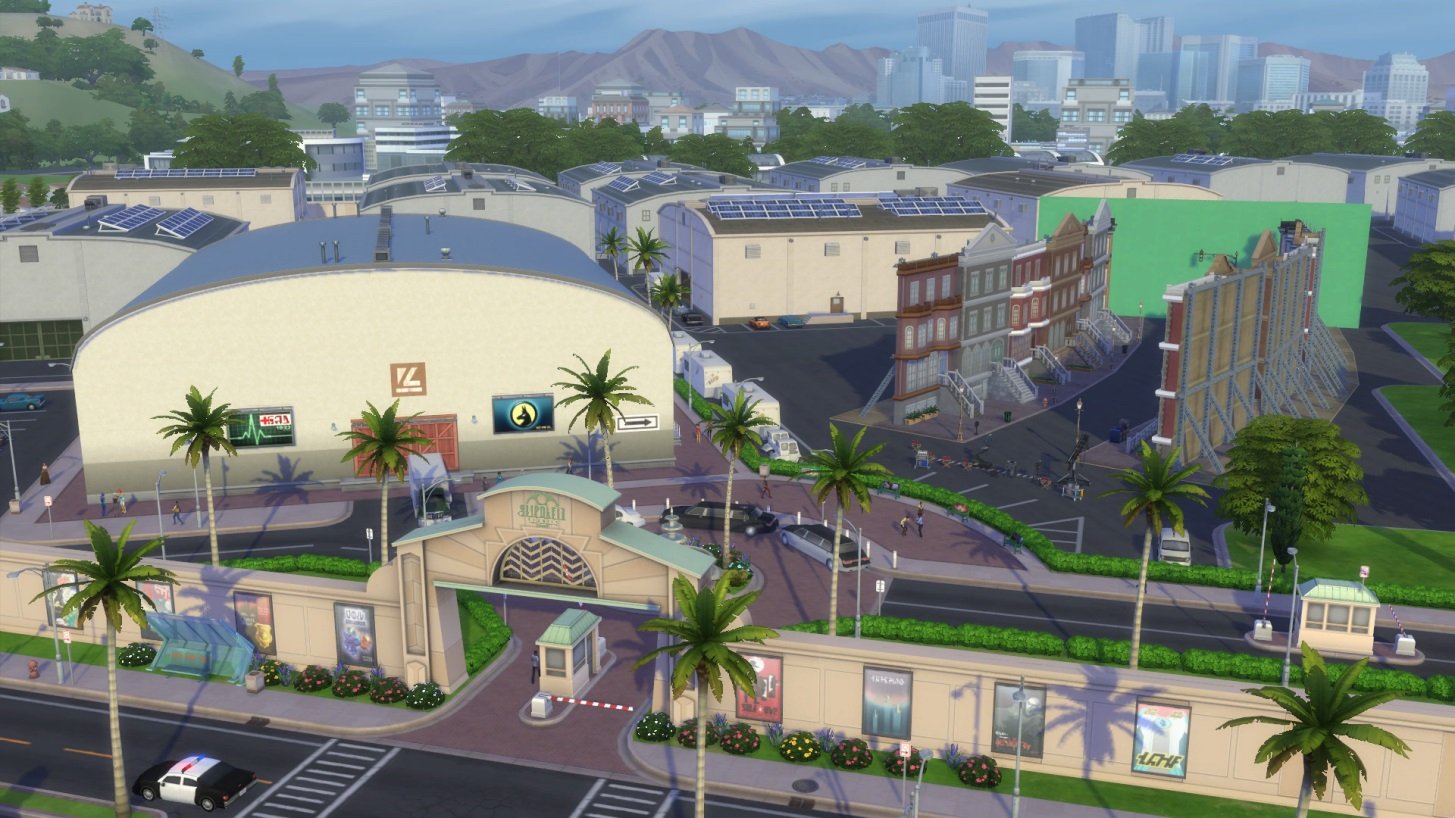 The Sims 4 Get Famous preview: Joining the A-list

The Sims have spent the past several years creating an ideal suburban life for themselves. They've undertaken honorable vocations, lived among the city, gotten together for social gatherings, and even adopted pets to help them get through their day-to-day routines. While everyday routines are fine for the average Sim, sometimes there's the desire for more. There's the desire to be famous.

The Sims 4's upcoming Get Famous expansion explores the idea of achieving fame and notoriety, both through traditional methods and through newer school methods. Some of us at Shacknews have our own delusions of grandeur, so we were more than happy to try and live out our fantasies by going hands-on with The Sims 4's next big expansion.

The most traditional way to try and become a household name in Get Famous is through the tried-and-true method of acting. Our demo put us inside a movie studio, where the idea was to go through the average routine of an average actor. There were a few new items on display. The routine started with the Hair and Makeup Chair, where a hairdresser could style a Sim's hair temporarily for as long as they're on set. There's a lot to do before meeting the director. Players can practice their lines in front of a mirror, go fit themselves for outfits, or socialize with anyone in the backstage area. Mingling becomes a big part of the experience, with the Sim able to acclimate to various personality traits, including one new one for the expansion: one where they become full of themselves.

After saying hello to the director, it becomes time to film a Western scene. There are several markers on stage, where players can opt to perform "Safe" or "Risky" renditions of their lines. Succeeding with Risky settings will earn additional fans, but the risk of failure can be pretty high. Your Sim could forget their lines, get distracted by something in the background and get a case of the giggles, or a piece of the set might not cooperate and get stuck in place. One example saw my Sim try a "Risky" guitar solo as part of a musical number, only to strike a sour note near the end.

Once the work day is over, Sims are welcome to hang around for a little while longer to chat up the director or other members of the staff. While this was a good indicator of the average actor's day, players shouldn't expect to start out with high-profile movie roles. Sims must start at the bottom, working commercial gigs or kids shows, before getting to a higher-profile job.

Those looking for a new school career track can opt to try and earn fame a different way. It's entirely possible to become an internet star, utilizing the types of influencer routes that are taken today. Sims can build their own studio space, record regularly, and post their work to Simstagram. Players will have a handful of new items to help them through this, like a special Streaming Drone (think something like EVE from "WALL-E"), multiple green screens, and a Recording Booth. Using the Recording Booth, Sims can produce tracks and remixes. Tracks and mixes can be burned, similar to books.

Regardless of how a Sim makes their fortune, the goal is ultimately to live a lavish existence in the hills of The Pinnacles. These homes are the ultimate status symbol, filled with statues, Denizen Ponds, Sleeping Pods (for sleeping or for WooHoo), and a Walk-In Safe to store Simoleons (which can also be used for WooHoo, if the player wishes). And what good is cash if it can't be flaunted. Sims will have the option to make it rain whenever they want. They can also take things down a notch and simply make it pour or make it trickle.

Get Famous will also feature a few new quality-of-life improvements for the average Sim player. This expansion will see the debut of first-person mode, which allows Sim players to hit Shift and Tab to conduct all of their interactions with a first-person camera perspective.

The Get Famous assets will all be available out of the gate and there looks to be plenty to explore on the road to notoriety. As always, the goal is ultimately up to the player, as they can either live as a humble actor, look down upon the masses in their hillside mansion, or celebrate their fame with the little people by earning a star on Starlight Boulevard. And if you do pick up a star, try and resist the temptation to vandalize other Sims' stars, though that is an option.

The Sims 4 will look to hit the A-list later this week. The Get Famous expansion comes to PC and Mac this Friday, November 16.