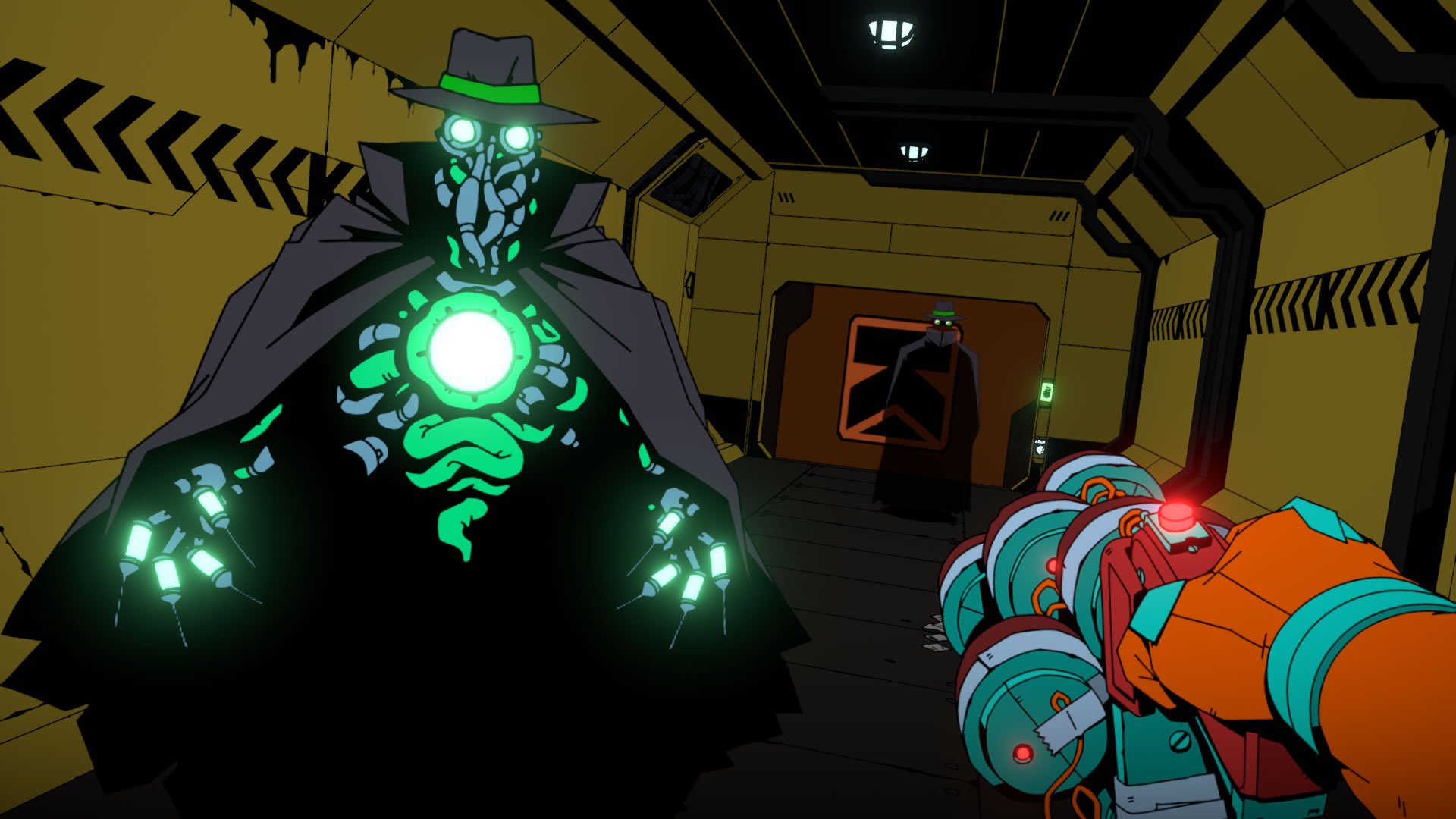 X018 reveals continue rolling through, and tha latest should whet the appetites of fans of BioShock as well as System Shock 2. Void Bastards is a brand new title being spearheaded by the director of BioShock, blending strategy and shooter elements into a sci-fi game with crisp cel-shaded visuals.

The core pitch of Void Bastards is a doozie: set in the vast and perilous vacuum of deep space, players will have to lead a group of Void Arks prisoners through the countless dangers found scattered about the Sargasso Nebula. The game looks to include several different mechanics, including a roguelike design inspiration, FPS combat, ship flight, crafting, survival, scavenging, and more. Check out the latest footage of the game featured below.

The cel-shaded aesthetic is certainly we don't see much of these days, and the 15-hour campaign should offer plenty of replay value thanks to the game's focus on learning hazard locations and ship layouts through repeated deaths. Progress isn't really lost — instead, when the player falls, a new prisoner will step up to the plate, with all crafting progress being carried over.

Void Bastards is slated to land on Xbox Games Pass when it makes its eventual debut sometime in early 2019. Players can find more information on the official Void Bastards website. For more X018 highlights, keep it tuned right here to Shacknews.