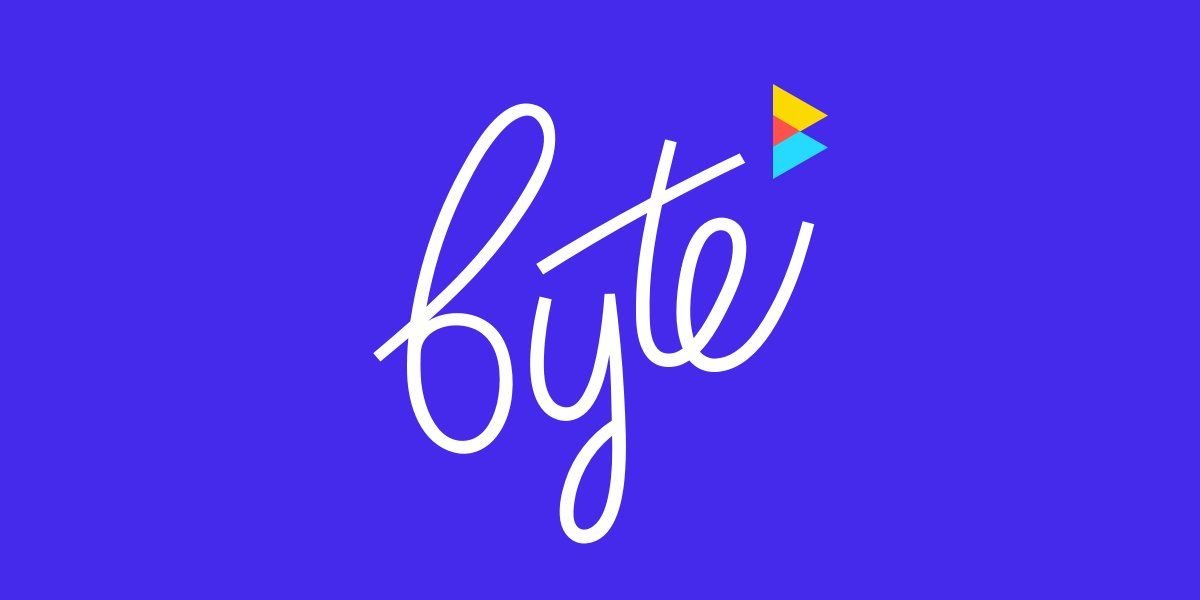 Clear some space on your smartphones and gather your creative ideas. Vine co-founder Dom Hofmann has revealed the name of his new looping video app. It's called Byte (sylized as "byte") and it launches in spring 2019.

We reported in Novembre 2017 that Hofmann was working on a follow up to Vine. Hoffman, then, said that he was "feeling it" for some time and had been getting a lot of tweets, DMs, etc about it. Vine is gone, but its many clips from creators live on largely in YouTube compilation videos and occasionally still make the rounds on other social media platforms.

Vine was a video platform that capitalized on the short attention spans created by the overwhelming amount of today's media by limiting clips to seven seconds. This also pushed creators to get really creative with their videos.

Despite its unfortunate demise, Vine was a powerhouse that is still delivering today. Many of the faces that became popular Vine users have become legitimate creators on other platforms and, likely, many will be jumping on Byte hoping to replicate that success. We'll have to wait to see what Byte brings to the table when it launches next year, but the official Byte website and Twitter accounts are live now. Stay tuned to Shacknews for additional updates.