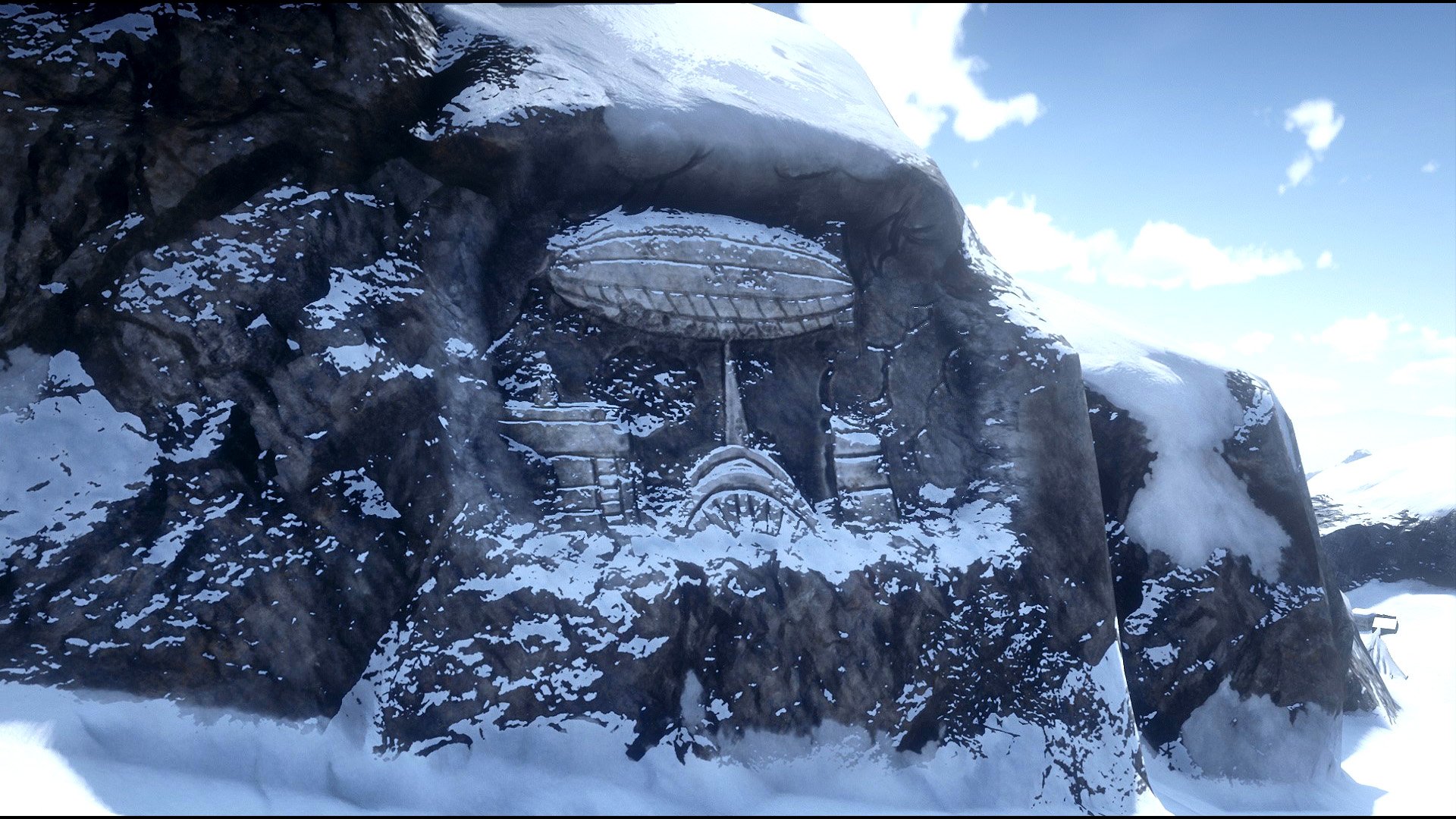 Red Dead Redemption 2 has a lot of collectibles, and the Rock Carvings are high on the list of those that are interesting. As part of the Geology for Beginners quest, players will need to collect all 10 of them. This will bring about an ingredient called the Old Brass Compass that is required to craft the Raven Claw Talisman at one of the Fence Vendors. Below is a walkthrough for how to find all 10 Rock Carvings, how to get the Old Brass Compass, how to craft the Raven Claw Talisman, and how to fix the whole thing if it’s bugged.

This quest is started by visiting Francis Sinclair at his cabin just northwest of Strawberry, east of Owanjila lake, which is home to a Legendary Fish, and southwest of Hawks Eye Creek. The conversation is a strange one, but once it’s over players are free to roam the world of Red Dead Redemption 2 in search of all 10 Rock Carvings, a journey that will lead to some incredible adventures.

Tip: I’ve constructed this guide in a way that hopefully cuts down on the cross-map travel. Generally, I’ve tried to order the Rock Carvings from west to east, mostly because players will get the quest while they’re in the west. The game orders them differently, but I’m certain my way is more efficient.

It’s advised to create a manual save when near a Rock Carving. Many of these are on ledges or cliffs, and one wrong step can see players tumble to their deaths. It’s also advised to carry clothing for both normal and cold climates given the variation in weather between locations.

Owanjila Lake is found just west of Francis Sinclair’s cabin where the Geology for Beginners quest began. Head to the west side of the lake but watch out for snakes that are known to inhabit this area. Take a Varmint Rifle for some good Beaver hunting.

Mount Shann is northeast of Francis Sinclair’s cabin, and even a bit northeast of Hawks Eye Creek. This one is on a path, so it shouldn’t be too dangerous in terms of slipping off a mountain or losing a horse to skidding on gravel.

This rock Carving can be found northwest of Flatneck Station, about halfway between the station and the Dakota River. It’s not far from Horseshoe Overlook, where the Van der Linde gang made camp in the early parts of Red Dead Redemption 2.

This carving can be found near the peak of Mount Hagen, which is going to require some warm clothing. It is also on a path (although covered in deep snow), so don’t go about climbing on dangerous rocks to try and find it.

Follow the Dakota River as it runs northeast until arriving just south of Dodd’s Bluff and Window Rock. Stay on the south side of the river. The carving is on a ledge that overlooks the river, just below the very top. There’s a path to walk to it, so don’t jump like I did.

North of Window Rock, along the Whinyard Strait river, is another Rock Carving. This one is on the west side of the river, and this rough terrain. Maybe leave the horse on the bridge just south of the carving and approach the carving on foot.

Northeast of Fort Wallace, southwest of Bacchus Station, and on the east side of the Dakota River there’s a Rock Carving high on a cliff overlooking the river. This is one where players should watch their step, and it’s advised to leave the horse somewhere safe, especially if it’s the white Arabian horse.

South of Moonstone Pond, but north of Heartland Overflow, is a carving located on a collection of hills and rocks. This one is easily accessible from a horse, and there’s nearly no danger of falling to one’s death. Consider it one of the easier collectibles to grab.

For those that have completed the Poisonous Trail Treasure Hunt quest, this carving is near the cave that holds the treasure. This is found on the east side of the Elysian Pool, on a rock face near the bridge at the south end of the pool.

Northwest of Annesburg is a cottage by itself in the woods called Deer Cottage. Head there (looting the building, and possibly sleeping in it), then go out back of the cottage. Up on the rocks is one of the carvings that players can grab. This is dangerous territory for many reasons.

There are rewards given out for mailing coordinates to Francis Sinclair, or you can hang on to them and hand them in all at once, which I don’t advise.

By mailing all 10 Rock Carvings at once players will get the rewards for mailing one and mailing five at the same time. They will then have to leave the Post Office, wait a couple days (sleep or just let it happen naturally), then return when they have mail. The Invitation from Fancis Sinclair should be there (the Post Office icon changes). This will put an icon on the map for Francis Sinclair’s cabin. When players visit, they will trigger a cinematic. When the cinematic ends, do not leave the cabin! Loot the cabin, finding the Old Brass Compass on the small table in the middle of the room. It does not magically transport to the Satchel.

If the Old Brass Compass is not in the Satchel, it means it wasn’t picked up from the table after the cinematic. Returning to the cabin will see the door locked and seemingly no way to get inside. Well, thanks to a Reddit user, I was able to test and confirm a fix when I personally had this issue. Stand outside the door of the locked cabin, then create a manual save. Exit to the title screen (from the game menus), then load back into it. Players will likely be a short distance from the cabin, but when I ran to it the door was no longer locked and I was able to loot the Old Brass Compass.

What to do with the Old Brass Compass

Once it’s confirmed that the Old Brass Compass is in the Satchel, head to a Fence vendor and choose the option to Craft. It’s here that the Raven Claw Talisman can be made for $29. This will slow degradation of all weapons by 20 percent, which means less buying Gun Oil or having to visit Gunsmiths to clean each weapon.

Tracking down all 10 Rock Carvings and completing the Geology for Beginners quest for the Old Brass Compass and Raven Claw Talisman is quite the journey, so consider looking out for Legendary Animals on the path. There’s a lot more to do, though, so visit our Red Dead Redemption 2 walkthrough and guide to browse through many of the game’s activities.