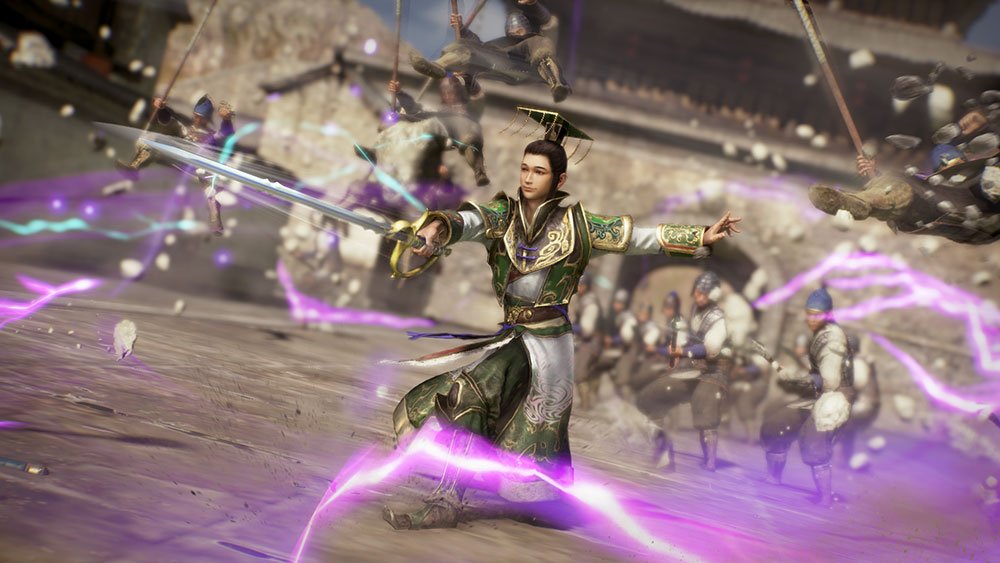 Koei Tecmo's latest installment in their long-running Dynasty Warriors series took a bold departure from the game's traditionally level-based combat. Instead of going the usual route, Dynasty Warriors 9 took a shot at an open-world action-RPG experience that left some fans hesitant and others curious. Whatever side players may find themselves on starting today Koei Tecmo is giving PS4 owners and anyone with a Steam account a chance to try a sample version of the game before they throw down some cold, hard cash on the full version.

Dynasty Warriors 9 Trial is a free version of the game that allows players to try out three playable characters from the full roster of 90 and see what the story mode has to offer for themselves. DW9 Trial allows for online co-op with other Trial players as well as with players who own the full version of the game. There seems to be no time limit as far as how long players can explore the open-world before going through the story missions either and the map is rather large, so there's definitely a lot of free content to explore. Along with the PS4 and Steam version of the Trial version that is available today players with an Xbox One will be able to grab it on November 21.

Dynasty Warriors 9 also recently announced a new season pass that, according to the press release, will give players "a variety of additional weapons, costumes, scenarios, and a plethora of useful materials – including various types of coins; a book of Musou; and exploding arrows." The season pass is now available on the PS4 and will be coming to Steam on November 8. The Xbox One version of the season pass does not have a release date at this time.

I personally reviewed Dynasty Warriors 9 and while I'm a big fan of the series overall, I have to admit it was not my favorite in the franchise. But even with that said, one can't really argue with a free opportunity to form an opinion for themselves.