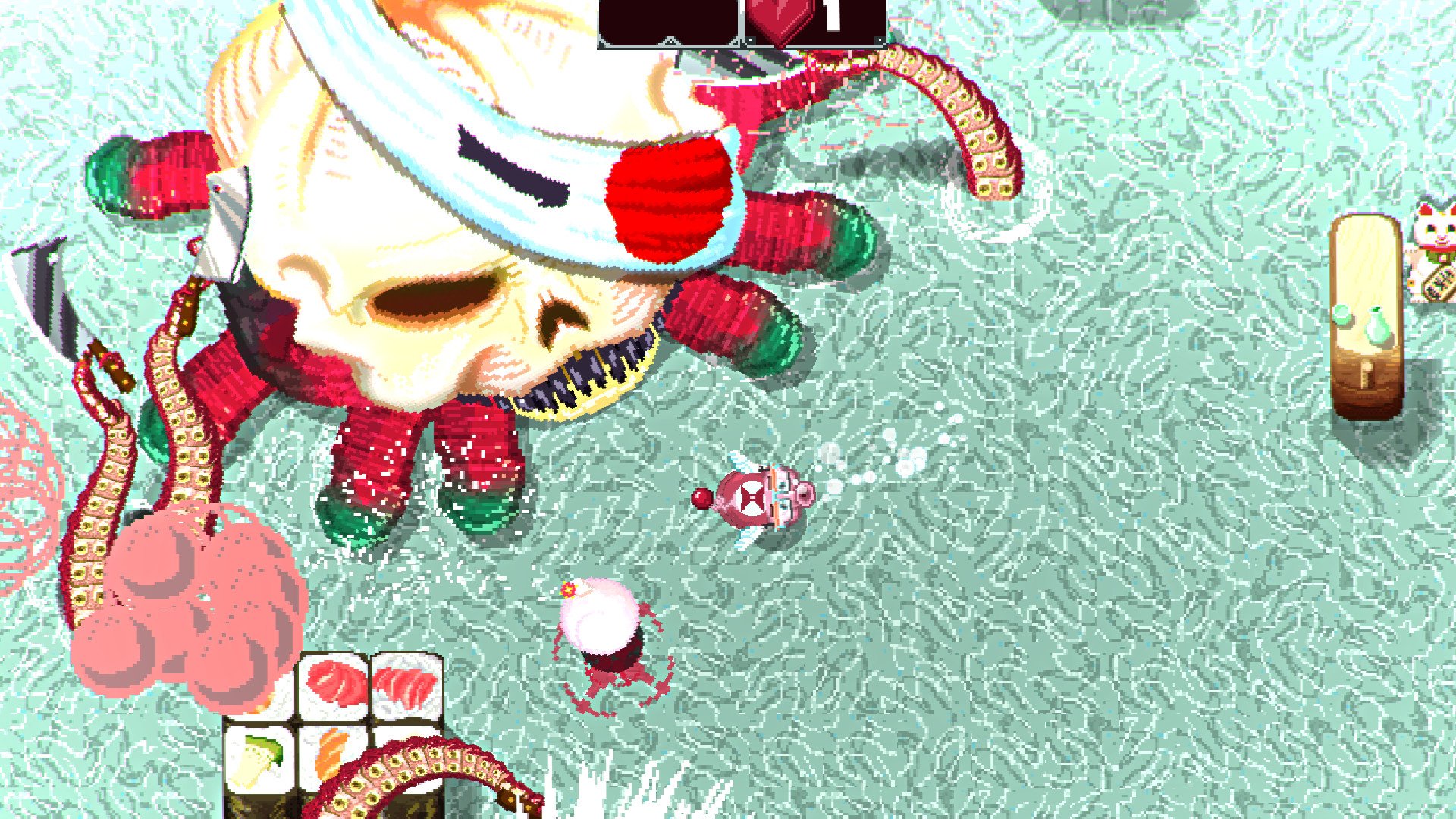 Pig Eat Ball may have a silly name, but don't let that stop you from giving it a look, because it looks like a hilarious spin on classic, arcade-style games.

Players take on the role of Princess Bow, the daughter of King Cake, a king whose head is, well, made out of cake. King Cake has come up with "The Royal Games," or a way to find Princess Bow a husband. The Princess, as you can imagine, isn't too into this idea. So what does she do? She puts on a disguise and decides to instead enter the competition, unraveling some unsavory secrets along the way.

Pig Eat Ball finds players exploring a wide variety of lands on the Space Station Kingdom, from the squid-infested Sushi Gardens or Kitchen Chaos, with 10 hours of single-player oddities to wade through. Players will find themselves eating up flying pies, bowling on conveyor belts, and snacking on things that don't look fit for consumption, all in the name of defying King Cake!

The game, from developer Mommy's Best Games (founded by industry veteran Nathan Fouts) looks like a surreal and strange take on typical arcade adventures, and looks like the kind of thing that would fit right in with anyone who loves titles like Space Funeral or games of that ilk, especially with its colorful, bizarre graphics.

Players can opt to try out the 4-player offline couch co-op mode with dozens of custom levels to complete as well, or create their own levels with the Level Editor that's exclusive to PC players. Importantly, there are also over a dozen accessibility options to keep the title open to a wide variety of players as well.

The game is available now on Steam, but it'll be coming to PlayStation 4 and Xbox One soon as well.