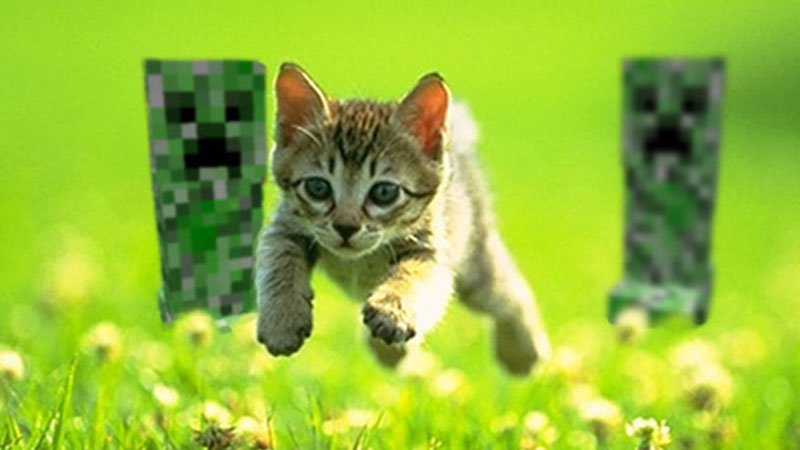 Like death, taxes, and NCIS, Minecraft simply won’t stop. Nearly a decade has passed since the game first appeared in early access on the PC, the block-world franchise is still kicking. Fans have been excited for next year’s Village and Pillage Update, and the development team is holding a new contest that will allow one lucky player to have their cat immortalized in-game via a custom cat skin.

If you feel that your cat has what it takes to live forever in the digital block universe, you’ll need to submit a picture or video of it to either Facebook, Twitter, or Instagram while using the hashtag #Minecraftcatcontest.

Applications are being accepted now through November 12. The finalists will be formally announced on November 16, at which point the community will be able to cast votes for which of the three final cats will make the cut for inclusion into the game via a skin created by pixel artist Jasper Boestra. The winning cat will be announced by the Minecraft development team on November 19.

For a full rundown of all the official rules of the contest, please refer to the Minecraft Cat Contest rules page. Keep it tuned to Shacknews for more updates on Minecraft’s Pillage and Village update as they become available.