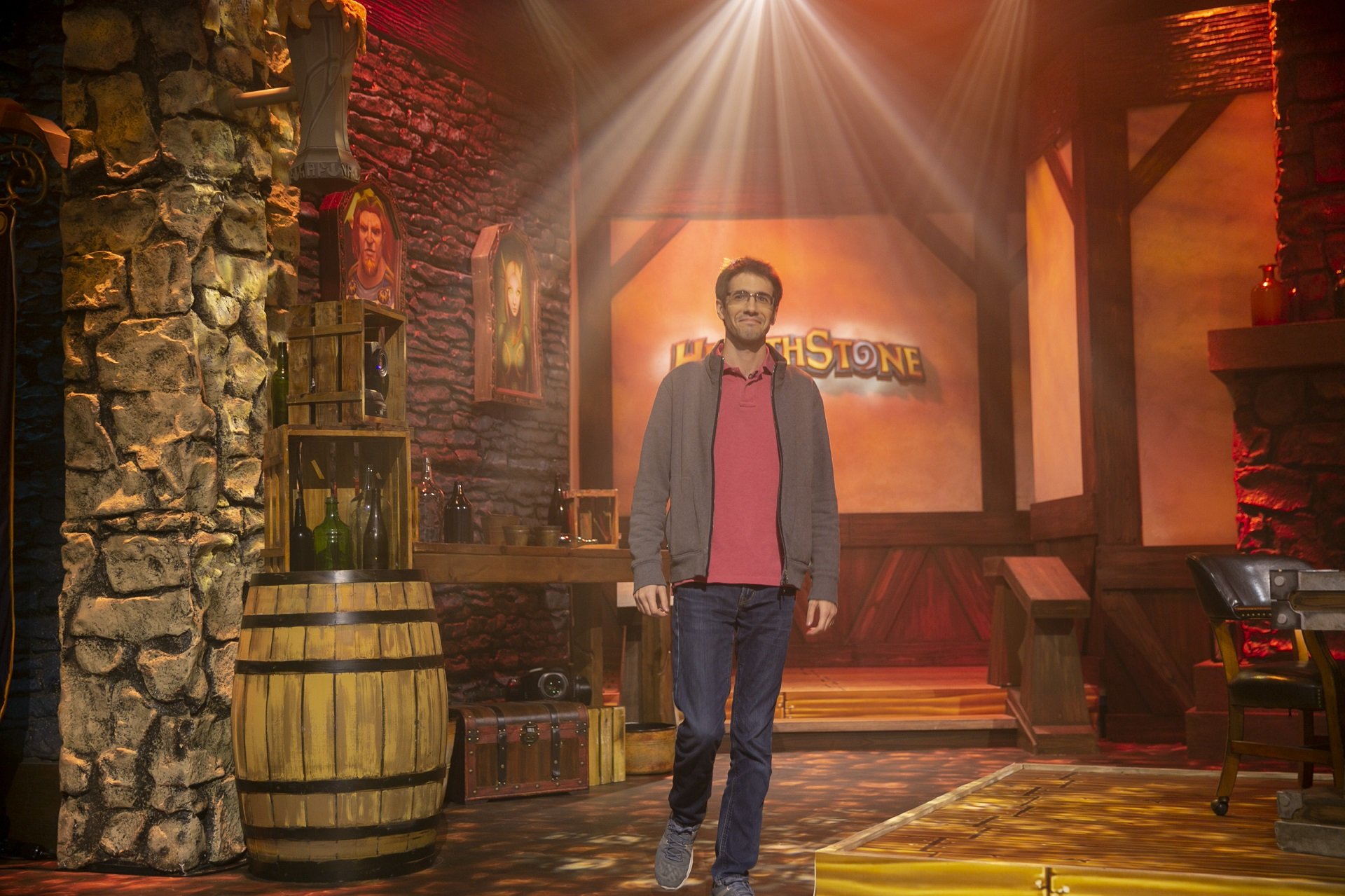 The Hearthstone Fall Championship has come to a close. The finals came down to two North American players, but only one was able to take home the bulk of the $250,000 prize pool. That player was Mihai "languagehacker" Dragalin, who wrapped up the championship in quick 3-1 fashion against Brian "Bloodyface" Eason.

The final game saw languagehacker's Recruit Hunter wrap things up swiftly. While the deck normally takes a little longer to get going, Mossy Horror managed to wrap this package up neatly, destroying languagehacker's own Devilsaur Eggs and getting his 5/5 Devilsaurs online.

The first game went Bloodyface's way after he drew a double Soul Infusion for his Doubling Imp, overwhelming languagehacker before he could get his Taunt Druid in high gear.

Bloodyface took a risk in the second game by playing Myra's Unstable Element and emptying his entire deck, but came up empty on his draws. That allowed languagehacker to clinch this game with The Lich King and Naturalize.

The third game saw Bloodyface pour on heavy pressure with his Odd Rogue against languagehacker's Shudderwock Shaman. Bloodyface looked to be on the verge of a lethal play, but languagehacker stayed alive with the combination of Electra Stormsurge and Healing Rain. This allowed languagehacker to stay far enough out of reach and win this game, even without the Shudderwock play.

In addition to prize money, the top four players at this tournament have received invites to the 2018 Hearthstone World Championship, which will take place in early 2019. Those players are:

One of the most intriguing of the early matches was between JustSaiyan and Thomas "Sintolol" Zimmer. JustSaiyan got off to a strong start in the first game and looked to have the game in hand after forcing Sintolol to burn his Bloodreaver Gul'dan Hero Card, continuing an unfortunate running theme for poor Sintolol, in which he continues burning his most essential cards.

Despite this, Sintolol regrouped and managed to win off The Lich King and an Anti-Magic Shell that it dropped.

But JustSaiyan regrouped from there and took the next three games to advance to the semifinals and punch his ticket to Worlds.

That was followed by an even wilder match between languagehacker and Roman "RENMEN" Kudriavtsev. On paper, languagehacker's Taunt Druid looked to have RENMEN's Cubelock, a deck out of an older meta, beaten handily. But RENMEN turned the match completely on its head when he used his Spiritsinger Umbra, Faceless Manipulator, and Prince Taldaram to copy languagehacker's Hadronox, repeatedly bringing back his own taunt minions and warding off languagehacker until he went into fatigue state.

However, languagehacker would also bounce back, clinching the series with his Shudderwock Shaman.