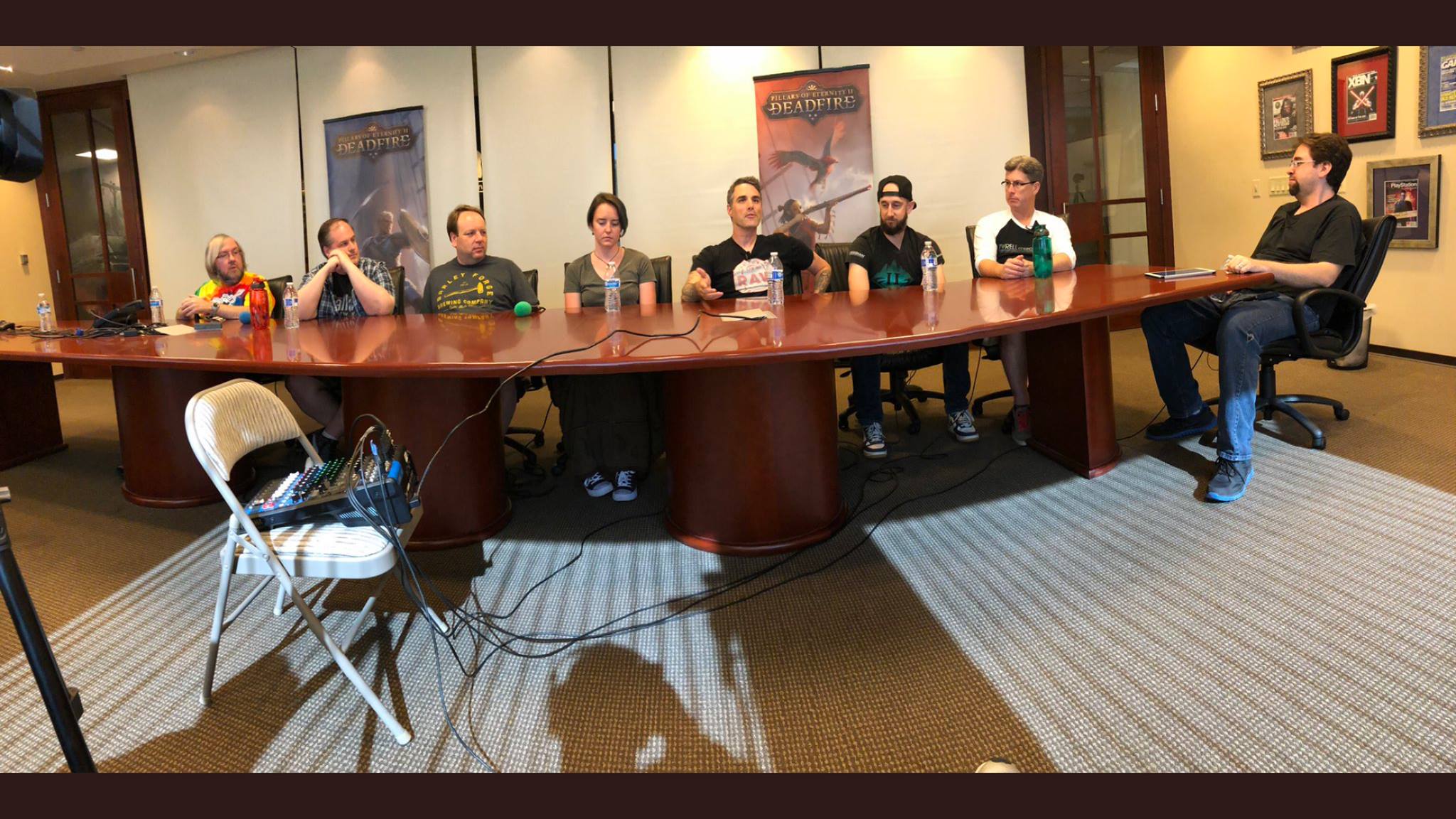 Welcome to the inaugural Shacknews Long Table, a recurring video series where Shacknews editors host panel-type discussions with developers. Our inaugural Long Table was recorded on May 8, and can be viewed here as well as within the next Shacknews Long Read, Beneath a Starless Sky: Pillars of Eternity and the Infinity Engine Era of RPGs, to be published this Friday, October 5, on Shacknews.

Written from extensive research and over 40 hours of interviews with developers from Black Isle Studios, BioWare, and Obsidian Entertainment, Beneath a Starless Sky is a 480-page book that recounts the making of both Pillars of Eternity titles as well as the foundational Infinity Engine roleplaying games: Baldur's Gate and Baldur's Gate II, Planescape: Torment, and Icewind Dale and Icewind Dale II.

On the afternoon that Pillars of Eternity II: Deadfire went live to the delight of CRPG fans around the world, I hosted a long-table discussion—because in the games industry, with its abundance of conference rooms and rectangular tables, round tables are in short supply—with seven developers from Obsidian Entertainment.

For nearly an hour and a half, we talked the ingredients that define a roleplaying game made by the studio regardless of sub-genre or theme, the status of Infinity Engine-style RPGs such as Pillars of Eternity, settings the developers would love to tackle in future projects, and perhaps most importantly, who made bets to shave heads or eat obscene amounts of fattening foods on the condition that Deadfire holds at or above a certain aggregate score on Metacritic.

Enjoy the discussion, and remember to check back on the afternoon of Friday, October 5, to read Beneath a Starless Sky and check out more exclusive video features.

Everything changing with Destiny 2 in Season 16: The Witch Queen
Login / Register