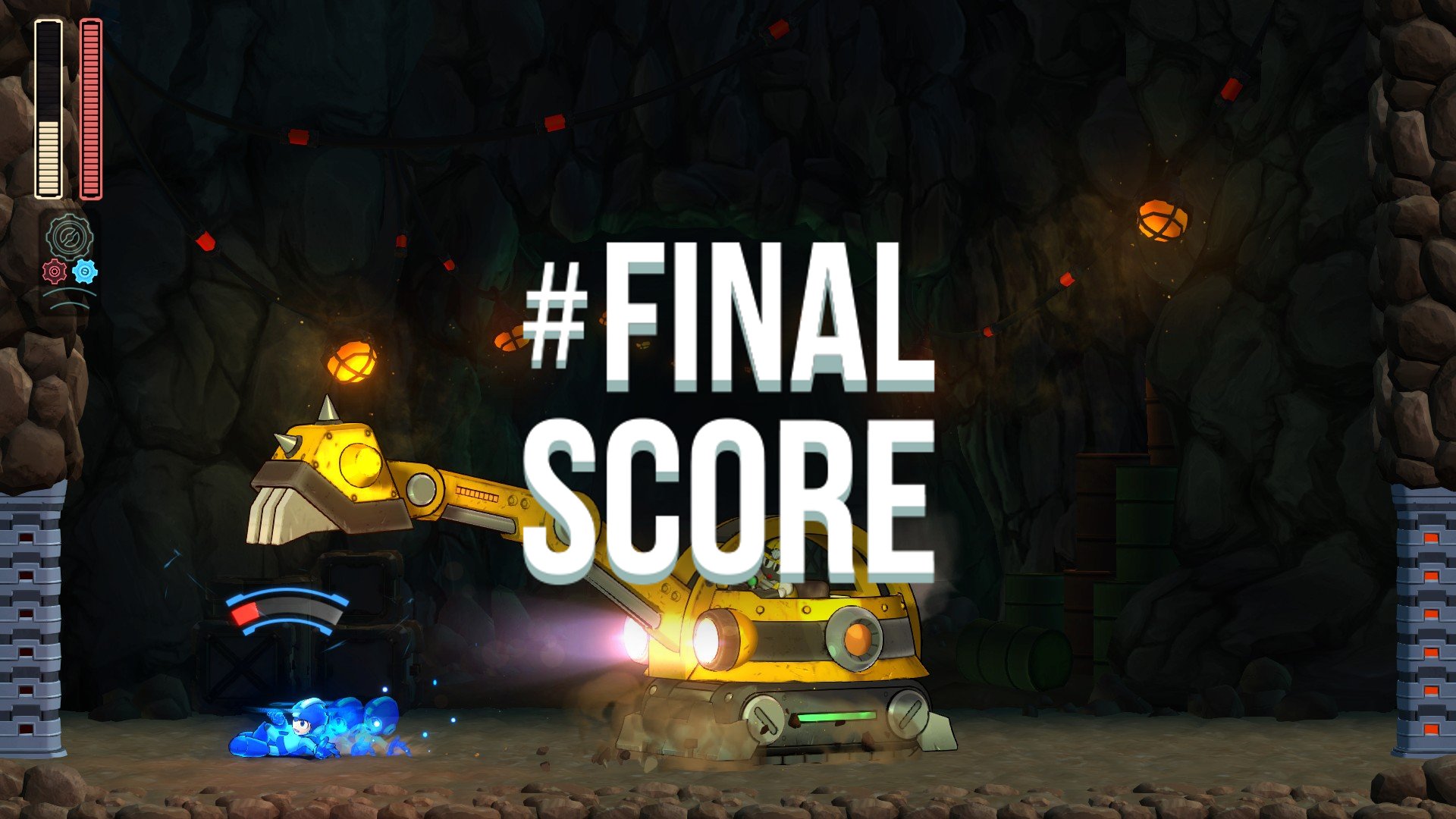 After almost a decade away, Capcom's super fighting robot has returned. Mega Man 11 is a Blue Bomber for a new generation in more ways than one, as Mega Man's first step into a new console generation also comes with a new art style and some new mechanics.

With Mega Man 11 hitting store shelves today, it's a good time to revisit the Shacknews review from earlier in the week. We'll also put it side-by-side with reviews from across the gaming world, but we'll also take a particular interest in getting a myriad of perspectives this time around. Not only are we looking at reviews from platform-specific sites, but we'll even look to the Mega Man fan-focused outlet to see if Capcom does right by this beloved character.

Shacknews 7/10: "It's been quite a while since video game fans were treated to a proper Mega Man release. Capcom's iconic robo-hero has been rocking around for 30 years, and most of his adventures — even the newer ones — have relied on gameplay design that was showing signs of age before many of today's gamers were even born. Put simply, the Blue Bomber was in desperate need of a makeover, and Mega Man 11 aims to make that happen through a new visual style and some fresh gameplay tweaks. By and large, the new formula works well, but there are a few flies in the ointment that prevent Capcom's latest release from stacking up to the classic titles that came before it."
-Kevin Tucker

Gamespot 7/10: "Mega Man 11 is a good action game that you can easily identify with, but it's far too uneven and bumpy to hold up against some of the best installments in the venerable franchise. At its best, it's a terrific retro romp with exciting boss encounters and unique gimmicks. At its worst, it's a frustrating experience whose too-long levels toss out infuriating obstacles to progress at the worst times. But even with these issues, it just feels good to see Mega Man back in action, and Mega Man 11 will hopefully be the start of many new robotic adventures to come."
-Heidi Kemps

Destructoid 8.5/10: "How much Mega Man 11 is expected to reinvent the wheel is by nature subjective. Despite its reserved approach, it undeniably slots in very nicely with the classic series while bringing our old friend into a new era. The big finish could have been a little more mega, but it succeeds in pulling off the gargantuan task of getting people to care about Mega Man again."
-Chris Carter

Push Square 7/10: "Ultimately, Mega Man 11 is another rock solid entry in the long running series. The new presentation style and Double Gear system is largely a success, and aside from some particularly nasty areas and enemy placement, the level design is decent. The level of challenge is what fans will have come to expect of the franchise, but unbelievably strict collision detection can result in some harsh losses. It's a tricky balancing act to make a new Mega Man game for hardcore fans as well as newcomers, and Capcom has just about walked that tricky tightrope, but not without some small wobbles on the way."
-Stephen Tailby

Xbox Tavern 8/10: "Whilst not quite the best in the series, Mega Man 11 hits the spot. The game does a good job at modernizing the Blue Bomber’s latest adventure, and although the few subtle changes may not be for everyone, I have to commend the game for being widely accessible at the same time as respecting its hardcore roots. Despite its issues, this is a must have for Mega Man newcomers and returning fans alike."
-Mark Sherwood

Nintendo Life 9/10: "Mega Man 11 is an excellent resurgence for the Blue Bomber, imbuing the tried-and-true classic gameplay with modern touches and new ideas that expand on existing concepts in interesting ways. The underlying action platforming gameplay is just as tight and challenging as you remember, and when combined with the new visuals and extra options for replayability, you’ve got a game that’s every bit as good as those that came before, while surpassing them in some ways. Mega Man 11 is a modern classic, a fitting refresh for a beloved series, and we’d highly recommend you add this one to your Switch library whether you’re a newcomer or you’ve been playing since the NES days. Bravo, Capcom."
-Mitch Vogel

BONUS UNSCORED REVIEW
The Mega Man Network: "All in all, Mega Man 11 provides a solid package that will hopefully please a base of fans who have long been starving for new content. It manages to merge the familiar and classic elements of the series with newer and more modern aesthetics and features in a way that is pleasing, even if it doesn't do much to innovate the series on the whole. There is the Double Gear system, but by the fiction presented here alone, it’s not one that seems meant to last.

"There are other additions, such as the challenges, which help add some replay value, but don’t really bolster the main package all that much. It should also probably be noted without saying too much that at this point (with one minor exception), if you haven't seen certain “appearances,” you’re not going to at this point in time.

"Mega Man 11 serves as more of a return for the Blue Bomber than a revival, but as returns go, this is a darn fine one."
-David Oxford

Mega Man 11 is available now on PC, PlayStation 4, Xbox One, and Nintendo Switch. For those looking to try before they buy, a demo is currently available.