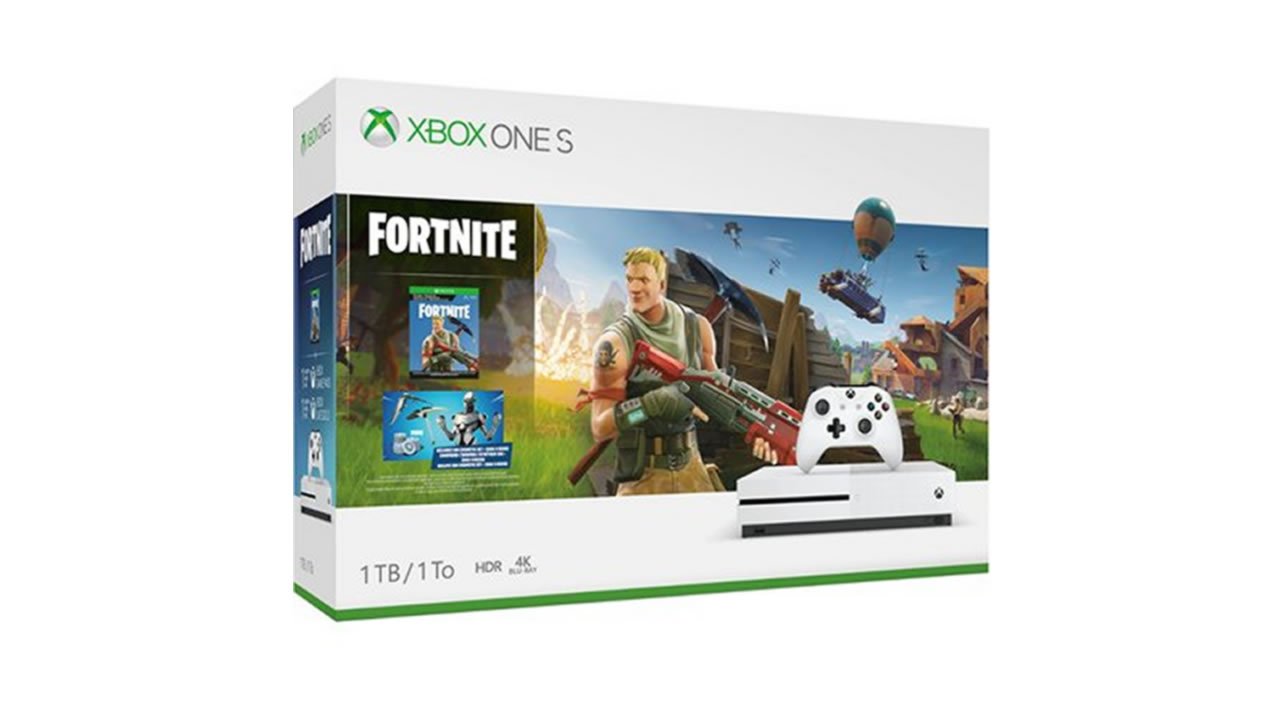 There's good news on the horizon for Fortnite fans who haven't yet picked up an Xbox. Microsoft has just announced the upcoming availability of the new Fortnite Xbox One S bundle, which pairs together the company's refreshed Xbox hardware with Epic Games' definitive battle royale experience.

If you’re a fan of @FortniteGame (who isn’t) and looking to upgrade your Xbox One console, say hello to the Xbox One S Fortnite bundle, which comes with 2,000 V-Bucks + some other in game DLC pic.twitter.com/25BIUCWYHS

The new bundle packs together Fortnite as well as 2,000 V-Bucks and "some other in game DLC." While the exact contents of the DLC are likely subject to change, details on the box indicate that the bundle comes with a full set of skins, including a player outfit, pickaxe, glider, and more.

Game fans will note that the system itself is Microsoft's slimmed-down, souped-up Xbox One S, in this case the model with 1 terabyte of storage. The S is around 40% smaller than the original Xbox One, and gains future proofing in the form of 4K, 4K Blu-ray, and High Dynamic Range support. While it won't actually run games at native 4K like the powerful Xbox One X, the S is able to upconvert images from 1080p to better suit a 4K display.

We don't yet have any specific information about pricing or release date, but it's practically guaranteed that the Fortnite Xbox One S bundle will be readily available for purchase around the holidays. As for cost, it will probably retail for about $300, or the same as previous 1TB S bundles featuring games like Forza Horizon 3 or Sea of Thieves. Keep it tuned here to Shacknews for further updates, and be sure to check out our 2018 video game release date schedule to stay on top of all the latest releases.