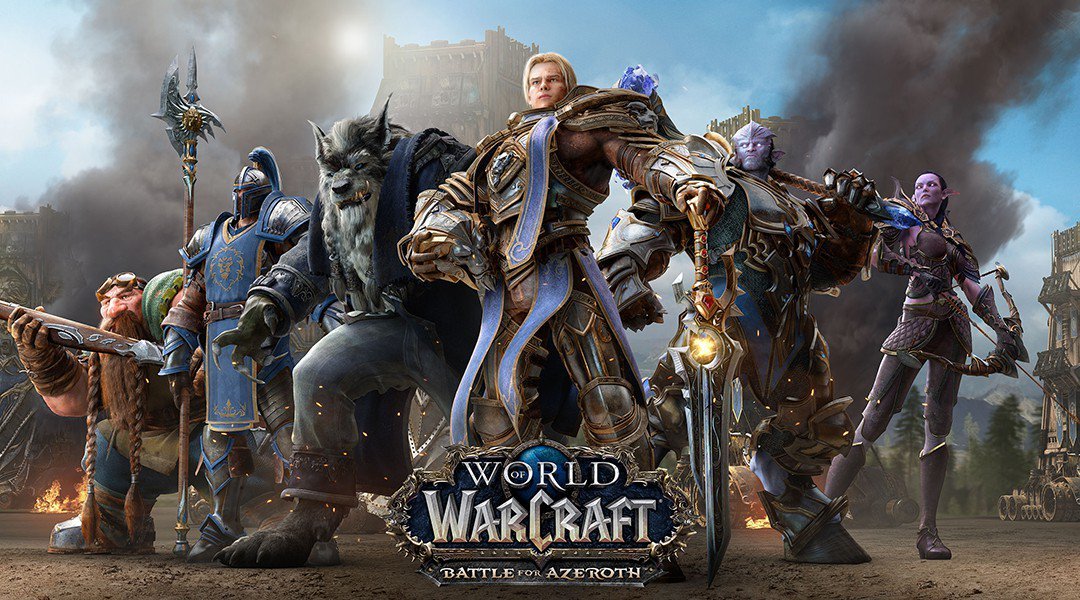 WoW: Battle for Azeroth Review - In this world, of Warcraft

If you’ve never liked MMOs, Blizzard’s latest World of Warcraft expansion isn’t going to do anything for you. At one point, Blizzard’s massive open world game had more than ten million paid subscribers. It’s not a matter of bringing new players in, but bringing back old ones that have lost interest or just haven’t had the time to commit to an MMO game. Luckily, World of Warcraft: Battle for Azeroth does everything it can to entice old players to return.

Battle for Azeroth comes with a max level increase (110-120), two new continents to explore, new modes, and an abundance of things to do. Battle for Azeroth brings six new Allied races, three for the Horde and three for the Alliance: Mag’Har Orcs, Highmountain Tauren, Nightborne, Lightforged Draenei, Void Elves, and finally the long-awaited Dark Iron Dwarves have all been added to the ranks. While not a huge addition, their addition brings a level of variety and story to why these races have joined the Horde and Alliance forces. Unfortunately, unless you've pre-ordered the expansion, the short quest-lines to unlock these races are behind a week's worth of grind— especially if you've been out of the game for a year, like I have, and failed to get into the end game of Legion. It's pretty unacceptable and is seriously a lame design choice.

Two new continents are also available to explore, with three new zones each: Kul Tiras home to Jaina Proudmoore, and Zandalar the homeland of the Trolls. Warfont (which was not live at the time of this review) is the new PvP/PvE mode that plays a lot like Warcraft 3, challenging you to build up a base in a battleground and conquer your enemy. War Mode is also a big deal as it has replaced PvP servers. This new mode allows you to activate PvP, transporting you to what is essentially a PvP instance. This is a good addition as you can turn it off in capital cities if you find yourself getting ganked constantly. Lastly, gone are your artifact weapons as they have been replaced with armor that you infuse with shards to unlock abilities and bonuses.

If you’ve played through the events of the last expansion, Legion, you could tell that Blizzard has made leaps and bounds in the story department and it gets even better with Battle for Azeroth. The storylines that entwine the world are well-written. Most of the key story points have in-game cutscenes that add to your immersion in the world. While other lesser important events may include just voice work, they still made me feel connected to the world more than I’ve felt in years. This is largely thanks to the clever writing.

Not all quest lines are fully voiced. Certain quests had me laughing out loud, particularly one that had to do with a hard-of-hearing pirate and a buried treasure. Speaking to him was a great moment in Battle for Azeroth. You’d ask “I’m looking for buried treasure” only to read his response “Fairy ledger?” It’s moments like this that had me reading all the dialogue. Most of the quests are still pretty dated: go here, go there, kill 12 enemies and so on. The game attempts to break up the monotony by having you take control of a beast or mech to clear out enemies, or arm you with a cannon to quickly dispose a quest objective. It breaks up the generic questing just enough to keep you invested. Players can just sit in Stormwind and queue random dungeons until you hit the level cap of 120, but they would be missing out on the great stories the world has to tell.

More of the same, yet subtly different

World of Warcraft turns 14 years old in 2018, and it unfortunately shows its age. Invisible numbers and RNG chances limit World of Warcraft badly in terms of gameplay. Player skill boils down to knowing your combat rotation and popping high cool down abilities at the right time. Aside from doing weird abstract things in certain boss fights or PvP, there’s little variety to the gameplay, That’s not to say it’s bad, but if you’re on the fence because of old school MMORPG button rotation combat, there’s really no change here. That said, it is impressive that the developers have found way to try to keep the gameplay interesting given the constraints to work within this small box of tools.

A WoW 2.0 with updated gameplay mechanics is way overdue. I think what keeps players coming back is the story, which again is the expansions strongest point. The ever-changing world of Azeroth evolves and you get to experience it through your character’s eyes firsthand. This makes you feel involved and important in this world, of Warcraft. Perhaps the biggest disappointment is the deletion of your artifact weapon. This was the driving force behind the entire Legion expansion and it was just flat out removed from the game. I feel that Blizzard needs to make sure that future game mechanics are able to stay within the world. It would be like if Pet Battles were suddenly removed. Core gameplay mechanics should be able to find a way to stay awhile in this ever-evolving world, but this one has been removed completely, and WoW loses some points for it.

It’s all about the end game

If you’ve completed the story there’s still a lot to do in this world, of Warcaft. New dungeons with fun themes and locations are enjoyable to grind through and PVP is always a fun whether you’re casual or hardcore. The world, of Warcraft is bursting at the seams with stuff to do. Don’t Like PvE? Try Pet Battles. Don’t Like Pet Battles? Try PvP. I’m a pretty casual player and the thing I enjoy doing the most is going back to old content and playing through it solo, for the first time. Fighting your way through the Black Temple raid to defeat Illidan is fun, and playing other older content makes the game feel very Diablo-esque. The World of Warcraft manages to hold up even 14 years later and it’s an impressive feat considering it looks like WoW and Final Fantasy Online will be the only MMOs to survive over other games like Wildstar. If you’re looking to get back into WoW you will be impressed by the presentation, the music, story and writing . They all come together beautifully and await you, young adventurer, to experience them.

This review is based on a download code provided by the publisher.