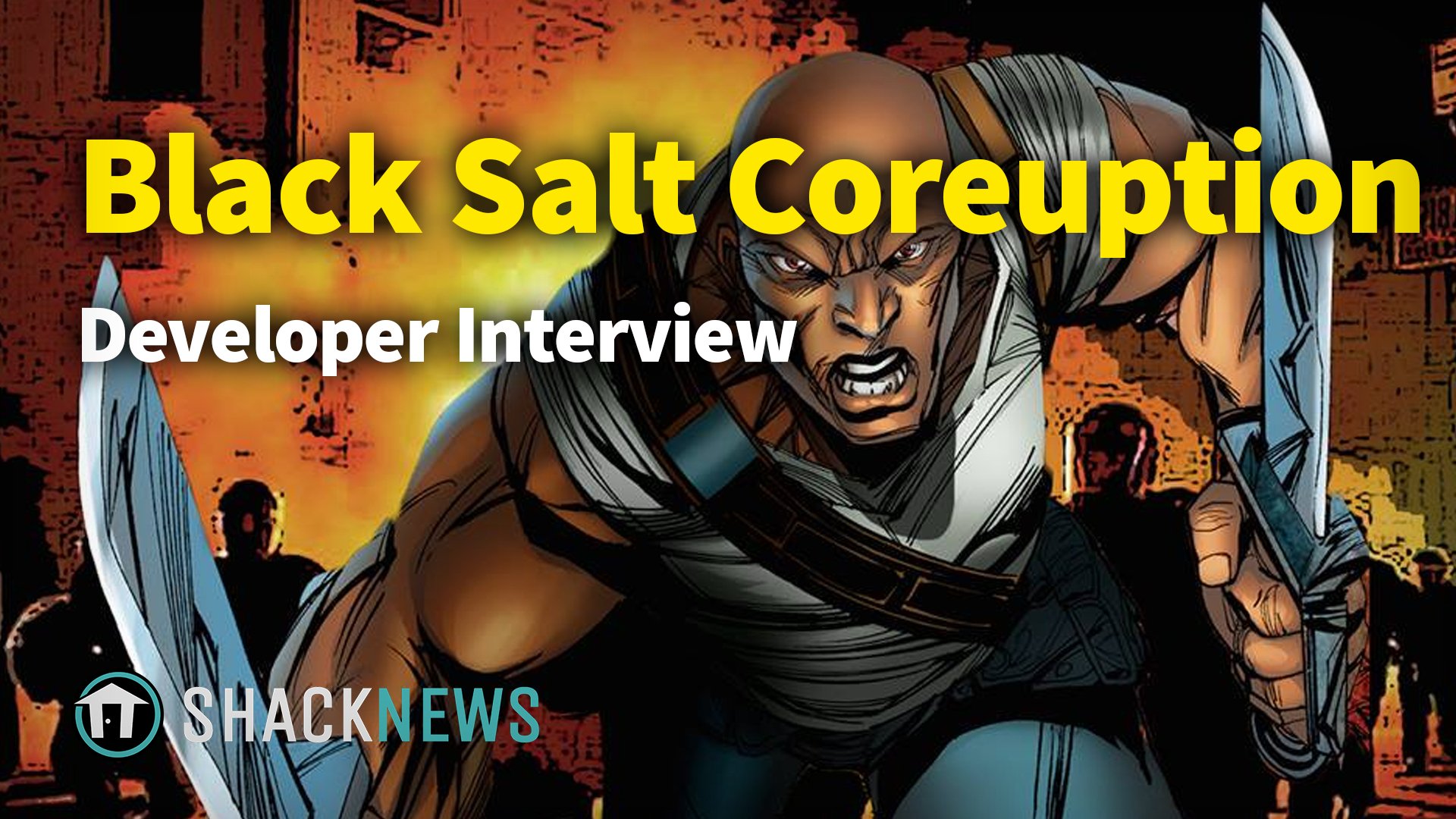 Black Salt is a series of martial arts comics that has quietly built up an audience among martial arts aficionados and those who enjoy old-school action movies starring guys like Bruce Lee and Jackie Chan. It was later adapted into a feature film distributed on Cinemax's MAX/GO service, which in turn is spinning off a 3D arena fighter.

Black Salt Coreuption has made the rounds at events like San Diego Comic-Con, EVO 2018, and most recently at PAX West. Shacknews caught up with Jesse Wright to learn more about this game. And yes, brace yourselves for a Dark Souls comparison.

"Black Salt Coreuption is a 3D fighting game that brings together two comic book properties that me and my business partner are working on," Wright tells Shacknews. "Really, it's a fighting game that's more about timing than it is inputs. That was one of the things that we wanted to make different, something that would be a little bit more pick-up-and-play. It's more similar to the matchup in like a Dark Souls or Bloodborne-style game, so we've noticed that a lot of people have picked up on that and go right into doing combos and are like, 'Wow, this is really cool! Like, I'm good at fighting games now!'"

Other inspirations cited include the old-school fighter Battle Arena Toshinden, as well as single-player action games like the Souls games, Ninja Gaiden, and Devil May Cry. Wright also talks about the Black Salt crossover with his own Coreupt comic book series that the game is predicated on, as well as some of the characters that players can expect to meet.