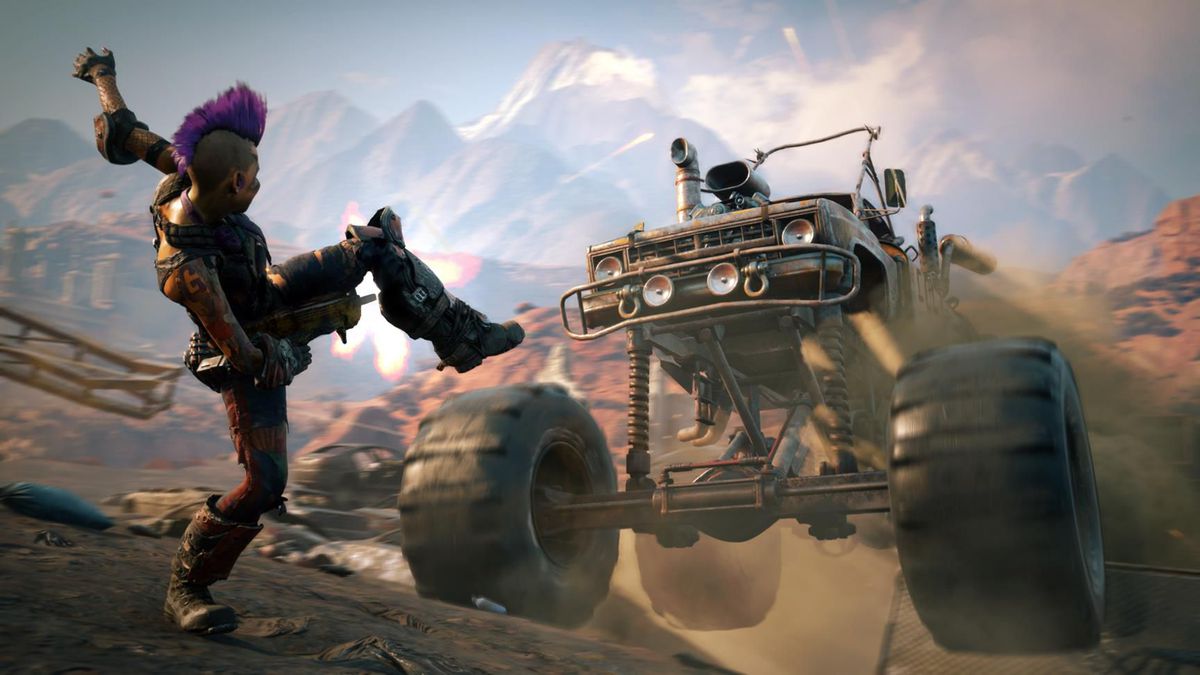 id Software's Tim Willits: 'Rage 2 will deliver on the promise of Rage'

Rage 2 is on the horizon, and with QuakeCon 2018 having just come and gone, we got to hear and see a lot more of the upcoming sequel. Shacknews sat down with id Software's Tim Willits for a chat about the much more expansive vision of the world of Rage.

"The biggest thing is the emergent gameplay. The first Rage was very directed and very linear. But now you can do what you want and go where you want. We've engineered the story to allow that play as well," said Willits.

"We're focusing on single-player. We feel that the game has great value for what you get. We do have a long tail, like community things that we'll talk about soon. For now, we're going to focus on a great experience for the player.

Also, there may very well be an homage to a certain billionaire in the fun little Easter egg that calls out a certain "Elton Tusk," so look out for that. Rage 2 is currently without a concrete release date, but it's projected for a 2019 release. We'll make sure we bring you all the latest and greatest surrounding the new game as more information comes out.