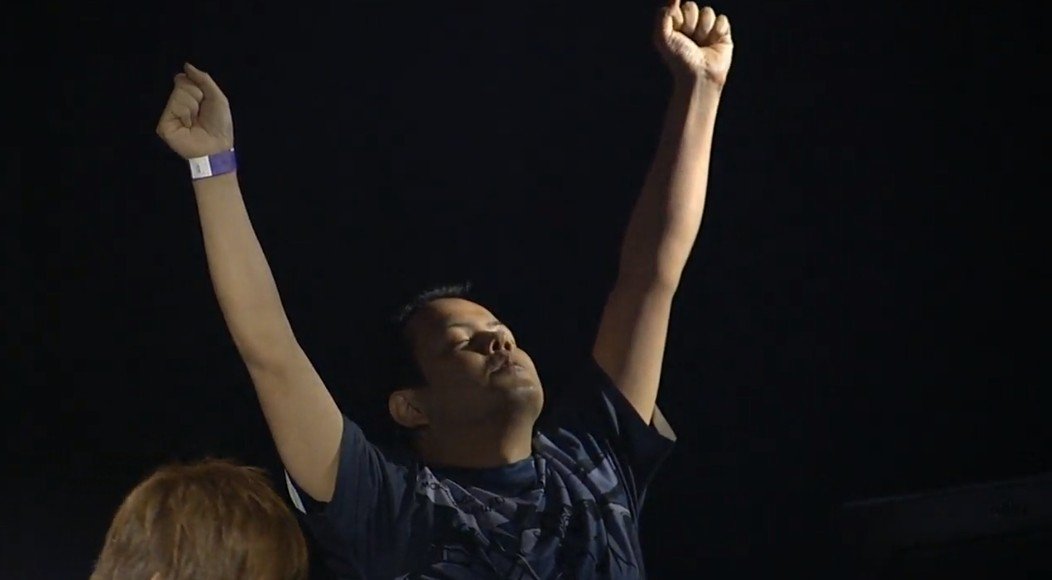 The final day of EVO 2018 is underway. As has become tradition during the biggest fighting game tournament of the weekend, Sunday kicked off with an anime fighter Top 8. And as is often the case, that anime fighter started Sunday in exciting fashion. This year, the Grand Finals for Guilty Gear Xrd REV 2 came down to the last two EVO champions, but it was Omito Hashimoto becoming a back-to-back EVO World Champion, stunning Masahiro "Machabo" Tominaga with a quick 3-0 victory in Grand Finals.

Omito played a patient style throughout the Grand Finals. Even as Machabo tried to pressure him in the corner with Ky Kiske, Omito's Johnny patiently blocked and waited for his opening before cutting right through him with killer combos. Machabo's aggression worked against him, as Omito was able to cut him down in quick fashion.

EVO 2018 will continue with Top 8s throughout the day, with Guilty Gear Xrd REV 2 set to be followed by the Top 8 for Super Smash Bros. Melee.