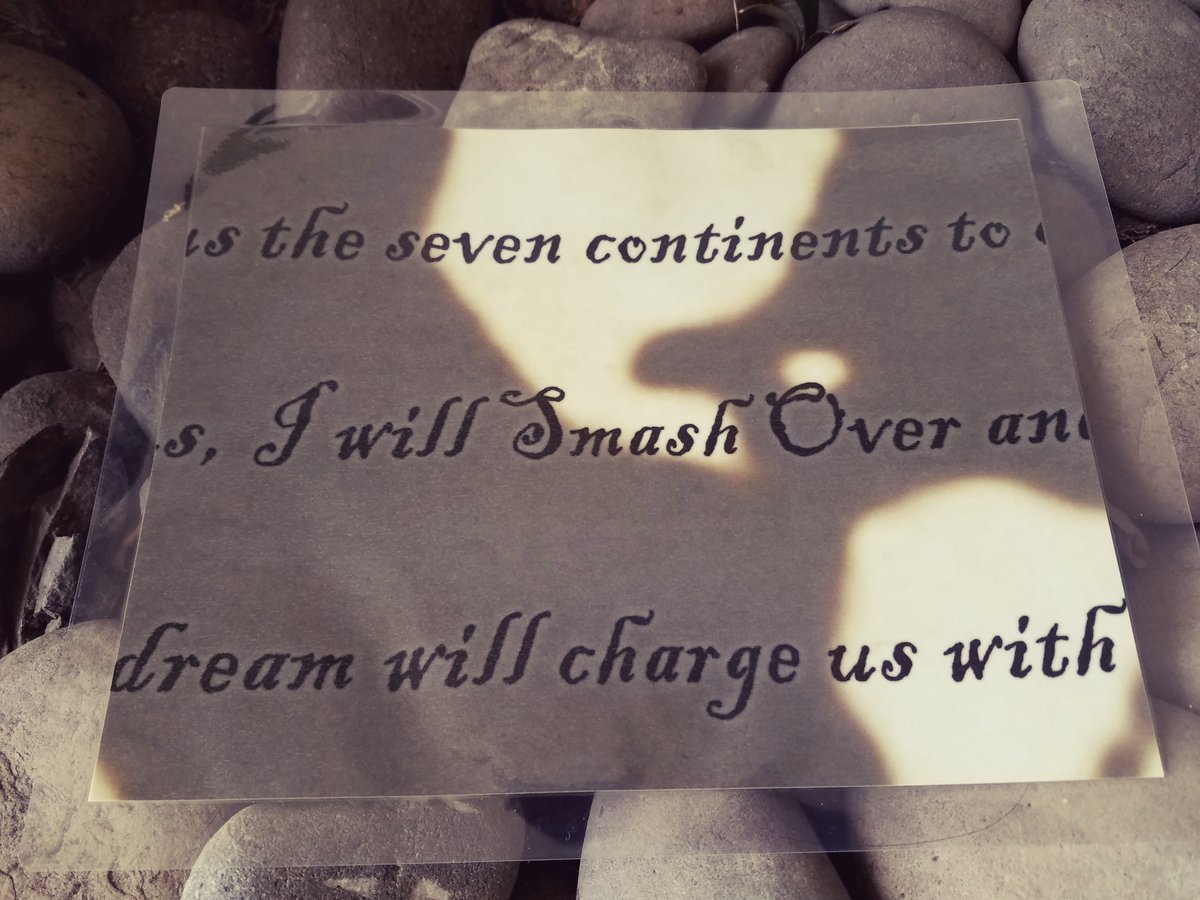 Update: The puzzle has been assembled. Here's the message:

We will unite on the fifth of August when those at the top will begin their fight for glory!#MessageToThePeople 🌎 pic.twitter.com/MYFEfYt2WA

"To the people of Earth who yearn for unification. Only you have discovered the knowledge I have bestowed upon you. Presented with this knowledge, you will now understand my purpose. One voice plus the seven continents to carry mankind. All that divides us. I will Smash Over and Under to Burst. The Impact of my dream will charge us with the power of Earth. Every Charge you build will strengthen my voice. Victory will be achieved once we become Pangaea once again. One world where I will be your President."

You may notice certain items bolded. The puzzle comes out to T-O-P-8-A-T-E-V-O. What could this all be leading to?

Tune in to this Sunday's Street Fighter V: Arcade Edition Top 8 at EVO 2018 to find out.

Original story: EVO 2018 kicked off on Friday. To celebrate the start of the biggest fighting game tournament in the world, Capcom appears to have sent off a cryptic message to Street Fighter V fans.

My voice is your voice.
What I fight for is to fight for all of you.#MessageToThePeople 🌎 pic.twitter.com/gy7NrzVBBQ

This is a fragment of a mysterious passage that Capcom is referring to as a "Message to the People." While it's just one piece of the message, other noteworthy members of the Street Fighter V: Arcade Edition pro player scene appear to be getting different pieces of the mysterious note.

Hmmm a mysterious man gave me this random file at #EVO2018 I wonder what this could be? 🧐🧐🧐#MessageToThePeople pic.twitter.com/uBBEj82E61

I got this mysterious message. What could it be?? #MessageToThePeople pic.twitter.com/mxldD50fKX

Dont know what this about BUT I NEED ANSWERS!! #MessageToThePeople pic.twitter.com/7yNnpFADD0

The intrepid users of r/StreetFighter are piecing together the message, but only have six pieces so far. The message begins "To the people of Earth who yearn for unification. Only you have discovered the knowledge I have bestowed upon you. Presented with this knowledge, you will now understand my purpose."

What exactly is this pointing to? Heavy speculation is that it's a tease for G, the next character in Street Fighter V: Arcade Edition's Season 3 Character Pass. Given that EVO is typically a weekend for big fighting game news and announcements, this would be the most logical outcome. Stay tuned throughout the weekend to learn more about Street Fighter's Message to the People and how it relates to the game moving forward.