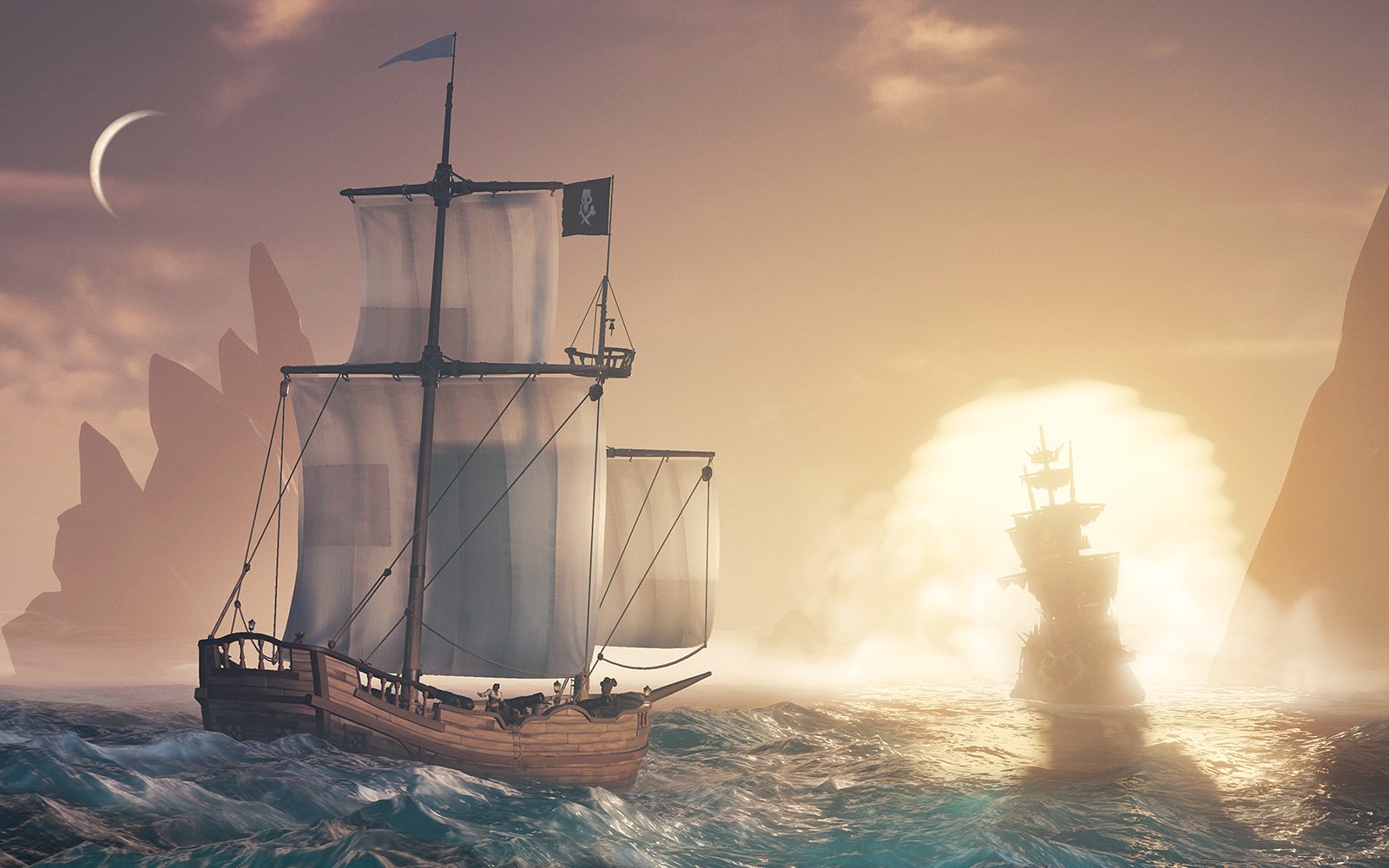 How to Find Skeleton Ships in Sea of Thieves

Now that skeleton ships are rising out of the water other players are no longer the only ship-to-ship threat in Sea of Thieves. Skeleton ships are tremendously powerful, wielding cursed cannonballs and an unlimited supply of skeletons, but finding a skeleton ship can be a mystery for the uninitiated.

How to Find Skeleton Ships

As part of the three-week Cursed Sails campaign, players can visit any of the six outposts around the map to see a banner with a note attached. These notes reveal that skeleton crews are challenging players to come and find them aboard their ships.

Finding skeleton ships – at least while the Cursed Sails event is active – requires finding these banners and taking note of the islands mentioned, and the directions given. Sail to the island mentioned and then set sail in the direction listed. For example, at the outposts in Shores of Plenty, the banner says to find the skeletons “north west of Smuggler’s Bay”. This means, players should head to Smuggler’s Bay and then patrol the waters to the north west of the island.

There is one more important thing to note, these banners mention dates that the skeleton ships will be active. These refer to the in-game dates displayed on the pocket watch. To find the pocket watch, open the item wheel and press the button that corresponds with “show more” and select the watch. Opening the pocket watch reveals the time as well as the date. Players who sail to the islands mentioned outside of the dates listed will not be able to find any skeleton ships.

Shacknews has a helpful guide, skeleton ship spawn times and locations, which tells you where to find the skeleton ships, when they will be active (both in-game time and in real life), and the types of cursed cannonballs they use. Use this tool to help strategize your gameplay so you don’t miss out on defeating one of the crews for the Cursed Sails commendations.

Knowing how to find skeleton ships isn’t the only thing players will need to know, it’s also important to work out the best strategy for killing skeleton ships, as they are no pushovers. Once the Cursed Sails campaign ends, the skeleton ships won’t just disappear, they’ll be added to the world as a constant threat, much like the megalodon and the kraken.

Check out the Shacknews Sea of Thieves guide and walkthrough for more insight into the various mechanics of Rare’s latest and greatest game.