Fortnite’s Battle Royale mode is going to be a little bit more explosive thanks to Content Update 5.10 and its new Limited Time Mode, Fly Explosives. As the name suggests, for a limited time players can take to the skies in a new mode that features the previously-vaulted jetpack and the notoriously overpowered guided missile – though the latter is now toned down to stop it from being a doomsday weapon.

The guided missile isn’t just relegated to the LTM, it will be added to the full Battle Royale experience, so keep your ears peeled for the dreaded sound of a missile coming your way. Battle Royale players aren’t the only ones receiving new content, those will the full game and access to Save the World will now be able to get their hands on the Spyglass Sniper Rifle, a snazzy-lookin’ sniper that is a part of the Flintlock Weapon set.

Make sure you know how to clear the Week 3 Challenges in Fortnite, like where to find the clay pigeons and the locations of all the birthday cakes so you can unlock some of those awesome emotes and skins. 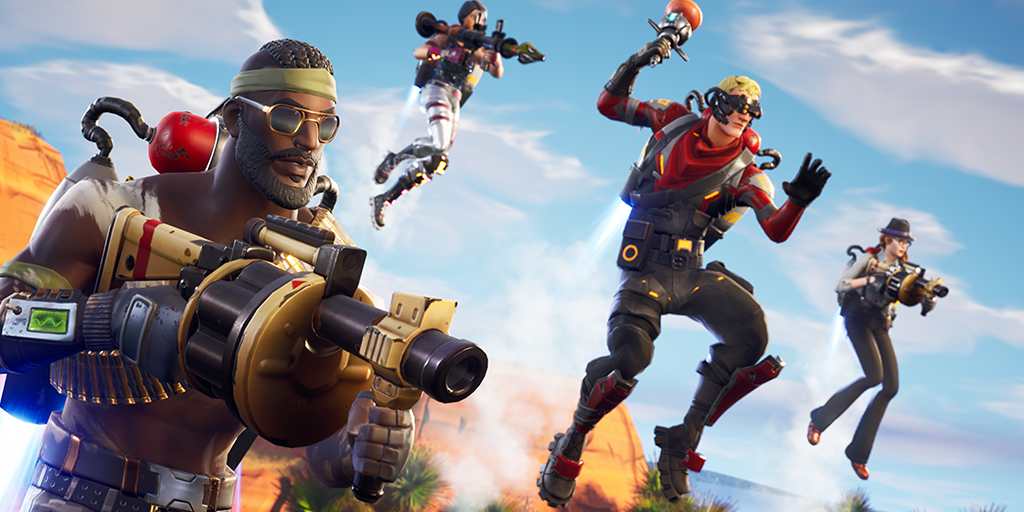 This week kicks off with a new LTM, Fly Explosives. It’s all about jetpacks, explosives, and complete cartoon chaos. Take flight with your team and seize Victory Royale.

The Guided Missile is back from the Vault and dropping into Battle Royale this update! In its time away, the Guided Missile has been tweaked and tuned down as it was too strong upon its initial release.

Players in Save the World can now get their hands on the new Spyglass Sniper Rifle. It debuts in the Weekly Store August 1, at 8 PM ET.

The Guided Missile returns from the Vault! Scan the battlefield from above, weave through obstacles, and rocket ride teammates into the action.

BOOM! The new Fly Explosives Limited Time Mode is here and it’s a blast for the whole squad. Use Jetpacks to fly above your foes and rain down in this explosives only game mode.

Spyglass Sniper Rifle (Save the World)

Husks don’t stand a chance against this newest addition to the Flintlock Weapon set. This powerful single shot sniper packs a punch, so hold on tight as you take aim and fire.

This mode combines the explosive fun of the High Explosives LTM and the vaulted Limited Time Item Jetpack. Take to the skies and blast everyone else back to the lobby!

While the jetpack is only going to be available while the Limited Time Mode is up, at least the guided missile has found its way out of the vault and back onto the battlefield. Soak up as much time in the air as possible, as Fly Explosives is only going to be around for a short time in Fortnite!

How to change your name in Fortnite