The Overwatch League is down to two teams, but it's not the teams that anyone expected heading into this weekend. On Friday, the London Spitfire continued their molten hot streak by polishing off the Los Angeles Valiant with another 3-0 sweep in their second match. But on Saturday, League viewers were shocked to see the Philadelphia Fusion complete their 2-0 sweep of the team with the best regular season record, the New York Excelsior. With a 3-2 tiebreaker victory in Match 2, the Fusion punched their ticket to meet the Spitfire in the inaugural Overwatch League Grand Finals.

The Excelsior came out uncharacteristically lethargic on Wednesday, but came out on Saturday much more feisty and far more prepared for their opposition. But the Fusion were also ready. Behind an incredible performance from Jae-Hyeok "Carpe" Lee, who piled on 84 elminations to his 29 deaths, Philadelphia was able to ward off a fierce final XL push on Dorado and hang on to win the match and the series.

A day prior, the Spitfire showed that they're also ready for the Finals with a surgical strike on the Valiant. London mastered the tank meta, with the Valiant unable to overcome the Spitfire's team play. The second map on Oasis was a perfect representation of this semifinal battle, with London going up 100-0 in the first round and never letting up from there. 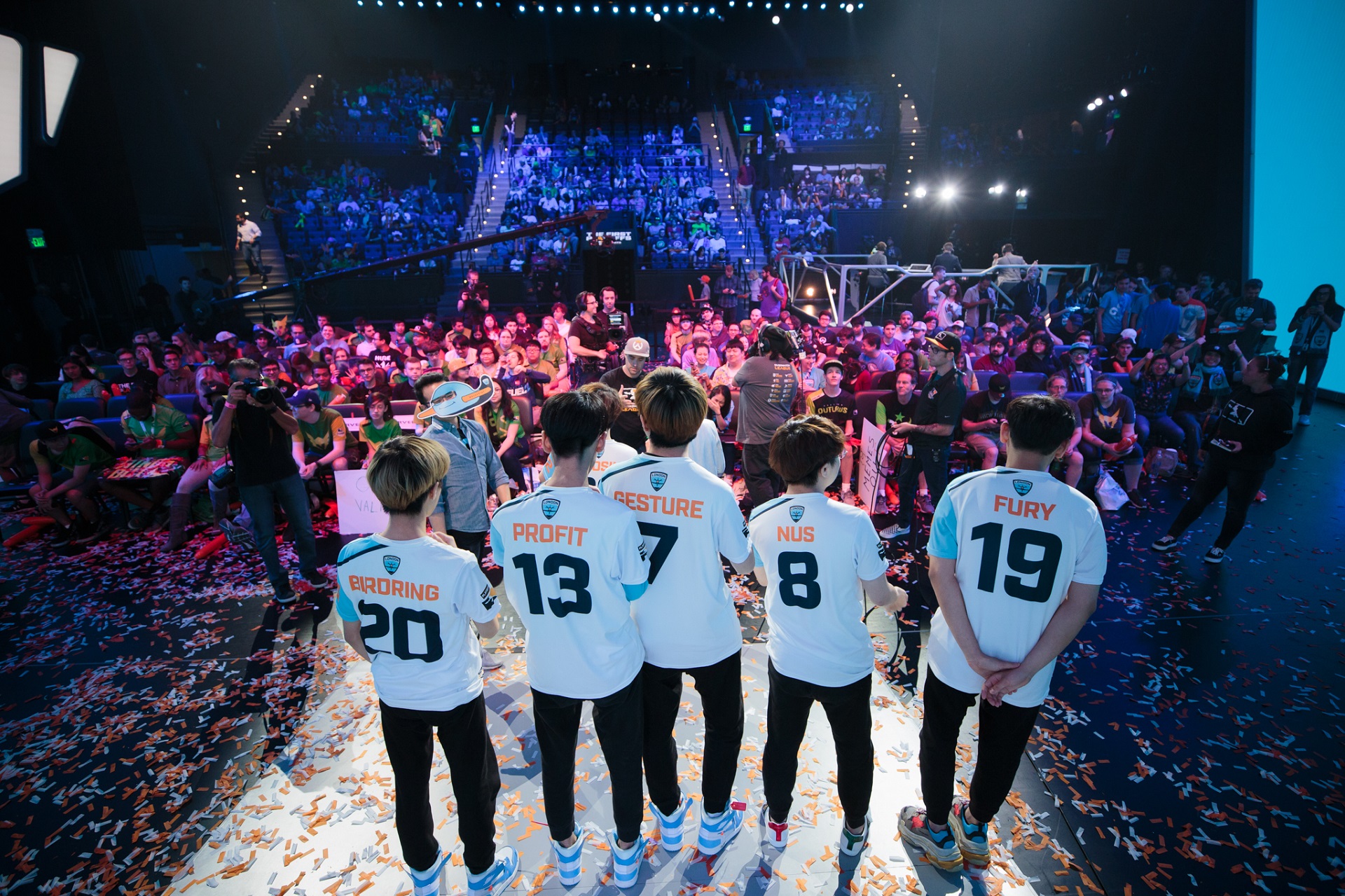 Next up for Philadelphia is the streaking London Spitfire in the Overwatch League Grand Finals. (Photo credits: Robert Paul, Blizzard Entertainment)

Next for the Overwatch League is the Grand Finals, but all of the games in the Blizzard Arena have concluded. The final series in this first Overwatch League season will be played in Brooklyn, NY at the Barclays Center, starting this Friday, July 27 at 4PM PT. As part of a new broadcast deal, Friday's Match 1 can be seen on ESPN, while Saturday's second and third matches can be viewed on Disney XD. A full recap of the weekend will run on ABC on Sunday, July 29 at 12PM PT.