Was the reveal of an all-new Hearthstone expansion not enough for today? Blizzard doesn't believe so, as it has deployed the digital card game's latest update. That update includes some previously-teased changes, along with a returning event from last summer.

Update 11.4 opens the door for Boomsday Project pre-orders, while also providing a terrifying look at the game's newest Hero, Mecha-Jaraxxus. The new Warlock hero is available immediately to anyone who pre-orders the bigger Mega Bundle, which also includes 80 card packs, for $79.99. 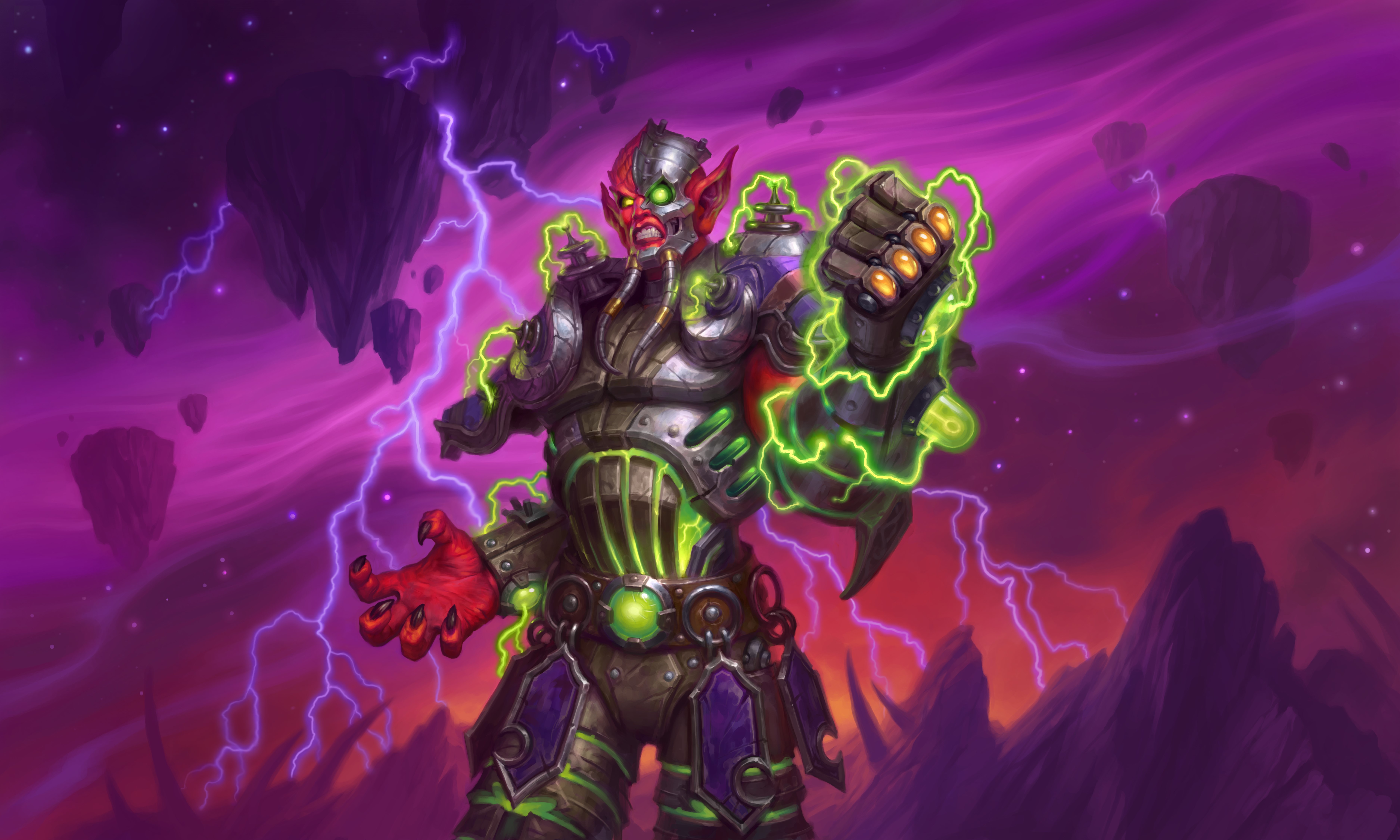 Players can also look forward to the return of the Midsummer Fire Festival, Ragnaros' hottest celebration of the season. This will include the return of the Ragnaros Fire Festival Tavern Brawl, as well as a new PvE Tavern Brawl set to debut a little later. Basic Daily Quests will also reward double gold, which should help players save up for new Boomsday Project card packs when the expansion goes live on August 7.

And as noted last week, Mountain Giant, Molten Giant, Witchwood Piper, North Sea Kraken, and Jungle Moonkin have had their tribal tags adjusted. So Elemtental Mage and Shaman players can now enjoy adding some Giants to their ranks.