Concrete Genie E3 2018 Hands-On Preview: The World is a Canvas

Readers may be familiar with the general premise of the classic book Where the Wild Things Are. They remember the part of the book where Max becomes the king of the Wild Things and he plays around with them. They're less monsters and more playful creatures. That's what I think of when I see Concrete Genie, the latest effort from Pixelopus.

With that first impression in mind, I felt a certain tranquility in creating artistic worlds and helping bring colorful monsters to life. Shacknews had the pleasure of going hands-on with Concrete Genie at E3 2018 and it felt like a sublime experience at certain point, though a bit of a head-scratcher in others. 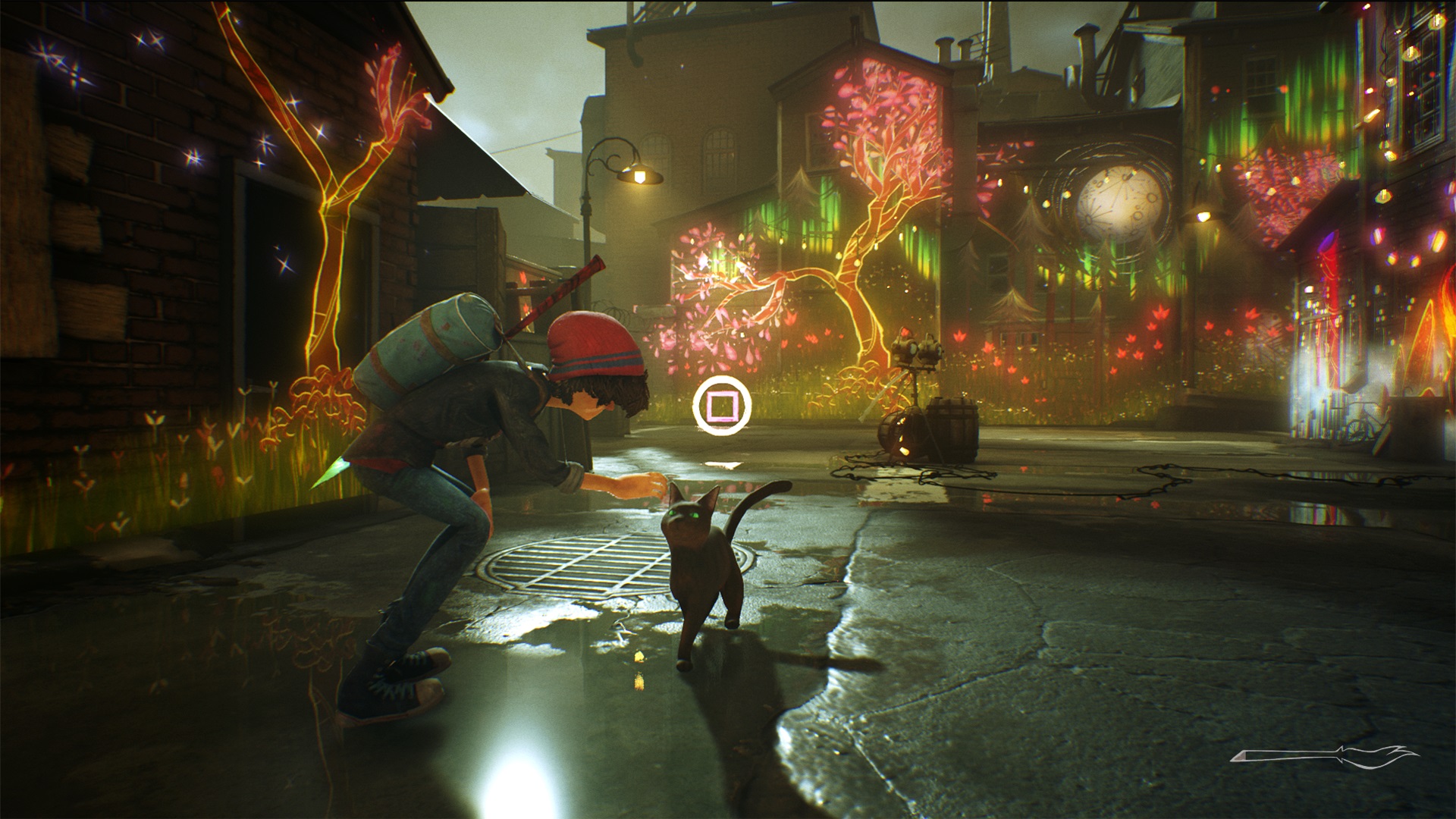 Concrete Genie follows a young boy named Ash. His home has been ravaged by disaster and left in darkness. The idea becomes to help bring light back to the world through the power of art, which Ash is capable of bringing to life. The central mechanic is essentially fancy graffiti with Ash's special brush. He's able to decorate building walls with fields, grass, flowers, and a sun. Before that, however, the idea is to create a monster, called "genies," from scratch.

There are multiple templates for creating genies, with enough freedom to create a genie of different size proportions. I was able to create tall, lanky creatures with four antlers or a single unicorn horn, but I was also able to create a short, stubby beast with no horns at all. Genie personalities will adjust to their look. For example, my taller, skinnier genie had a relaxed, laid-back attitude. 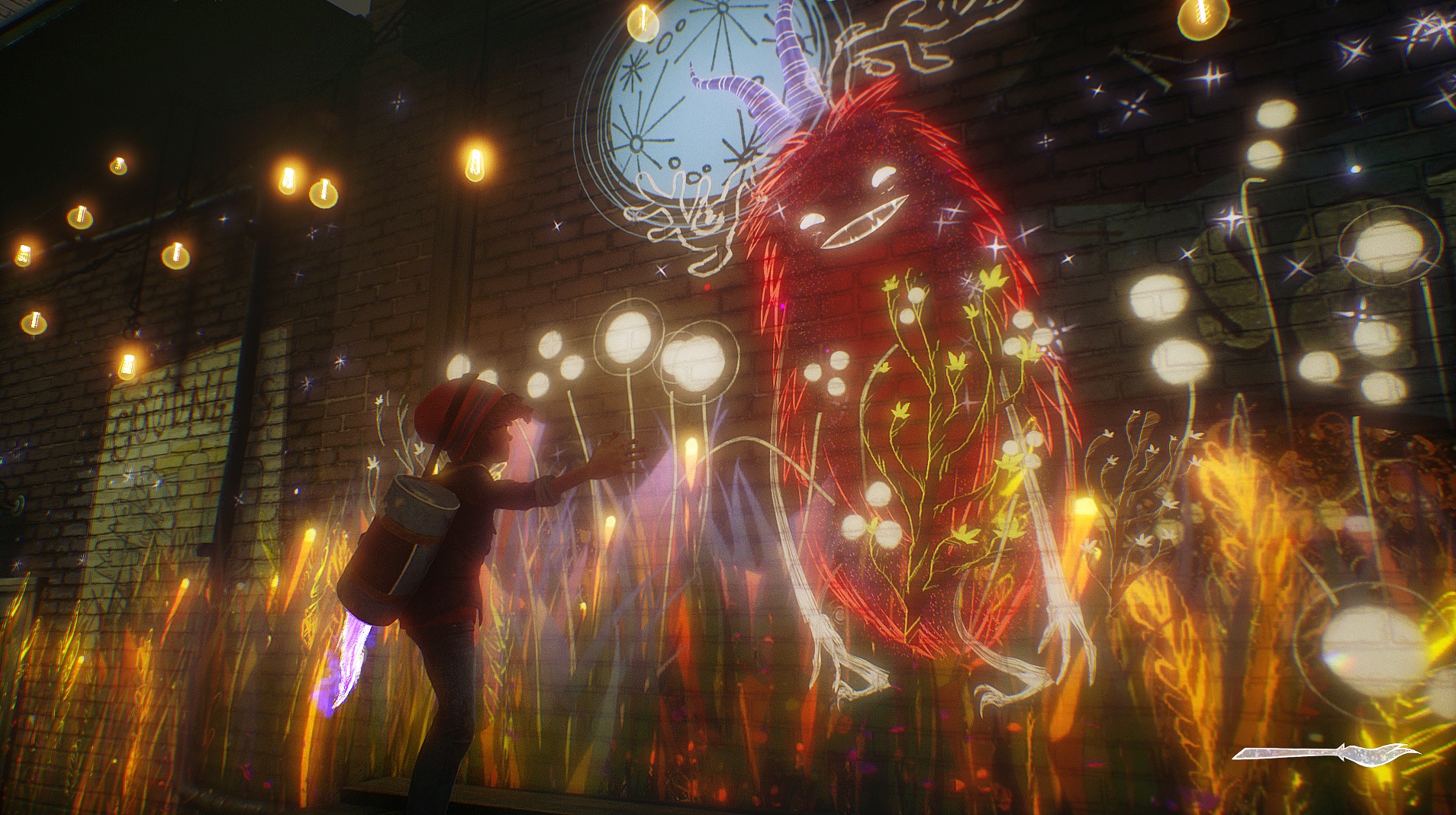 Genies help activate lights surrounding the area and the idea is to bring the genies around the neighborhood so that the entire distract can be illuminated. There are some instances where they'll simply follow Ash around, but many times, they'll request a specific landscape feature. A thought cloud will indicate that they want an apple or butterflies and the genies won't move until they get what they want. Sometimes, they'll ask for something that Ash doesn't have readily available, meaning players will have to run around the neighborhood looking for floating pages that contain new landscape pieces. Genies won't always be able to wander around freely, since there are splotches of darkness on walls throughout the area. But they can power up Ash's brush enough to open up a Super Paint mechanic, which allows Ash to freely brush over any darkness patches and open up the path for the genies to proceed.

For the most part, the process is relaxing, but things intensified a little more upon hitting the second district. This is where Concrete Genie's gang of bullies showed up, patrolling the area and looking to cause trouble. As I went into the painting interface, one of the bullies would rush me and try to steal my brush. That means a different approach is required. Because the bullies patrol the area, the easiest way to complete any painting is to do so on a time limit before they swing back around. There's also the option to climb the rooftops and aim at the walls from up high, where the bullies won't reach. 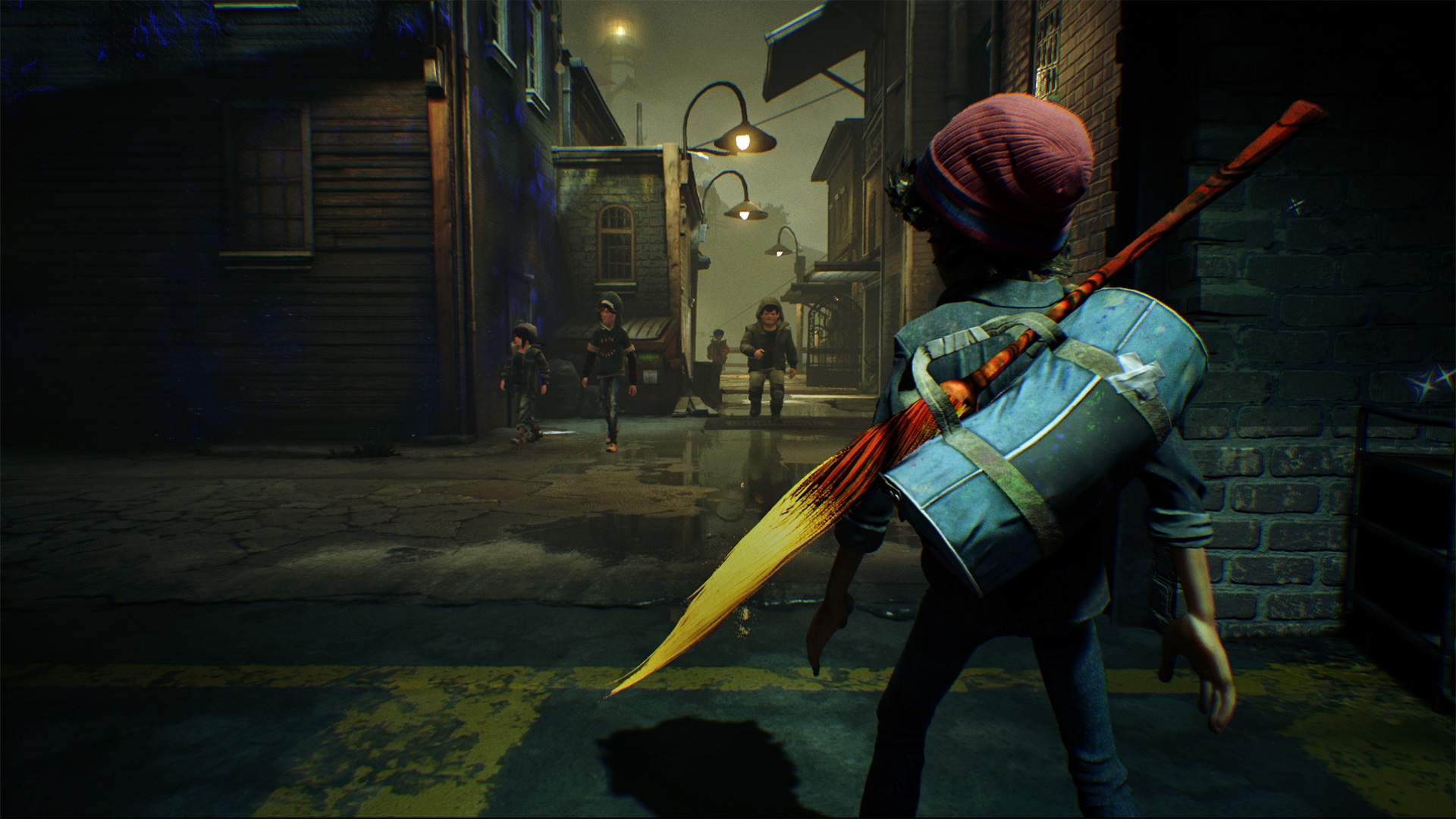 New areas will open up once all of the lights in the district are up, which opens up new stages and a fresh open area for players to fully express their freedom.

Concrete Genie is among the most beautiful games I saw at E3 this year, with a brilliantly creative premise and a wondrous art style. The platforming mechanics of jumping from rooftop to rooftop wasn't always smooth, but the foundation is there for some solid puzzles. It'll be a pleasure to see what else Pixelopus has lined up for their next game, as Concrete Genie hits PlayStation 4 later this year.