Kingdom Hearts 3: Another 6 Takeaways From the E3 2018 PlayStation Showcase Trailer

On Monday morning, Shacknews took some time to break down the Kingdom Hearts III trailer that went up during the Xbox E3 2018 Breifing, foolishly expecting this to be the full extent of the game's presence at this year's show. It was not. It was definitely not.

The same trailer popped up again during Monday morning's Square Enix E3 Showcase, however it was an extended version of the Xbox Briefing trailer. This featured greater looks at potential plot points and more hints as to what players can expect to see.

But that wasn't all. Kingdom Hearts III showed up a third time during the evening's E3 2018 PlayStation Showcase. This trailer was entirely different, focusing mainly on the returning Pirates of the Caribbean world, but also continuing pushing forward the themes set up by the previous trailer.

So what I'm saying is, there's even more to break down, especially for long-time fans of the series. So strap in, because here we go. 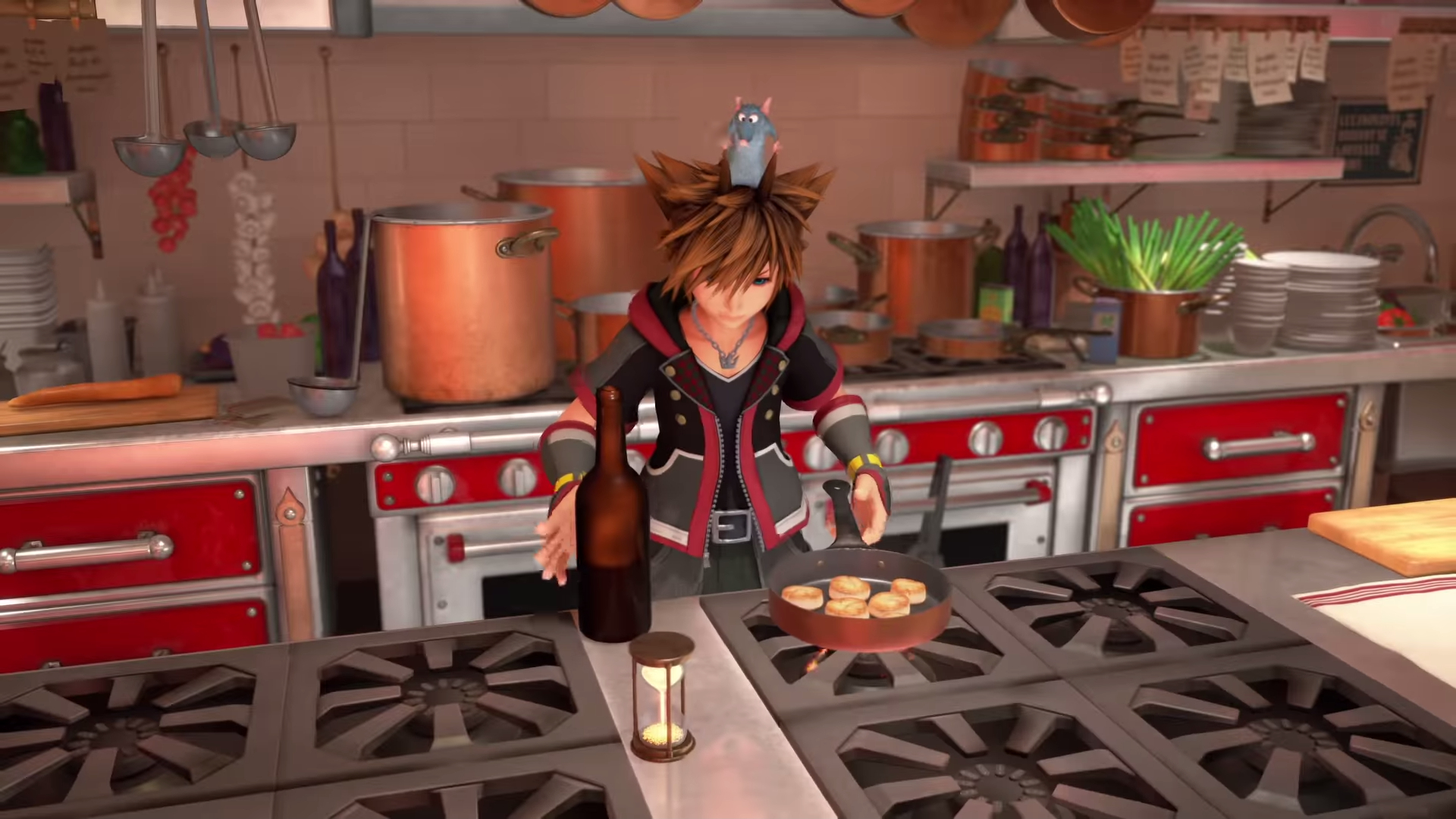 Fans got to see many more of Sora's attacks, combos, and Reaction Commands throughout both trailers. Reaction Commands, in particular, were a big part of the pre-E3 hands-on, which makes it interesting to see Sora add a Disney Carousel and Splash Run rafting attack to his arsenal.

But let's focus on the Link commands, which work in place of the series' old Summon attacks. The hands-on already showed Links that saw Sora invoke the power of Ariel and Wreck-It Ralph. The last few days saw a few more Links get added to the mix, including Simba from The Lion King and... Ratatouille?

Indeed, that's a Ratatouille attack, as Sora can be seen preparing a spicy dish, with Remy controlling him by his spiky locks. It's arguably the most unorthodox of his Link attacks to date and it'll be fun to see how much damage this can potentially cause. 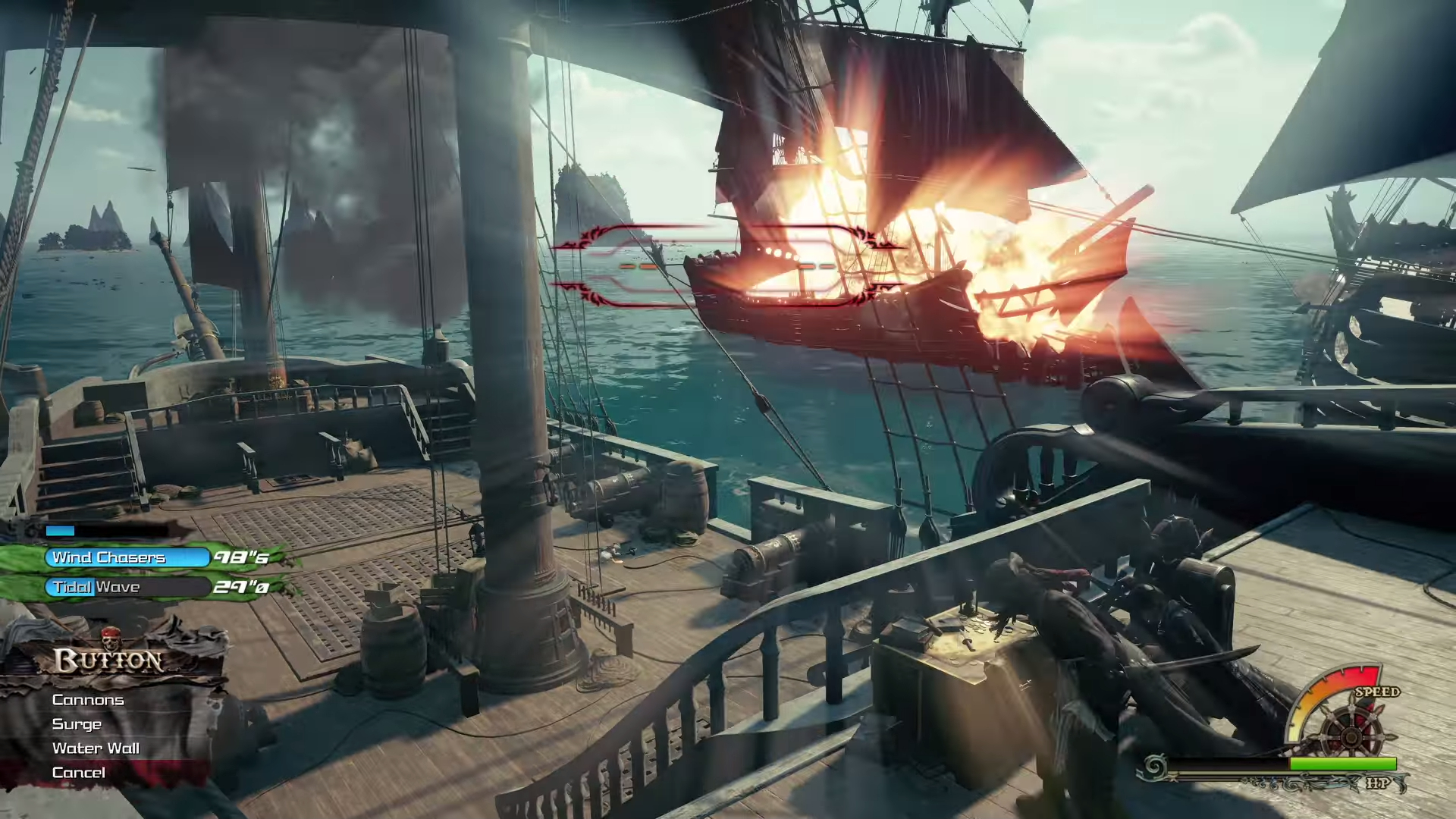 2. I'm Sorry, Are Those SHIP BATTLES?

I'll touch on the bigger plot points in just a second, but let's focus on just how much Square Enix looks to be putting into the Pirates world, starting with ship battles.

Nobody's expecting the quality of Sea of Thieves, Assassin's Creed 4: Black Flag, or Skull & Bones in this stage. But can I just take a quick moment to rave about the fact that the Pirates of the Caribbean world is going to play around with different gameplay ideas? The first thing to note is that there look to be ship battles in place. They'll likely be a small aspect of the stage, but the PlayStation trailer did indeed show Sora and company firing off cannons, aiming their anchor at an enemy ship, and boarding a Heartless vessel. That's a nice diversion from the usual formula.

What else strays from the normal path? Underwater combat looks to be refined, a far cry from the messier underwater gameplay from the first game's Atlantica stage. Sora can also take to the skies by jumping on the backs of flying enemies and guiding them into airborne bad guys.

One thing missing is the Kraken, but a quick peek at a boss fight makes it look like players will get to fight something very similar. Another thing missing? If this stage is following the plot of the second two Pirates movies, which it seems to be doing, then will players encounter the dangerous Davy Jones? 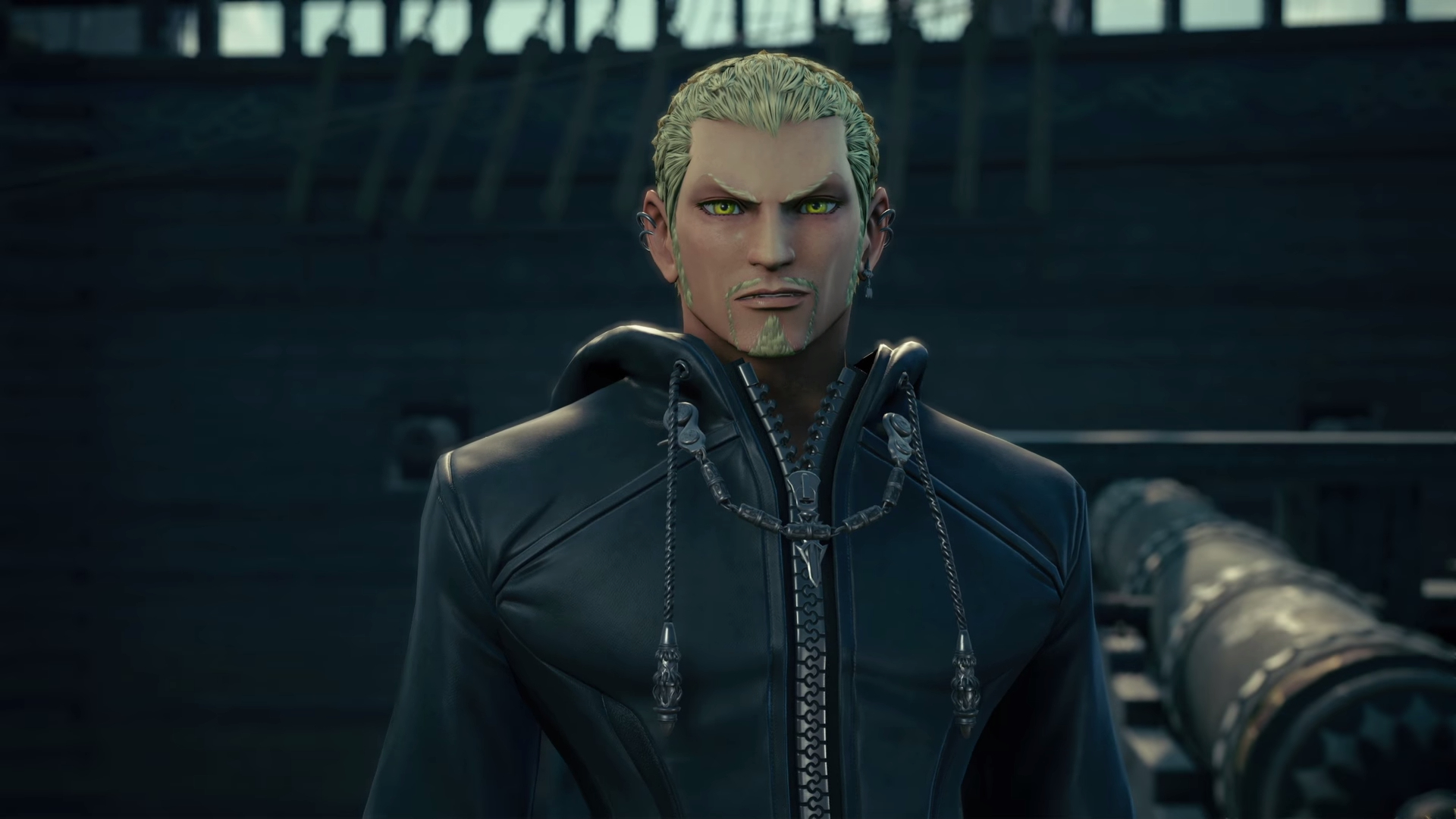 3. How Many Organization XIII Members Are Back and How Many of Them Are Their Normal Human Selves?

This is complex question that stems from an ongoing theme in these features: Breaking down exactly how many enemies killed in Kingdom Hearts II have just magically popped up again. They were dead, but hey, they got better. It's a long list, starting with Ansem and Xemnas (who first showed back up in Kingdom Hearts: Dream Drop Distance) and continuing through the various members of Organization XIII.

Both trailers feature even more returning Organization members. Xigbar, who also made his return during Dream Drop Distance, makes his first appearance in one of these trailers, giving Sora... advice? Xigbar has been a foe throughout the series and has even acted as an antagonist before his fall to the darkness, back when he was Braig in Kingdom Hearts: Birth By Sleep. So it's interesting to see him here telling Sora to accept his heart and find those hearts connected to his, either pointing to Roxas or to the various heroes from throughout the series.

The other familiar face isn't quite so friendly. Series followers will remember Luxord as the ramblin', gamblin' dude of the Organization. Now he's the latest Organization member to be upgraded from "dead" to "very much alive," popping up in the Pirates of the Caribbean world to run afoul of Captain Jack Sparrow a second time. Sora even asks Luxord about throwing his lot back in with the Organization. However, this hooded bad guy's intentions are quite intersting.

Remember the mysterious "black box" that was first mentioned during last year's E3 trailer, but conspicuously hasn't been talked about since? Luxord tells the crew that he's seeking this box, but there's still no indication as to what exactly this box is. Given that Maleficent and Pete are also searching for this box, it's clearly going to be this game's MacGuffin that helps tie everything together and it's something that all of the villains appear to be looking for.

But now let's talk about the resurrected Organization members that appear to be their old human selves and not donning the evil black robes. Yes, there are a few of them, so let's start with Ienzo. He was the apprentice of Ansem the Wise, before falling to the darkness. His Nobody was Organization XIII's Zexion, who met his end in a failed subversion plot in Kingdom Hearts: Chain of Memories. Ienzo has also gotten better, but he looks to be fully human again and aiding Roxas' old friends in Twilight Town.

One thing to remember, however, is that Twilight Town from Kingdom Hearts II was a simulation created by DiZ (a.k.a. Ansem the Wise) and that it was never really a real place. In the Square Enix Showcase trailer, Sora looks to be in the virtual Twilight Town, which seems to hold the key to bringing Roxas back. After all, there's saved data for the virtual Roxas, which Sora learns from Roxas' virtual friends and Ienzo, who may also be a virtual copy and...

Ahem... moving on... Ienzo isn't the only one who returned on the side of the light. Let's talk about Axel. 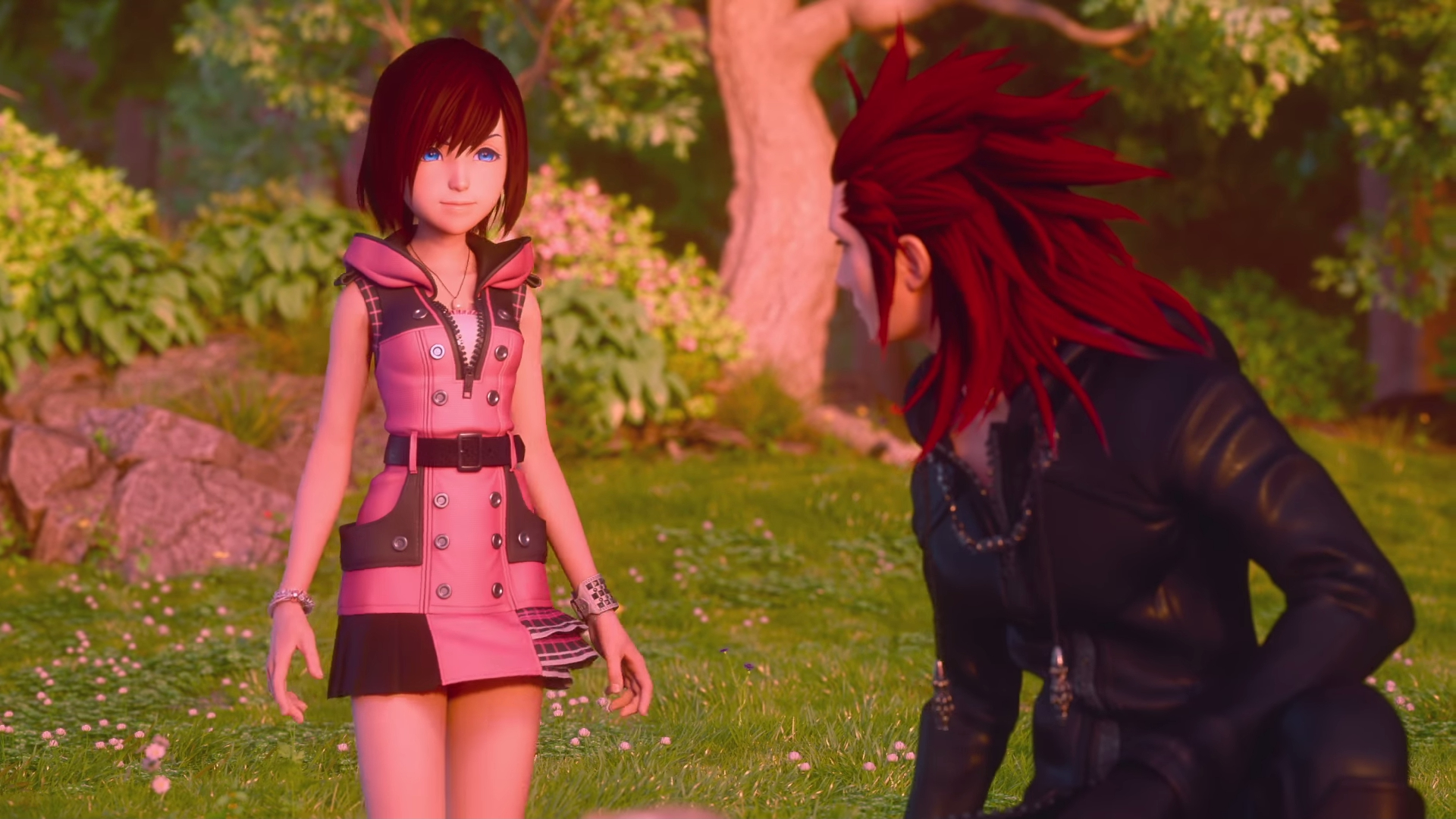 4. Kairi Plays An Important Role and It Involves Axel

Kairi appears to be no damsel in Kingdom Hearts III. She's sporting a whole new outfit and has cut her hair. And recall at the end of Kingdom Hearts II, she has the power to wield a Keyblade herself. She's shown the ability to be a fighter in her own right, even if not necessarily on the level of Sora and Riku.

However, there's someone else entirely new to the hero game who's even less experienced than Kairi. That's Axel, the anti-hero from Kingdom Hearts II. Axel went down the full path of the light by the end of Dream Drop Distance, showing the ability to wield his own Keyblade. But curiously, in that game, despite donning Axel's exact attire, he was adamant that he was Lea, the name of his former human self. In the PlayStation Showcase trailer, Kairi addresses him as Axel, which may just be a slip of the tongue.

Whether he's going by Axel or Lea, he's on the path of a hero himself and it's looking like he's forming a bond with Kairi. A big part of that is likely because Kairi reminds him of Xion, his old friend from Organization XIII who was engineered to be a weapon and perished at the end of Kingdom Hearts 358/2 Days.

Kairi's exact role in Kingdom Hearts III is unknown, but I'd expect her and Axel to interact much more in the actual story. It's possible one will teach the other about wielding the Keyblade, but it's more likely that both will be learning to wield their power alongside each other, just as Ventus, Terra, and Aqua did in Birth By Sleep. 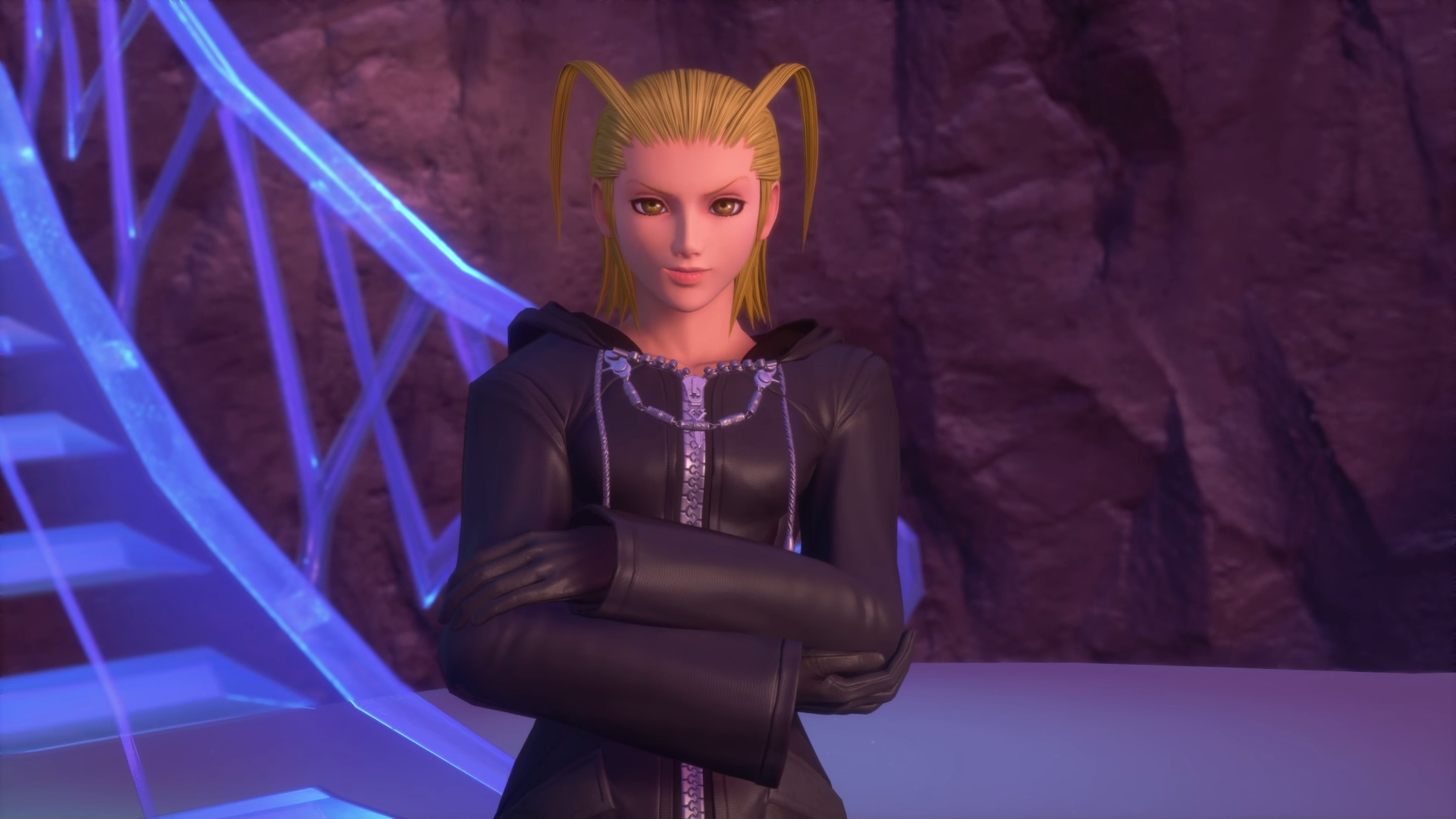 5. There Are Seven New Princesses of Heart

Ah, the times of simpler plot points! Remember way back in the original Kingdom Hearts game, where the central element of the story involved the villains seeking out the Seven Princesses of Heart? They were Aurora, Cinderella, Belle, Jasmine, Snow White, Alice, and Kairi. Gathered together, they would give Maleficent (and later Ansem) the power to open the Final Keyhole and open the door to Kingdom Hearts, which would give them ultimate power over the universe.

On Monday, I discussed the idea of Larxene chasing after Elsa. During the PlayStation Showcase trailer, Larxene alluded to Elsa as one of the New Seven Hearts. That means there are seven whole new Princesses of Heart, who will likely give Xehanort the final path to the all-powerful χ-blade.

So then who are these Princesses of Heart? Do they necessarily have to be pure of heart and devoid of darkness, because Elsa doesn't sound like she fits that description. Is the actual Princess of Heart in this world going to wind up being Anna? And who are the other six princesses? That's a whole new twist that blows the KH3 plot open just a little more. 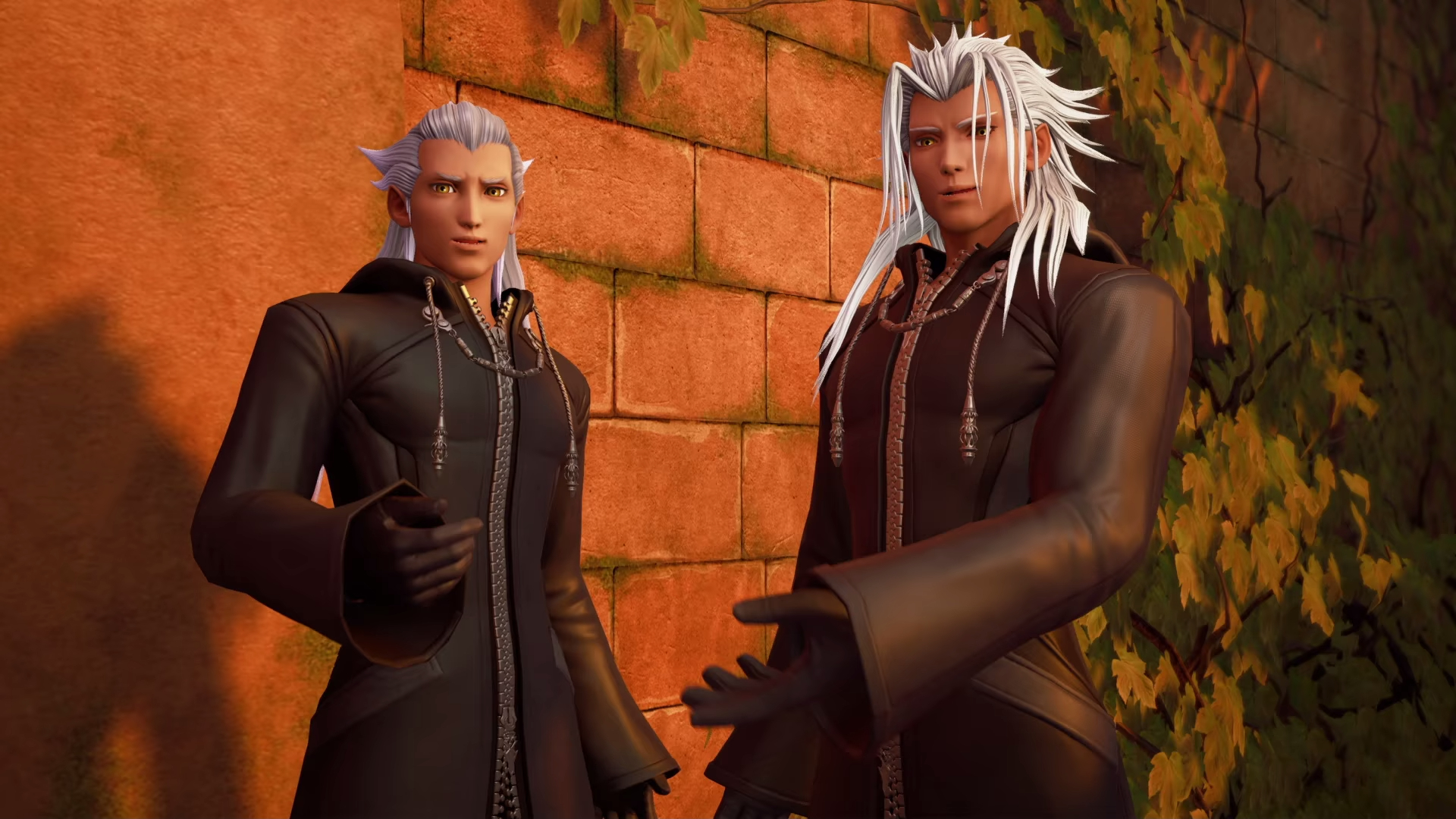 6. Bringing Roxas Back Might Be Part of Xehanort's Plan

A running theme through all of these trailers has been a confrontation between Sora and villains Ansem and Xemnas. Their exchange centers around Roxas, who is thought to be gone forever. After all, if Roxas was a Nobody, then he technically never existed.

Sora, however, is adamant that Roxas is still alive in his heart and seems on board with the idea of bringing him back as his own person. The possibilities of such an idea have been discussed repeatedly. But this story takes a twist when Ansem and Xemnas essentially call Sora on his bluff and dare him to bring Roxas out.

"Nothing would please us more than Roxas's return, of course," says Xemnas.

So wait... is this what they want? Let's remember that Organization baddies are popping back up again, alive and kicking. Does Xehanort actually need Roxas to help bring his master plan together? Is part of the plan re-assembling all of the members of the Organization, including Roxas? And if so, by bringing him back, wouldn't Sora unintentionally be playing into the villain's hands?