You sat in stunned silence back at Extra Life 2015. Your insides felt weird after Extra Life 2017. You wondered how your life led you to Shacklemania back in March. Now, get ready to waste time on Friday night in spectacular fashion with a bite-sized helping of the Shacknews Wrestling Federation’s Friday Night Fight Boys - exclusively on the Official Shacknews Twitch Channel. The carnage begins at 8:30 PM ET (5:30 PM PT). Be there (or anywhere else, I guess).

For those not up to speed with the latest developments from Shacklemania in March, here is quick rundown of what happened:

World Championship
Shacknews Intern Donovan Erskine won the Shacknews Internet Wrestling Championship in an 8-man ladder match, defeating Champion Ozzie Mejia and his boss Asif Khan. This victory stunned the crowd and and absolutely tore apart the Shacknews staff camaraderie. Khan declared that interns can’t be champions. Erskine’s entire personality transformed overnight as he let the championship go to his head. He began referring to himself in third person and started blowing off work assignments.

Some Shacknews staffers asked Khan to take it easy on the intern, forcing the Shacknews boss to draw a line in the sand. Two factions were born: The Productive Citizens, a stable of Khan and his top boys, Greg Burke and David Craddock, and The Nation of Donovation, consisting of leader Donovan and his disciples Charles SIngletary and Crabs Jarrard. The Nation acts like they own the place now and the Productive Citizens are having none of it. Asif Khan has demanded a title shot from Donovan, to which the champion replied, “Stop wasting my flavor. If you wanna come for the king, you’ll have to topple the Nation first.”

Tonight during Friday Night Boy Fights, the Productive Citizens will battle The Nation of Donovation as part of a 6-man tag deathmatch live in the all-new Shacknews battle arena (sponsored by Chips Ahoy! and Dunkaroos!).

xXx_420_WeedLord_xXx Championship
Shacknews Weedlord Solstice managed to successfully defend his hemp belt in a 4-man elimination match against chatty members Haxim, Foo, and (former Shacknews boy) staymighty. It was a bloody affair, but the Canadian crippler came out on top. After the match, he professed his love of spliffs and the awful Calgary Flames. Shacknews Managing Editor Bill “rumpoplays” LaVoy took issue with this and declared a Canadian blood feud by announcing that the Flames suck and the Maple Leafs are the one true Canadian team. These men will settle the score in a First-Blood match during Friday Night Boy Fights. The Weedlord title will not be at stake. 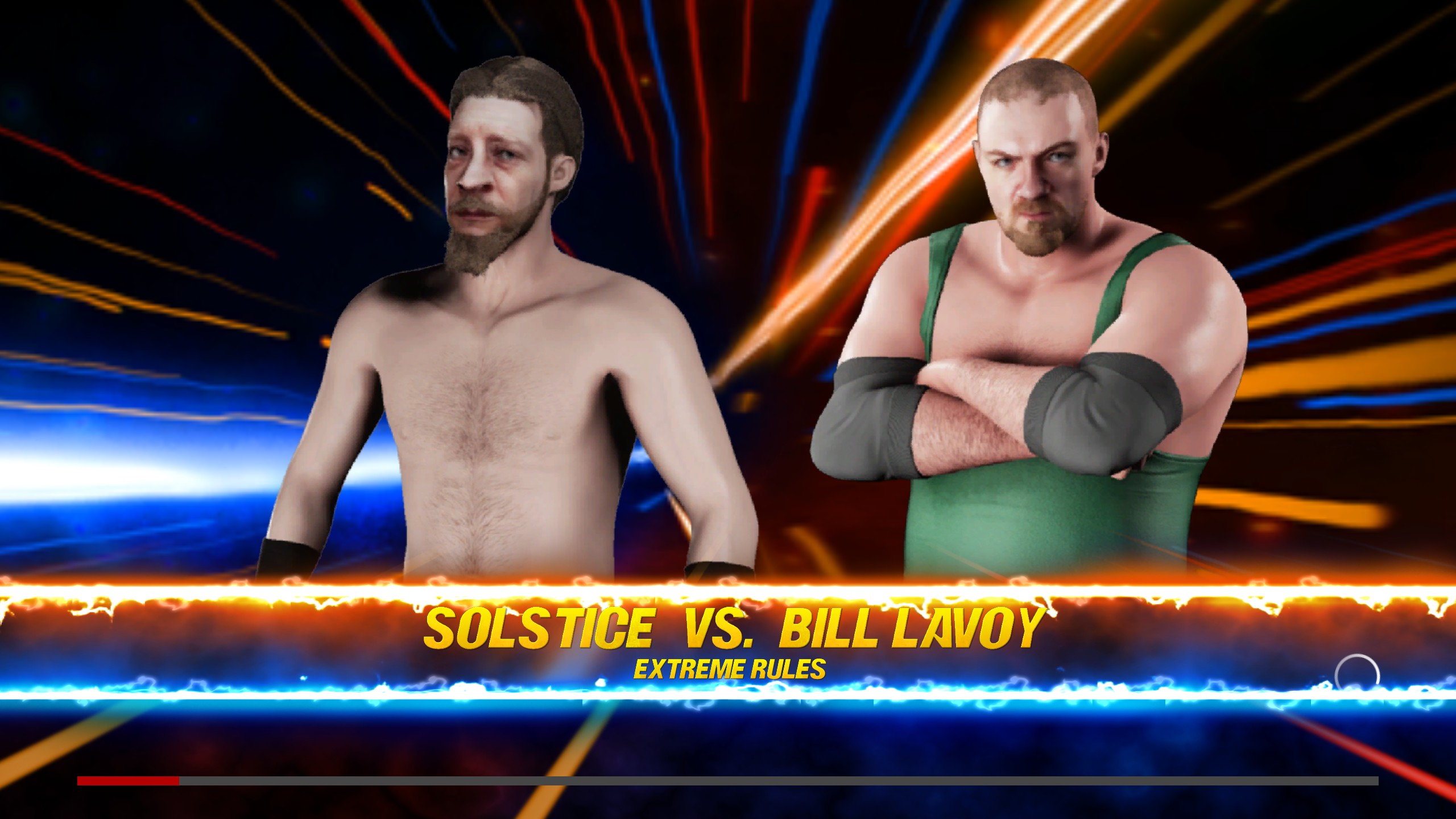 In the weeks since Shacklemania, the creative team behind the Shacknews Wrestling Federation kind of learned how to use Photoshop, resulting in improvements to character quality and streamlining the process or wrestler creation. As a result, many of your favorite Shacknews fighters received a visual makeover. Additionally, all Shacknews staff members are now on the fight roster. A half-dozen new Chatty members have also been added to the roster. Tonight during Friday Night Boy fights will be your first chance to get a glimpse of the future of the Shacknews Wrestling Federation during the build to our next pay per view event (coming after E3).