Star Wars Battlefront 2 Punches It With 'Solo' Content Next Week

Most people reading this have seen Solo: A Star Wars Story by now, right?

With that in mind, Star Wars Battlefront II is ready to continue its Han Solo Season, celebrating all things Han Solo. This latest content drop will include a new battlefield on Kessel, the coaxium mines that every Star Wars fan some Star Wars fans were introduced to in the Solo prequel. This stage will host Blast, Hero Showdown, Heroes vs. Villains, and Extraction modes. 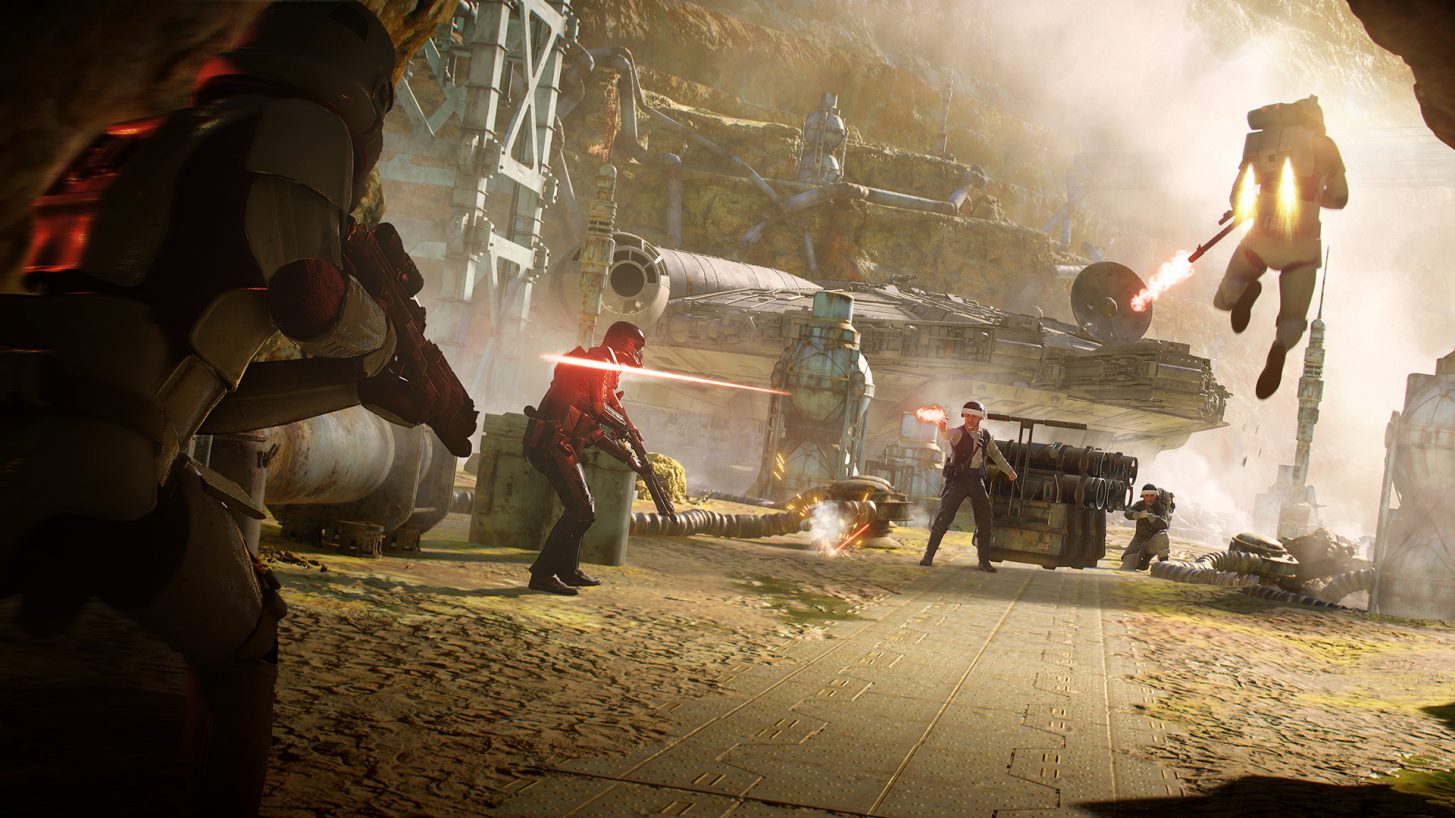 Did that say "Extraction" mode? Indeed, Extraction Mode makes its return from the first Star Wars Battlefront, tasking an infiltration squad with retrieving and escaping with a payload.

Players can also look forward to various bits and pieces from the soon-to-be classic half-decent summer popcorn flick Solo: A Star Wars Story popping up in the game. That includes the Millennium Falcon as it looked when it was owned by Lando Calrissian, as well as new Appearances for Han, Lando, and Chewbacca based on this year's summer blockbuster box office misfire.